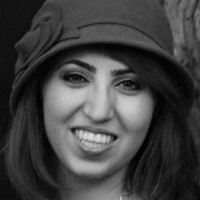 The Blogs
Olivia Friedman
Apply for a Blog
Advertisement
Please note that the posts on The Blogs are contributed by third parties. The opinions, facts and any media content in them are presented solely by the authors, and neither The Times of Israel nor its partners assume any responsibility for them. Please contact us in case of abuse. In case of abuse,
Report this post.

Earlier this week, my husband reached out to his brother in Boro Park. He wanted to know whether the kollel at which he learns had been closed. “No,” his brother replied, “my Rosh Yeshiva doesn’t want to be the odd fish. When the other institutions close, he will close.”

My husband, frustrated, compared this to the sin of the Golden Calf. When all the other Israelites were rebelling against God, the tribe of Levi stood fast. “Sometimes it’s necessary to be an odd fish,” he wrote. “That’s exactly what the tribe of Levi was.”

In this time of coronavirus, what has become clear is that all is not well with the leadership of yeshivish and Haredi institutions. In an email sent out to members of the Chicago community, a rabbi explained the psak [ruling] he had received that allowed his synagogue to remain open. His impassioned words were, “Losing our makom tefilah [place of worship] is a last resort, and even if we only get to daven [pray] one more mincha [evening prayer] with a minyan [quorum of ten men]  it will have been worth it.”

This passion is what characterizes many members of the Haredi and yeshivish communities. They are truly pained by the idea that synagogues, kollels and other institutions of learning must close. However, what they do not realize is that their focus on ritual is a form of idolatry. They desire their daily routines- worshipping together with a quorum, reading aloud from the Torah, celebrating happy occasions such as weddings and brit milah – over service to God. Deuteronomy 4:15 is explicit about our obligation to guard our souls, and pikuach nefesh [danger to life] is one of the strongest principles in Judaism. And yet, the rabbis could not believe.

In Samuel, the prophet rebukes King Saul and asks, “Does the Lord delight in burnt sacrifices as He does in listening to the voice of God? Behold, to obey is better than to sacrifice, and to listen than the fat of rams. For rebellion is as the sin of witchcraft, and stubborness is like idolatry and terafim” (I Samuel 15:23-24).

Jeremiah also focuses on those who prefer ritual to religion. He scathingly decries those who persist in bringing sacrifices while serving idols, stealing, murdering and otherwise behaving in terrible ways. He declares that God wants obedience. But he concludes that despite God’s attempts and Jeremiah’s warnings, the people have “hearkened not, nor inclined their ear, but walked in their own counsels, even in the stubbornness of their evil heart, and went backward and not forward” (Jeremiah 7:24).

This week, most members of the Haredi leadership have finally decided to pay heed to the warnings of medical experts. They have closed their shuls, kollels and schools. That is a blessing. But there are still outliers, people suggesting that all we need to do is have more faith in God, and we will be cured. There are Jewish weddings that need to be broken up by police. As of last night, there was a minyan taking place outside of the Shomer Shabbos shul on 13th Ave. These people believe they are being heroes for the sake of God. They are not. They are worshipping idols- worshipping their own comfort with their routines and ritual over God’s clear directives.

God wants you to serve Him. Not idols.

About the Author
Olivia Friedman teaches Tanakh, Oral Law & Jewish Thought at Ida Crown Jewish Academy. She has a Masters in Teacher Leadership & Gifted Education from Northwestern and lives in the Chicago area with her husband and two children.
Related Topics
Related Posts
Comments