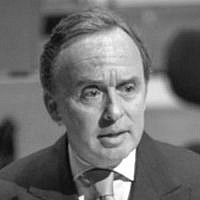 The Blogs
Julius Meinl
Apply for a Blog
Advertisement
Please note that the posts on The Blogs are contributed by third parties. The opinions, facts and any media content in them are presented solely by the authors, and neither The Times of Israel nor its partners assume any responsibility for them. Please contact us in case of abuse. In case of abuse,
Report this post.

Seventy-four years after the Holocaust, we have a unique opportunity both to remember the horrors of the past and ensure that those memories serve as a reminder of the importance of the fight against antisemitism which, sadly, we must still wage today.

Nowhere is that clearer than in the story of Franz Murer, the butcher of Vilnius. Murer was a Nazi. He was an Austrian SS officer who ruled over the Vilna Ghetto, here in Lithuania. Vilnius was known at the time as “the Jerusalem of Lithuania” and its Jewish population numbered over 80,000. Murer’s involvement in the brutality of life in the ghetto was never forced upon him, he undertook his role with sadistic cruelty. Despite being convicted by the Soviet Union and being sentenced to 25 years hard labour, he was quickly released as part of an agreement with Austria, the country of his birth.

In 1963 he was put on trial again for the murder of 17 people, this time in Austria. Survivors of the ghetto testified to his cruelty and provided first-hand accounts of the murders he committed. They shared heart-breaking details. But Murer was acquitted in what remains to this day, one of the gravest miscarriages of justice Europe has ever seen. His was a case of a system, desperate to cover up the crimes of its past.

Today, the fight for justice is waged through education and an unwavering commitment to the fight against antisemitism. And in Europe today, it is a fight we have yet to win.

We stand here in 2019 and not since the end of the Second World War have Jews felt less safe in Europe.  It should be unacceptable there are Jews who wonder if they should have a suitcase packed in case they need to flee once more.

The source of antisemitism varies – from the far right to the far left to radical Islam. It is thinly disguised as criticism of Israel or sickeningly conveyed through centuries old conspiracy theories. Jewish journalists are targeted online with their faces superimposed on to those of Holocaust victims. Jewish politicians are subjected to vile abuse and death threats. Jewish schools are guarded by the police and even the military. Synagogues require volunteer security guards just to operate and in too many places Jews feel the need to hide their identity. Antisemitism is no longer hidden or confined to the dark corners of the internet. This past week an Italian Senator shared the protocols of the Elders of Zion on his social media channels.

If Europe has forgotten, it is our responsibility to remember.

I am proud to be part of the leadership of the World Jewish Congress which has been at the forefront of this struggle since its foundation 80 years ago. We represent more than 100 affiliated communities and organizations from across the globe and as the WJC Commissioner on Combatting Antisemitism my mission is clear – to identify and proactively counter every expression of antisemitism, to respond to every antisemitic attack and to work to educate about the sickness of antisemitism in all its diverse manifestations. Our approach to antisemitism should be clear – zero tolerance.

One of our top priorities is the international adoption of the full IHRA working definition of antisemitism. That should be the global standard. No caveats. No ifs and no buts. The IHRA definition includes within it crass and offensive Nazi analogies, it includes classic antisemitic tropes which remain all too common on the left and the right of global politics and it includes the calls for the destruction of the only Jewish state in the world.

Alongside the IHRA definition we will continue to focus on education which is the key to addressing and combatting hate in the long term. Only by investing in our young people can we help them to build a world where there is no place for xenophobia and discrimination. That is why we launched the joint UNESCO and WJC “Addressing Antisemitism Through Education” project.

The project seeks to move us from words into action. We will work with UNESCO to provide policymakers with the knowledge they need to educate young people and with an understanding of why that education is so important. We will support national governments, provide expertise through regional workshops and help UNESCO use its voice to clearly and emphatically reject all forms of antisemitism.

As we remember the Holocaust, we remember our responsibility to ensure that the darkness of those years never returns.

About the Author
Julius Meinl is the Commissioner for Combatting Antisemitism of the World Jewish Congress.
Related Topics
Related Posts
Comments