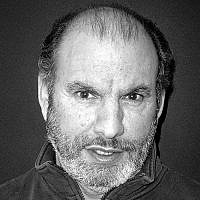 The Blogs
Dan Calic
Apply for a Blog
Advertisement
Please note that the posts on The Blogs are contributed by third parties. The opinions, facts and any media content in them are presented solely by the authors, and neither The Times of Israel nor its partners assume any responsibility for them. Please contact us in case of abuse. In case of abuse,
Report this post.

Time has come to realize the status quo has to change.  Whether we like it or not, the civilized world has become part of an unwanted war.  The question is are we honest enough to acknowledge this, and correctly identify who the players are, and what their goal is. If so, an examination of Islam and Muslims is essential.

Events such as the terrorist attacks in France have again put the issue on the tip of everyone’s tongue. Not unexpectedly, we hear stark contrast when describing said events, players and goals. The politically correct camp says the perpetrators are ‘terrorists,’ who have nothing to do with Islam.  In September for example, President Obama said “ISIS is not Islamic.”  Others in the same camp include French President Hollande,  the UK’s David Cameron, and many other world leaders.

To those who share to this view, my question is if these terrorists aren’t Muslim, and don’t represent Islam, who are they, and what do they represent? Are they Christians, are they Jews, or are they seculars who don’t believe in any god?

I think it’s safe to say they aren’t Christians or Jews. Thus, can we get a consensus they are indeed Muslims? If so, the next question is do they represent Islam? This is where the rubber begins to meet the road. Some Muslims and non-Muslims say Islam is a peaceful religion, and those who murder in its name have ‘high jacked’ Islam. Really? Let’s take a closer look.

We Do Not All Pray to the Same God

Whose name is invoked when the terrorists perpetrate their atrocities? The God of the Bible? No, they invoke the name “Allah,” the god of Islam. We should not be deceived into thinking Allah is the same as the God of the Jewish and Christian Bible. The adage “we all pray to the same god is easily debunked, and not just by Christianity and Judaism. It’s debunked by Islam itself.  Their holy credo is “there is no god but Allah, and Mohammed is his messenger.” Islam’s holy book- the Quran further debunks the “same god” notion with this quote- “no son did Allah beget, nor is there any god along with him.” [23.91] Both of these quotes are designed to identify Allah, Mohammed and Islam as having no connection with any other god, prophet or religion.

Some other quotes from the Quran are worth noting. For example-

With such quotes, why would any Jew or Christian consider praying to a god who curses them? It seems pretty clear Allah is considered to be unique….and superior vs. any other god. Time has come to recognize we do not all pray to the same god.

As for Islam being a peaceful religion some additional quotes from the Quran are revealing. For instance-

There are numerous similar quotes in the Quran. Do they reflect a peaceful religion?

Something else worth noting- 80% of the world’s Muslims consider Saudi Arabia as Islam’s holy nation. The Saudi flag has the Shahada [Islam’s credo] on it, along with one symbol- a sword. Does this advocate peace? Hardly.

So is what is the average person supposed to think about Islam and Muslims?

Maybe one way to examine this is to look at Christianity and Judaism for a moment. Both religions have a wide variety of sects, especially Christianity. Catholics and Protestants represent the largest separation on key issues. There are thousands of denominations which have different interpretations of the Bible and theology. Yet, they are all seen as Christians and part of Christianity. No one disputes this.

Among Judaism there are different movements and sects as well, again representing different interpretations. They  are all seen as Jews and part of Judaism. Again, no one disputes this.

Yet if a Muslim acts in accordance with scripture in his holy book, who has the right to say said person, or sect is not Muslim? We certainly have the right to disagree, and express outrage with their action. However, it’s time we come to terms with the fact these people are indeed Muslims and are just as much part of Islam as Muslims who disagree with them.

Sugar coating the issue, under the guise of political correctness serves no purpose other than being a naïve fear based attempt at appeasement. This has proven to be utterly ineffective.  How can you defeat an enemy if you refuse to name it?

Moreover, we can no longer afford to routinely dismiss them as a tiny fraction of radicals. In fact, the term “radical” doesn’t exist in the Islamic world. “Radical” is a term invented in the west to identify those Muslims who consider themselves as Islam’s true believers, or fundamentalists.

A Minimum of 50 Million Terrorists

The bigger challenge is how does the world deal with it? This is a far more complex issue to address because we are fighting an ideology. Their ideology requires Islam to be viewed as the only true religion, which must be dominant. (see above quotes) Their goal is to rule the world. Their “messiah” or Mahdi, is supposed to return to oversee the annihilation of the Jews and Christians in order to usher in their version of salvation.

Such an ideology leaves no room for peaceful coexistence with other religions.

It’s time we recognize there is a global theological battle going on for the souls of all humanity. No doubt there are those reject that notion, however this won’t make it go away. It exists like it or not. We face an enemy who believes their god is greater than the God of the Bible, and they will not compromise, or alter their agenda. Compromise is seen by them as blasphemy, which is punishable by death. This is a major reason why so many Muslims die at the hand of other Muslims. Those who kill other Muslims think of themselves as representing “true” Islam and must ‘defend’ it by killing those who are seen as compromisers. (“disbelief is worse than killing“)

One final point- the salvation of Christians and Jews does not require the annihilation of Muslims. However, since Islamic salvation requires our destruction, how many ‘wake up calls’ such as events in France, will it take for us to recognize who our enemy is…before it’s too late?

Dan Calic is a writer, history student and speaker. See additional articles on his Facebook page