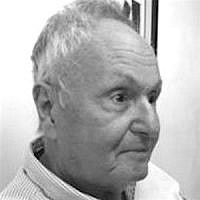 The earliest mention of London Bridge was in 1218 AD. Thus, King David’s anointment as ruler in Hebron in 1001 BCE was only 2,200 years before the English could cross the Thames River without getting their feet soggy, and almost 3,000 years before the British army got its boots wet with Jewish blood when it stood by and let the Arabs massacre Hebron’s Jewish population in two pogroms (1929 and 1930).

London Bridge is only 3,500 miles away from the USA, while the BBC’s coverage of Hebron and the West Bank is infinitely further from accurately covering events there. By describing 3,000 years of Jewish settlement in the city as “occupation” and violent Arab attempts at ethnic cleansing as “legitimate rights”, the BBC’s English service has become a direct translation of their Arabic one. The King’s English has therefore been relegated to a court jester’s babbling narrative of events there.

With journalistic integrity replaced by convenient historical illiteracy motivated by extreme left-wing ideology, the BBC should constantly be reminded:

Hebron is no longer occupied. It is settled, with many of the settlers coming from the same country where London Bridge is now to be found.

The Church of England should have taught them that Jesus lived and died in the occupied West Bank. Then, the occupiers and mass murderers were Romans; today, they are Palestinian Arabs. Instead, the “Gospel According to the British Foreign Office” taught you that when the Jordanians invaded the West Bank in 1948, and occupied it until 1967, it was not labeled “occupied.” It only became so when the Jews reclaimed it after nearly 2,000 years. Neither British Foreign Office bureaucrats nor United Nations SS men can set historical statutes of limitations. No matter how impervious to fact and receptive to fiction they are, at the end of the day we will be left with our precious West Bank, and they will be left with their worthless resolutions.