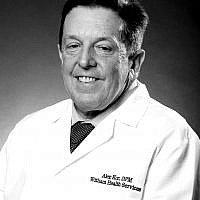 The Blogs
Alex Kor
Apply for a Blog
Please note that the posts on The Blogs are contributed by third parties. The opinions, facts and any media content in them are presented solely by the authors, and neither The Times of Israel nor its partners assume any responsibility for them. Please contact us in case of abuse. In case of abuse,
Report this post. 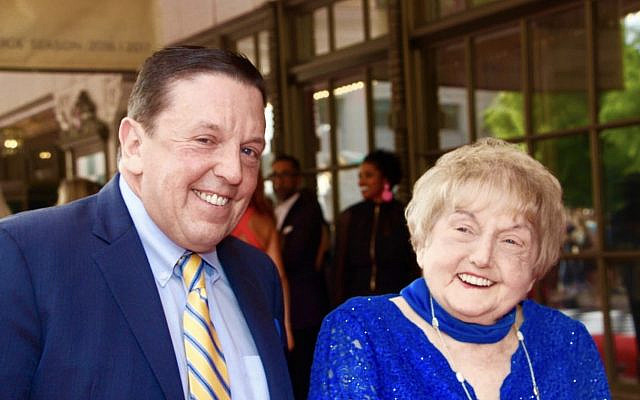 Alex Kor and his mother Eva, an Auschwitz survivor (courtesy)

I am second generation.  My parents both survived the Holocaust.  My father Mickey Kor was from Latvia and survived four concentration camps. My mother Eva was from Romania and survived Auschwitz.  Later in life she had the courage to forgive the Nazis that had tortured her and murdered her family, but she never gave up fighting for justice.

My parents are gone, but I hear my mother’s voice in my head. “Has the world not learned anything from our past?”  She would be furiously tweeting for help in “tweeterland” as she called it. She would be calling local politicians, publicly demanding more action. She would yearn to help the children affected by this tragedy, because she had been a helpless child subjected to experiments in Mengele’s lab. My dad would be writing letters to the editor, attempting to generate public sentiment and demanding immediate action.

Now it is down to me as the inheritor of their legacy to take action.  They taught me that it is possible to be strong, just like we are seeing the Ukrainian people right now, but they also knew what it was like to be alone, and for the world to be too slow to act.

I am not a politician nor a historian, but I see politicians repeating the mistakes of history . Procrastination and endless excuses facilitated Adolf Hitler’s destructive intent in the run up to World War II. Today, Putin is banking on our inaction and our silence.  I cannot sit on the sidelines. My heritage demands it. I have voiced my opinions to my local politicians, I have offered help to the agencies in Romania and Poland  providing shelter for refugees. I have been in contact with Yaakov Bleich, the Chief Rabbi of Ukraine, to let him know we care.

The heroic efforts of the Ukrainian people remind me of the tenacity with which the Jews persevered against the Nazis.  Then it was not seen.  Today, thanks to social media we see their bravery blow by blow, day by day.

My parents were peace loving people, but they would want more weapons delivered to the Ukraine swiftly. They taught me that self defense is a right. It is also in our interest.  If Putin is not stopped in Ukraine, who is next?  I find it difficult to conceive that the memorial at Babi Yar was bombed today, less than three years after my mother’s death.  Even she would be speechless.

Ukrainian President Zelensky understands what it means to inherit the legacy of the Holocaust. He has risen to the occasion and captured the hearts and minds of the world. Let’s ensure his courage is not in vain. As I look to the heavens to ask my parents what should we do, I am afraid that the world will act too late.

About the Author
Originally from Terre Haute, Indiana, Dr. Alex Kor is the son of two Holocaust survivors (Michael and Eva Kor). He has a B.S. in Chemistry from Butler University and a M.S. in Exercise Physiology from Purdue University. He received his D.P.M. (Doctor of Podiatric Medicine) from the Dr. William M. Scholl College of Podiatric Medicine in Chicago. Dr. Kor is a full-time podiatrist for Witham Health Services in Lebanon, Indiana, and is a Clinical Assistant Professor for Marian University College of Osteopathic Medicine. He has traveled to Auschwitz more than twenty times with his late mother since 1985, is a Board Member of the CANDLES Holocaust Museum and Education Center in Terre Haute, IN, and has helped in establishing a new exhibit at the Indiana Historical Society in Indianapolis ("Eva Kor: From Auschwitz to Indiana) scheduled to open on 12 March, 2022.
Comments