An old Jewish joke (which has some phrases and particularly the punch line is much better in Yiddish) goes like this:

A funeral is being held in the sanctuary of the synagogue. The coffin is in front, a couple of feet from the Bima. The rabbi begins with eulogy (Greek: “good word”) about the deceased, “Michael was a Mensch (a fine man), a baal tzedaka (generous), and always came to shul for the morning minyan.”

Suddenly, from the back of the room, someone shouts out, “Give him some chicken soup!”

The Rabbi ignores the outburst and continues with his honest praise for the deceased man, “Er iz gevayn an ehlicher Yid (he was an honest man), with a true ziesse neshoma (sweet soul), a feiner Yid (a fine Jew).

Once again from the back of the room in a loud voice that everyone could hear, “Give him some chicken soup!” This happens once or twice more, and finally the rabbi looks up from his notes, gazes toward the back and says, “Es vet gor nit helfen (it won’t help).”

Then, once again from the back, the voice, “Es vet gor nit schatten (it wouldn’t hurt!)” 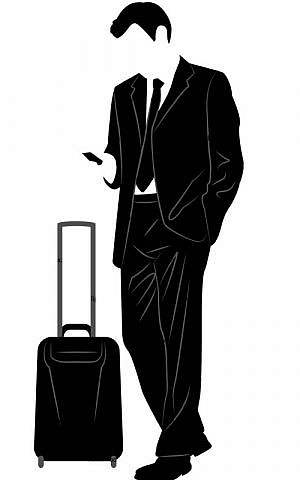 I’ve known this joke for years, but it finally clicked as I was leaving a waiting room recently and noticed almost all of the others staring intensely and deeply engaged in what they were watching on the little illuminated screens of their cellphones. The scene is nothing new nowadays. We see it on buses, the Washington Metro, people standing in line for a Kosher hot dog at Nationals Park during the 3rd inning of a slow game, even people waiting outside the doors of the bathrooms during intermission at Fiddler on the Roof, waiting for 23 people ahead of them to finish because they didn’t leave their seats quickly enough.

So my high school math, poetic talent for juxtapositions and out-of-the-box pushing-the-logical-envelope mind came up with this:

If just 1/500,000th of the people on cellphones at any given moment put them away and substituted any edition of Pirkay Avot and acted on its wise words, wouldn’t this be a better world for all of us?

True, it wouldn’t stop Iran and North Korea from threatening their parts of the world with nuclear destruction, wouldn’t stem the flow of deaths from the tidal-wave-presence of oxycontin and subsequent deaths from abuse, or a certain percentage of unhinged psychopaths becoming serial killers.

Still, I believe, when you get down to it,  es vet gor nit schatten – it wouldn’t hurt.