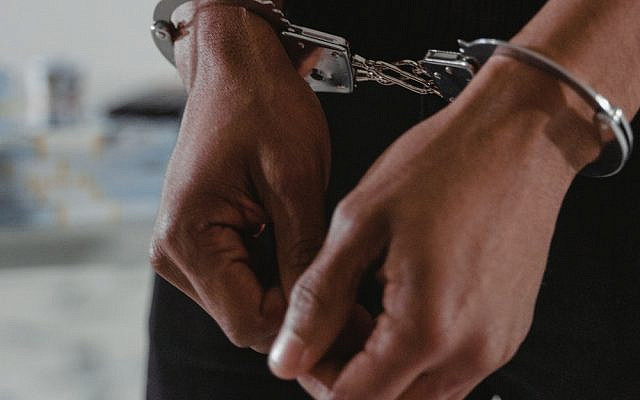 This is the most important advice you’ll get if you’re a native English speaker and you’ve been arrested. It’s what I tell my clients during their first phone call to me. If you get arrested only speak in English even if you understand Hebrew. And here’s why…..

There are over a 1/4 of a million native English speakers in Israel. It’s for that reason my office newsletter, our enhanced website, and my hundreds of instructional videos and numerous eBooks are all in English. Hait Family Law is renowned for being one whose primary clientele are from the Anglo-Saxon communities.

About three years ago we began to get calls from English speakers needing criminal representation. They wanted someone who understands their language and mentality at a time when they were being accused of committing a crime. That’s when we added a criminal law division to our other services.

There was a recent case of a renovations contractor who was accused of building violations. The English-speaking contractor had been interrogated in Hebrew by the inspector who was on hand.

When the case went to court, the prosecutor said that the inspector from the municipal oversight department arrived at the home of the accused in response to a complaint about work that was being done at the building site. The inspector photographed the violation and obtained a confession from the suspect during which he admitted he changed the windows in the wall that was built into the pre-existing addition.

Exoneration for being an Anglo

When the judge heard the claims of the prosecutor, he requested that the inspector tell him in English, exactly how he had related the warning that anything the interrogated person says during the interview can be used against him. The interrogator was unable to translate this sentence into English and he claimed that he simplified his Hebrew words for the accused.

The judge did not find any evidence of the building defects that the contractor was being accused of. What the judge did comprehend was that there were deficiencies in the interrogation that the inspector carried out with the accused.

Among other things, he wrote that the accused did not understand Hebrew. The interrogation should have been conducted in English, a language the inspector was not able to speak.

As expected, the contractor was exonerated.

So remember, if you get arrested only speak in English even if you understand Hebrew. Explain to the police or your interrogators that your Hebrew is not good enough for conversation. Do not sign any document that is written in Hebrew and write on the document, in English, that you do not understand what it says because you do not have a proper command of Hebrew. Speak only in the language that you know fluently.