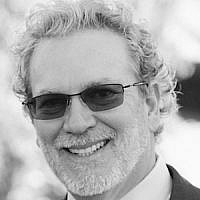 The Blogs
Jack Saltzberg
Apply for a Blog
Please note that the posts on The Blogs are contributed by third parties. The opinions, facts and any media content in them are presented solely by the authors, and neither The Times of Israel nor its partners assume any responsibility for them. Please contact us in case of abuse. In case of abuse,
Report this post.

Unique to our cause célèbre-obsessed society is a focus on causes that are well-marketed rather than important. The best example is when 88 artists signed a letter [as of this post] urging the Lincoln Center to cancel the play, To the End of the Land, because the production received a partial subsidy from the government of Israel. If their position is that a government’s policies extend to all its citizenry (including artists), then let’s see if they are consistent in their global activism, or just glomming onto a successfully-marketed campaign against Israel — in this case, the Boycott, Divestment, and Sanctions (BDS) movement.

First, consider the US government’s wars in Iraq (I or II), the US invasion of Afghanistan, and the recent travel ban against six Muslim-majority countries. If the artists were opposed to any of these or other US policies, have they refused funding, or to participate in any productions that received funding from the National Endowment of the Arts (NEA)? The same NEA that is supported mostly by the US government. Have artists called on theaters to cancel plays that received NEA funding? Or have they urged the NEA to stop accepting funding from a government whose policies they find so abhorrent?

Have these artists participated with Chinese artists or visited China, the largest authoritarian state in the world? The Chinese government murdered 45 million people in a four-year period and has occupied Tibet for nearly 60 years. Where is the outcry against China and the boycott of its artists and films?

Have they refused to work with those Palestinian artists who receive funding from the Palestinian Authority (PA)? The same PA that was democratically elected and funds families of terrorists who have murdered thousands of Israeli civilians. Have they signed letters against the PA, where LGBT people are routinely tortured and murdered, and are forced to flee to Israel for safety? Did these artists exert pressure on the PA when it refused the government of Israel’s offer in 2008 to return 97% of the West Bank and the creation of an independent Palestinian state?

Did these artists boycott Palestinian artists from Gaza? Gaza, where the Hamas government has fired more than 11,000 rockets at Israeli citizens, starting on the first day that Israel completely withdrew from Gaza in its entirety. Where the Hamas government diverted international funds meant for hospitals, and instead built more than 40 terrorist tunnels into Israel.

Perhaps these artists boycotted fellow artists from Russia, Saudi Arabia, Pakistan, Sudan or Syria, bastions of human rights violations? Are these artists boycotting the Beverly Hills Hotel because it is owned by the Sultan of Brunei, the leader of a country where laws enforce flogging of women, amputation for theft, and stoning to death for homosexuality, adultery, or perceived display of contempt of Muhammad?

Did these artists even considered how many Israeli artists, and particularly those in the Lincoln Center production, are opposed to policies of the government of Israel? The current government is right of center and most artists in Israel are left of center. Is it not counterproductive to boycott the one group that may agree with you?

Many of the artists who urged Lincoln Center to cancel the play are simply ignorant of facts, oblivious to research, and affix their signatures to what they think is a humanist and socially worthy cause. That doesn’t make it right. If they investigated BDS, they would learn that it is built on lies, propaganda, and marketing. The BDS movement took its lead, not from the justifiable campaign against Apartheid South Africa (a campaign of which I marched in support with thousands of fellow Jews in the streets of Tel Aviv), but directly from Germany’s Third Reich. Joseph Goebbels, the Nazi’s Minister of Propaganda, said, “Tell a lie big enough and often enough, and people will begin to believe it.” That line, along with P.T. Barnum’s “There’s a sucker born every minute,” is the foundational basis for the BDS movement.

Should they educate themselves, many artists would probably be surprised to learn that the BDS movement’s founders do not envision two states living side-by-side in peace, but rather only one country: Palestine. BDS’s goal is a “single state” of Palestine that includes all the territories of Israel, the West Bank, and Gaza. By virtue of BDS’s several demands, Israel would no longer be a Jewish state, but rather — as BDS co-founder Omar Barghouti has publicly stated — “…Palestine next to a Palestine.” Just one more Muslim-majority country in the Middle East.

For the Palestinian artists who signed the Lincoln Center petition, this is a political and religious war. Right or wrong, they are narrowly focused on their own isolated cause. What’s the excuse for the others who espouse humanitarian responsibility? Until these artists, both Jews and non-Jews, join global boycotts against artists from countries with egregious human rights violations, their isolated actions only against the State of Israel are either ignorant or antisemitic. But, as we’ve seen all too often, ignorance is bliss, especially if it’s against Israel.

About the Author
Jack Saltzberg is the founder and executive director of The Israel Group. He is a leading expert on the political warfare campaigns waged against Israel (such as BDS), and he is widely published, including in the Los Angeles Times, Jewish News Service, The Algemeiner, and the Jewish Journal. Saltzberg served in the IDF in an anti-terrorist unit where he participated in both hostage rescue and combat operations.
Related Topics
Related Posts
Comments