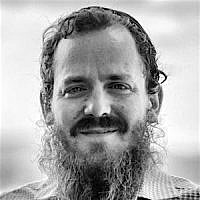 The Blogs
Shmuel Stenge
Apply for a Blog
Advertisement
Please note that the posts on The Blogs are contributed by third parties. The opinions, facts and any media content in them are presented solely by the authors, and neither The Times of Israel nor its partners assume any responsibility for them. Please contact us in case of abuse. In case of abuse,
Report this post.

A few short months ago, I walked into the recording studio of my friend and collaborator, Yosef Hutner of Red Wagon Media. Our initial conversation went something like this:

Yosef: “Okay, I can see this is going to go really far.”

You see, in some ways, the beginning of my moonlighting as a musician has been a long time coming. I’ve always had a way with words, and my basic iPhone voice-memo app is filled to the gills with years-worth of melodies and scattered rhymes that have spontaneously popped into my head.

Recently though, my musical ambitions took a more serious turn after recording and releasing my first single, “Make the Day.” I’m now continuing to work on a 6-song EP, to be released sometime around Chanukah.

How did this all come about? Well, first of all, I have to give a huge shout out to Yosef. He is the mastermind behind the production of both the music and the video. Baruch Hashem, he had the vision (and ear) to lace together my scattered and nascent musical ideas.

Honestly, when I stepped into his studio one bright summer morning in Beit Shemesh,  I had no idea what was going to come out. All I had were those melodies in my phone and an unwavering belief that I just had to start somewhere and stop letting self-doubt and questions of “how?” keep me in their stranglehold.

Because for years, my inner critic had its way with me. Prior to “Make the Day,” despite loads of creative energy and good will, for one reason or another, none of my musical projects/ambitions ever came together. And with a full-time job and another full-time job of raising four kids, I felt my hopes of realising my musical ambitions were waning.

But then, and I agree this might sound overly simplistic, I went to Uman for Rosh Hashanah.

There, amidst the throngs of 30,000+ joyous revelers and spiritual seekers from every walk of life, I came to a personal realization: No matter what, a Jew must strive to be happy; that happiness and positivity are at the very core of what it means to be Jewish.

So, when I came home, despite my propensity for moodiness (understatement disclaimer), I resolved that I was going to take it one day at a time and really work on just being…happy. Come what may, I was going to stay in a positive state of mind from morning till night, while being careful, of course, to give negative emotions some kind of healthy outlet — plenty of exercise and heavy metal thrash-drumming are my outlets of choice.

As an artist though, I knew I needed to be in a creative process in order to be balanced. Throughout the next few months, as I was working on my personal happiness-revolution, I still felt something was missing, but still music did not seem to be a viable option.

Then I met Yosef and, as they say, positivity begets positivity, so pretty soon I found myself in the studio — for the first time!! — with a firm resolve to just do something — anything — to get the ball rolling. So first Yosef and I pieced together a scratch recording, “Horeini.” Maybe I’ll rework and release it one day because despite being pretty raw some parts are cool.

Then we started working on “Make the Day.” Again, I came to the original session with only a melodic hook and a somewhat vague idea of what the song was going to be about. The original lyrics were actually in Hebrew. We laid down the chorus and decided on a groove. One rap verse came to me, then another and another, until it was starting to sound like an actual song. Sweet!

The message of “Make the Day” kind of encapslaltes my journey since last Rosh Hashana — but I think it has universal implications. It’s all about just staying positive. No matter what challenges arise, to keep the faith that everything can turn out of for the best. This is rooted in a timeless belief that the source of everything is good. Rebbe Nachman says that the highest form of wisdom is simply to be happy, or to be happy, simply. Thoughts are powerful; the world and your life reflect your state of mind. When one focuses on being happy they are setting themselves up for amazing positive transformations.

As for the video, it was shot in Florentine, an uber-hipster neighbourhood in Tel Aviv, and also around my home in Beit Shemesh. I love so many of the disparate sites and sounds of my homeland so I’m super stoked to have made my first video in places that I really connect to.

Yes, I am 34, with my first hip-hop single. Not exactly the typical story for a rookie rapper getting started in the game. But hey, my kids love the song — that’s a start. When I ask them why, they say “because it’s you, Abba!” You can see my street cred just exploding here, right?

I also really want to use this forum to thank my family, especially my wife Raizel for believing in me and allowing me the space and time to do what I needed to do. She assures me she likes the song too.

I know I can’t count on the same favourable prejudice from all of you out there, but I hope you enjoy the tune, on some level, just the same.

Now that I finally started making music, I’m hooked, so stay tuned for more upcoming releases from Beinoni. I’ve got many more spontaneous music ideas that I’m now more confident will see the light of day. We can stay in touch via my Facebook @beinoniofficial page and YouTube channel.

About the Author
Shmuel Stenge, aka Beinoni, is a 34-year-old father of four living in Israel. He is a customer service rep for a Raanana-based fin-tech company by night, and Torah student and musician by day. His spiritual influences range from the Lubavitcher Rebbe, Rebbe Nachman, the Pilzno Rebbe, and the good ol' fashioned Talmud. Musically, he is inspired by particular strands of hip-hop, dub-step, raggae and punk. Currently, his personal play-list consists of 21 Pilots, Arcade Fire, UK Grime, Beastie Boys, and Yonatan Razel.
Comments