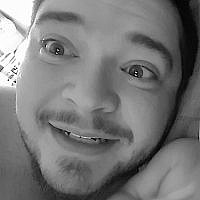 The Blogs
Rafi Daugherty
Apply for a Blog
Advertisement
Please note that the posts on The Blogs are contributed by third parties. The opinions, facts and any media content in them are presented solely by the authors, and neither The Times of Israel nor its partners assume any responsibility for them. Please contact us in case of abuse. In case of abuse,
Report this post. 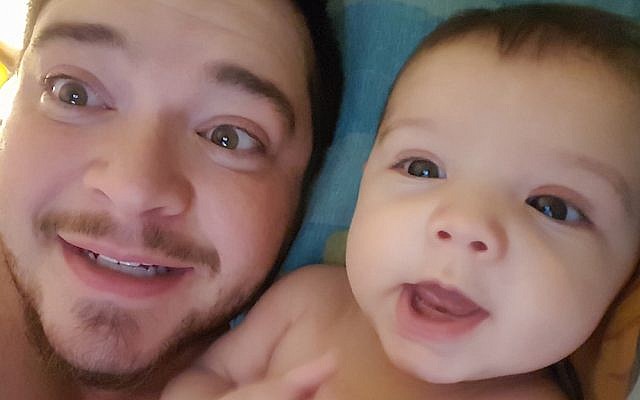 JTA — Two weeks ago, I heard a podcast in which two Jewish women named Ronna and Beverly misgendered me repeatedly and made fun of my story. This was not the first time I thought to myself, “Why did I choose this?”

To be clear, I was not asking, “Why did I choose to be transgender?”

Rather, I wondered, “Why did I choose to be this visible?”

Let me start by saying that when JTA published an article about my life as a transgender Jewish dad who recently gave birth, I had no idea it would be as popular as it was. I didn’t know it would be shared on countless Facebook pages and groups, as well as by several other Jewish news outlets. The day the article came out, I read it first thing in the morning and thought to myself, “Well that’s not that interesting, although I’m sure some people will enjoy it.” It just seemed normal to me.

That’s because that’s what my life is today — normal. I know that’s hard for people to understand when they’ve been socialized through the media to believe that transgender lives are somehow totally sensational, radical and bizarre. The day the article was published, I did the same things any other parent would be doing: laundry, washing dishes, feeding and playing with my baby, and occasionally checking Facebook to keep up with what was going on. 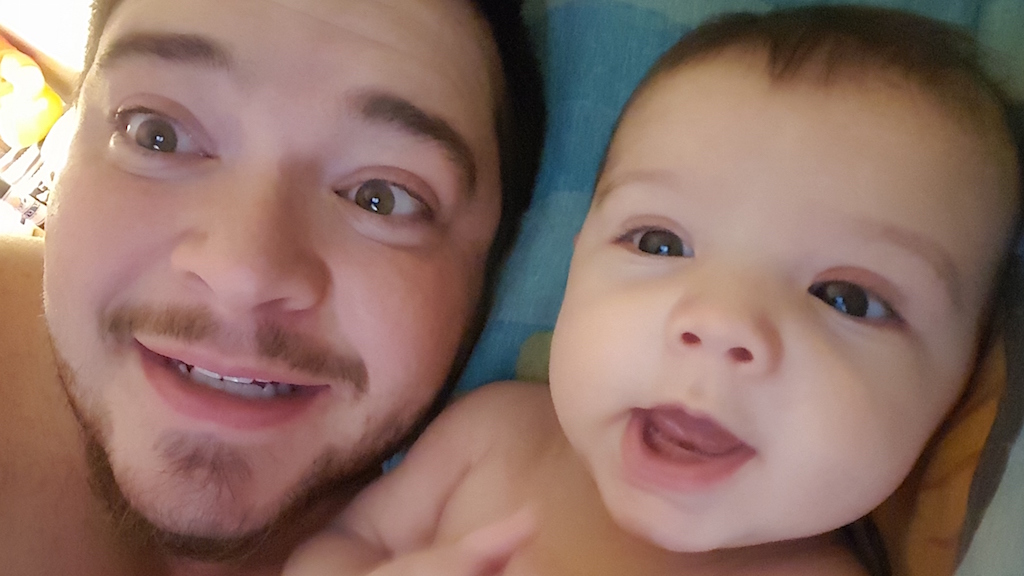 So why did I agree to be featured in the article? Here is some background:

When I first came out as transgender and was figuring out what name I wanted to be called for the rest of my life, I thought about changing my last name to my mother’s very traditional Jewish maiden name. I thought it might be easier to blend in if I wanted to be a part of a traditional or Orthodox Jewish community. I would be forced to make up tales about where I went to high school, where I studied in Israel and who my friends were — but maybe, I thought, just maybe it would be worth it in order to blend in and just be a normal guy.

But after getting sober and slowly building a life based in spirituality and connectedness, I just couldn’t imagine living without absolute integrity about who I am, who I was and who I hoped to be. So I kept my unusual (for a Jew) last name and came out publicly to those who knew me. After less than a year on testosterone, no one on the street would guess that I once looked female.

When the article was published, I was really careful to avoid the “comments sections” on the news sites. I was sad to miss the kind and supportive comments — and I heard there were a lot of them — but I knew it wouldn’t be practicing self-care if I read comments that misgendered me at best or, at worst, claimed that being transgender and raising a baby is child abuse.

The few difficult comments I did see made me wonder, “Why are people so afraid of allowing the gender binary to bend or blend?” I don’t identify as genderqueer, which can be defined as someone who identifies as neither a man or woman, both, or someone who feels they are “in between.” I really do feel to the essence of my bones that I am a transgender man; I can’t really explain the sensation any better than that. Transitioning brought a peace and completion that I never dreamed possible.

One question that came up multiple times, even by kind and well-intentioned people: How does someone who feels like a man choose to have a baby? Doesn’t that make him a woman? And the answer comes in the form of a story.

Back when I was living as an androgynous looking “lesbian” who secretly preferred men, I was a part of JQY-Jewish Queer Youth, a New York-based support group for LGBTQ teens and young adults from Orthodox or traditional Jewish backgrounds. One evening I attended a JQY event and was having a pleasant evening when my friend Y. came up to me in the kitchen.

I was shocked to my core. I don’t have the kind of life that people are generally jealous of.

I was confused by this and asked, “If you had the ability to have a baby, would you?”

“Absolutely,” he said, without any hesitation. There was my answer: Y. — who very much identifies as a cisgender male, a man who identifies with the sex he was assigned at birth — told me that if he had a uterus, he would absolutely utilize it to give birth to a child.

It was that very moment that cracked me open to the awareness that the desire to give birth to a child is not inherently gendered. Sexed, yes. The capacity to birth a child is most definitely sexed; those without the necessary organs cannot create life, regardless of their gender identity. I had met dozens of women who had little to no interest in giving birth, and it did not make them less womanly or feminine. That day I met a man who would absolutely give birth if he could. Was he less of a man for that?

I started asking other cisgender men if they would utilize a uterus if they had one. I was surprised by how many men said yes once they thought about it for a while; most had never even considered it.

After that, there was no going back — I could want to give birth and still be a man. After all, Y. was still a man. My transition to male began not long after that revelation.

My journey as a Jewish transgender man has not always been easy, but I am blessed to be surrounded by so many loving and wonderful people who can hold multiple truths, who can see me as a man and also know I still have sex organs that usually belong to females. The negative comments I did see in response to the article came mainly from people who do not (yet) have the ability to see the beauty in something that does not fit their expectations.

When I worked at Camp Ramah last summer, I was approached by a handful of cisgender men who told me they had feelings of jealousy that I could experience pregnancy and birth and they could not. One colleague said if he could have the babies, he and his wife would have more children than they do. These men had found a space to “admit” that they don’t fit this socially invented stereotype that men would never want to birth a child.

So now, hopefully, it’s clear why I felt comfortable having a baby as a transgender man. But why did I come out so publicly to the world? I wanted to crack open that part of others. I wanted others to find an understanding of gender that wasn’t so rigid as to cast away a person who doesn’t fit the “norms.” I wanted to share my beautiful yet average life to help others see that transgender people can be beautifully average. I am blessed.

As a white transgender man who fits most of society’s expectations of what a “man” looks like, I know that I am enormously privileged. I want to use my voice of privilege to help others find acceptance in their families, their communities and out on the streets. The suicide attempt rate in the transgender community is 41 percent. The attempt rate in the U.S. overall is 4.6 percent. These statistics are proof that we are a long way from true acceptance and support for the transgender people in our communities.

Transgender people (especially transgender women of color) have some of the highest rates of unemployment, discrimination of all types, homelessness, poverty and violent deaths. If my story, face and voice can be a stepping-stone that leads to a wider acceptance of my transgender brothers, sisters and siblings, then going public with my experiences will have been worth every ignorant and ugly comment. If my story touched you, I ask that you find out how you can be an ally to transgender people in your own community. One quick and easy resource can be found at Keshet, an organization that works for equality and inclusion for LGBTQ Jews in Jewish life. 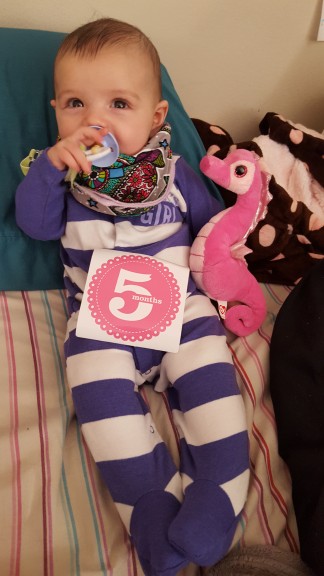 Ettie is thriving and happy at five months. (Courtesy of Rafi Daugherty)

Because I know people will be wondering about the baby, Ettie Rose is thriving and happy. She started attending a local Montessori day care and everyone who meets her is enthralled by her — even by some who proclaim themselves “not baby people.”

At 5 months old, she is too young to know our family is different. She grins at me every day with a look of total love and adoration, and my heart bursts with joy. But I am excited to explain everything to Ettie when she is older. (The best book to educate small children about “where babies come from” is What Makes a Baby — all the information completely degendered.) She will grow up knowing her story and understanding that she was created with an enormous amount of intention and love.

About the Author
Rafi Daugherty lives in Colorado.
Comments