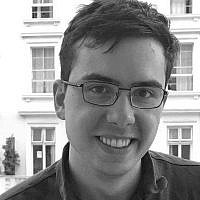 The Blogs
Dylan Richter
Apply for a Blog
Advertisement
Please note that the posts on The Blogs are contributed by third parties. The opinions, facts and any media content in them are presented solely by the authors, and neither The Times of Israel nor its partners assume any responsibility for them. Please contact us in case of abuse. In case of abuse,
Report this post. 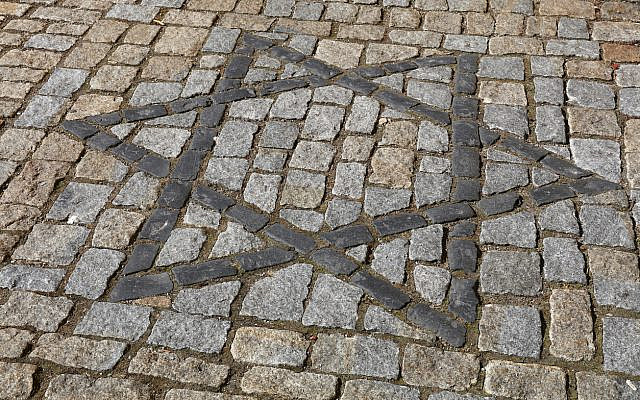 Illustrative. A Star of David, often a symbol of Jewish identity, on cobblestone paved road. (iStock)

“You`re way too assimilated,” a Jewish classmate at college told me. I looked at her with a mixture of disbelief and confusion. How can one be overly assimilated to European society as a European? I learned that I had misunderstood. Apparently, I was to be considered Jewish first, European second. My classmate’s presumptions have recently been bolstered by the American White House. The Times of Israel reported on Wednesday that US President Trump would sign an executive order recognizing Jews as an ethnic group. I don’t know where that leaves people like me.

As a child growing up in a small town in the middle of Germany, I did not come into contact with many other Jews outside my direct family. Judaism did not generally enter the household, as we were a thoroughly secular family and did not uphold many Jewish religious or cultural traditions. We walked the woods with our traditional home-made lanterns celebrating St. Martin’s Day, and decorated Christmas trees with the best of them.

When I was 6 years old, my mother informed me we were Jewish. Then she warned me, “Do not tell anyone.”

Naturally, I immediately told the girl next door. Her reaction was to run to her family with the news. As it turns out, the reason my mother did not want our friends and neighbors to know was not out of fear of an anti-Semitic attack, but to prevent them from feeling awkward around us. My mother’s caution was based on her own experience. Years earlier, when she had been more open about her Jewishness, a family friend had sought her forgiveness for Germany’s crimes — in an emotional outburst during a wedding.

I was lucky; I never experienced any serious awkwardness myself. Instead, all I found was curiosity. I found that this revelation had little impact on my life. I was still me, and we were still the same family everyone knew. It seemed to me that this knowledge about myself and my family would remain an interesting fact, and nothing much else.

Yet, it could not entirely remain that way, because the position of an incidental Jew is not a comfortable one. An accusation of treachery lay in the air when I tried to explain my situation to other Jews. Their facial expressions seemed to ask how I could turn my back on my people, and their voices told me that I have no choice in the matter of being Jewish. Jewish identity then felt like a stranger trying to claim me, unwilling or unable to understand how I could feel conflicted.

On some level, I can understand this reaction. It can seem as if, by embracing my European identity, I am betraying my Jewish one. But while being Jewish is not my primary identity, it is still part of who I am. Jewishness grants a keycard to the doors of a brilliant and diverse community. This community is not one that I want to completely turn my back on.

Throughout history, Jews have been under threat, and the need to preserve the solidarity of the group is powerful. It is not as if anti-Semites would care if I told them I was only an incidental Jew. I get that. But as a consequence, that means that, in my case, Judaism has felt like an imposed and unnatural identity. The very measures that intend to strengthen solidarity between Jews have alienated some Jewish people.

What is often misunderstood is that people like me would maintain our solidarity even without these measures. But we know that our core identities lie elsewhere, and we are estranged by overt attempts to assimilate us, or guilt us into feeling more Jewish. There are many Jews like my 6-year-old self who do not know what to do with the seemingly random information that they are Jewish. And there are many Jews, like me, who don’t see being Jewish as the core part of their identity. But these perspectives are seldom seen. People rarely write about an identity they find incidental. This silence means that their perspective and experience is often unnoticed.

I do not think that relationship of silence can be healthy. By sharing my story, I hope that the Jewish community can come to better understand “assimilated” Jews, those on the periphery of Jewish identity.

About the Author
Dylan Richter is a Jewish student at Sciences Po Paris in Reims and Columbia University in New York. He grew up in Germany and is active in European politics.
Related Topics
Related Posts
Comments