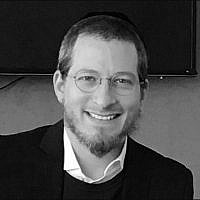 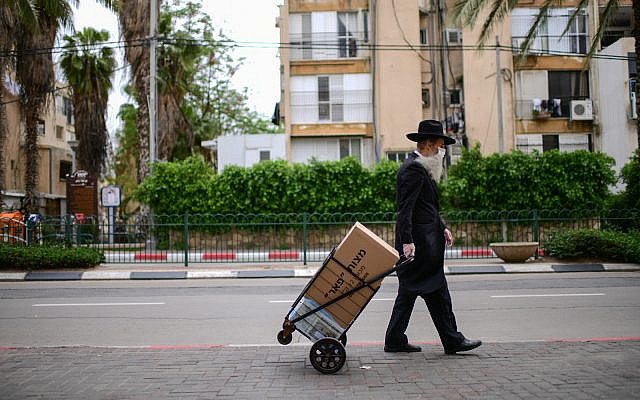 I am the principal of a Haredi school network.

If you read the media both in Israel and around the world, you would conclude that I am a criminal who violates the rules of the state and doesn’t care about the lives of others.

And it is extremely painful.

It’s painful to hear an entire community – a community that is filled with good-hearted people who view preserving human life as the most sacred value – portrayed as the most lowly, despicable people on Earth.

Let me first say that my entire school network of schools for Haredi boys and girls closed on the day that the Health Ministry ordered schools to close. Let me also say that my synagogue and synagogues throughout Beitar Illit, the Haredi city where I live, followed every single rule issued by the government from the moment they were announced.

I will now jump to the end of the story and then I will go back to explain the past week.

Now, at this time, with the exception of a small group of crazy extremists in Jerusalem, Bet Shemesh and Bnei Brak, the Haredi population is keeping to all the rules. So please stop bashing us now!

I see video footage of people from other populations that are violating the rules today – secular Israelis in Tel Aviv, Arab Israelis in Jaffa, and Americans in the middle of New York City. I would never ridicule an entire population because there happen to be some rule breakers among them. I believe that most secular Israelis, Arab Israelis, and New Yorkers are adhering to the rules and criticize the specific rule breakers – not the communities from which they come. The police should come down hard on those “religious” Jews who break the rules as they should for those in all populations. But trashing an entire population at this point in time, when the rules are being adhered to by more than 99% is simply not fair – and it is hurtful.

So, what happened during the past 1-2 weeks when there was a delay in many Haredi communities following the rules – a delay which sadly and tragically has already and will continue to cause terrible loss and suffering in our communities.

The Haredi community is built on adhering to the rulings of its rabbis. There is a video showing Rabbi Chaim Kanievsky, one of the leading Haredis, being asked if the community should close its schools. He said, “God forbid.” Watching the video is so painful. The person who asked him the question did not present him with the information he needed to know before issuing the ruling. He was told that there is a plague and the state wants to close the schools and the rabbinic seminaries. Had he been presented with all the facts and figures including an understanding of how contagious and deadly this disease is, there is no way he would have allowed the schools and synagogues to remain open. And, in fact, when he was presented with the full information earlier this week, he ruled that not only do they all have to be closed but that anyone who doesn’t follow the state’s rules is a “rodeif” – someone who is killing other people and must be turned into the authorities.

This is a tragedy and should not have happened. The rabbis should have been given the full story before they issued their rulings. And many in our community are recognizing that the system in terms of how the rabbis are presented with information before they issue their rulings must change. It is critical to emphasize that the Rebbe of the Karlin-Stolin community recognized the dangers of the coronavirus early on and ordered his schools and rabbinic seminaries to close before the holiday of Purim – three and a half weeks ago! Because once a rabbi understands that lives are at risk, there is no more important value in our faith. We violate all but three cardinal sins in order to save lives!

So while there was a tragic breakdown in the system for most of the Haredi communities, this breakdown doesn’t mean that we are bad or ignorant people who are deserving of the hateful rhetoric being thrown our way. It means that we need to learn from the mistake, adapt, and adjust. And we will.

There are also some, and I emphasize some, in the Haredi community, who are suspicious when it comes to the State of Israel – as they still live within the tensions between religious and secular which existed 72 years ago when our state was founded. It took those groups even more time to follow the rules and this is a tragic error which they will be learning from as well.

So please – I beg of you. You can be critical. You can disagree with our lifestyle and condemn the way our community is built which led to the breakdown, if you so choose. But please stop berating us! Please stop calling us names!

And please stop spreading false information. My specific community has always kept to the rules and now, sadly in delay, nearly everyone is adhering to the rules – just like in all communities and populations.

But even more importantly, please understand. My school network includes hundreds of Haredi children – who look no different than any other Haredi child – who are receiving a full education and will become upstanding tax-paying professionals just like everyone else in Israel. They want to be part of Israel. They want to be accepted as full members of the law-abiding Israeli society. And there are many other schools doing the same. And now the rabbinic leadership has given its endorsement to this approach and tens of thousands more will have the opportunity to enter the workforce and Israeli society.

Please don’t close the door on our children. When you cast an entire community as horrible and portray an entire population with the negativity that I am seeing run rampant, it makes it much harder for us to succeed in the process of integration which has started.

In the coming days and weeks we are likely to hear tragic news from the Haredi community – especially in Bnei Brak. Please cry and mourn with us, as we must cry and mourn over all the victims of this pandemic, regardless of their personal identity. Please do not turn against us. Let’s focus on helping one another to get through this crisis. And let’s always remember that with all the separates and divides between us, when it’s all said and done, we are one people with one, unified destiny.

About the Author
Rabbi Menachem Bombach is a community leader and educational entrepreneur in the Haredi community. He heads the 'Netzach' Haredi educational network, which he founded, and which combines religious and secular studies, and aims to educate students to become observant, Torah-loving Jews who are also prepared for practical life. He also heads the Hasidic girls’ seminary affiliated with the network. Menachem has served as principal of the award-winning 'Le’Zion Be’Rinah' high school; founded the preparatory program for Haredi students at the Hebrew University of Jerusalem; and directed the youth department of the Beitar Illit local authority. Menachem studied at the Vizhnitz “Ahavat Yisrael” yeshiva and at the Mir yeshiva, and holds a bachelor’s degree in education from Moreshet Yaakov College and a master’s degree in public policy from the Hebrew University. He lectures in Israel and abroad on education and society.
Comments