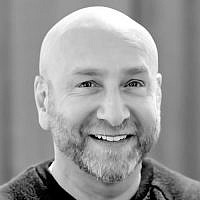 The Blogs
Steve Schuster
Zionist Marketer and Music Maker
Apply for a Blog
Advertisement
Please note that the posts on The Blogs are contributed by third parties. The opinions, facts and any media content in them are presented solely by the authors, and neither The Times of Israel nor its partners assume any responsibility for them. Please contact us in case of abuse. In case of abuse,
Report this post.

And so it has come to this: I am begging. As an American Jew, a passionate Zionist, and a businessman with deep interests in Israel, I am begging you, all you Israelis with dual Israeli-American citizenship, to please vote for Hillary Clinton. There is no perspective whatsoever – Israeli or Jewish or American or as a citizen of planet Earth – from which it can be rationally argued that Donald Trump should become President of the United States. Trump is a man whose lifelong behaviors demonstrate wholly consistent disregard and disdain for foundational democratic and Jewish values, ethics and laws, if not in name, then certainly in spirit.

We Jews have seen this movie before. Trump may not be Hitler, but Hitler, with his core “Make Germany Great Again,” theme upon which he was carried to power, legally elected to lead a civilized democratic nation, was certainly once Trump. Like Hitler, the bellicose, authoritarian and autocratic Trump is the candidate of the mob – he expertly incites frenzied, hate-filled gatherings, where he fans the flames of victimization, routinely citing tabloid conspiracies, and assigning blame based on religious or ethnic other-ness. And demagogue Trump’s calls for violent retribution, while sometimes thinly veiled in code words, are at other times breathtakingly explicit.

The truth is, we simply have no way of knowing exactly where the nakedly paranoid Trump and his xenophobic, homophobic racist followers might take America if we voters give him the keys to the kingdom. But we can certainly make intelligent observations of the dangerously insane trajectory of his presidential campaign, concluding only that it is simply far too risky to fantasize without evidence that a President Trump would suddenly transform into a well-reasoned, compassionate leader.

But don’t just rely on my perspective – by an overwhelming majority of expert opinions across a wide range of professional disciplines, a Trump presidency would result in serious and irreversible threats to the economic and geopolitical stability, certainly of the United States, and very likely the entire world.  Think Trump is a businessman who can steward the U.S. economy (on which the world, including Israel, very much depends)? This campaign trope has been thoroughly debunked. Trump’s piss-poor business performance should not impress a single voter, most of whom have paid vastly more hard-earned tax dollars to the U.S. government than has the candidate himself.

Is your argument that a President Trump will surround himself with good, capable people? Forget it. We have nothing but evidence to the contrary. Trump’s campaign has been a revolving door of miscreants who can’t manage their way out of a paper bag. Remember the disastrous mismanagement of the Republican National Convention? And this man proposes to manage an organization as complex as the United States of America? Trump even complained that his dysfunctional debate microphone occupied “fifty percent of [his] thought processes.” I’m compelled to consider the possibility that the presidency itself might pose a slightly more rigorous and complex set of thought-processing challenges to the office holder.

Look, even if you are a one-issue voter, and that issue is Israel, then more than ever, I implore you to take personal action to thwart the possibility of a Trump presidency. Don’t kid yourself thinking Trump, the most egregious, consistent and outrageous liar ever to run for president, will be the great savior of the U.S./Israel relationship. To borrow a line, “Believe me folks,” a Trump-weakened America would have absolutely dire consequences on the economic, military and diplomatic health of the State of Israel. And by the way, Donald Trump is on record saying that Israel should pay for the defense aid it receives from the United States.

The only certain way to defeat Donald Trump and save America, and support Israel is to take action, and submit your absentee ballot votes for Hillary Clinton. Your children and your grandchildren will one day ask you this: “What did you do?” What did you do when you were faced with such an obvious, evil threat to the fundamental human and democratic values that Jews, Israelis and Americans hold dear? Your vote for Hillary Clinton ensures you will be able answer truthfully, and with a clear conscience: “I did what was right, my darling child, I acted in the very best way I could to defeat Donald Trump.”

About the Author
Steve Schuster is CEO of Rainier Communications, a leading US technology-marketing agency that has been the creative force behind hundreds of PR campaigns for a wide variety of high-tech innovators from Fortune 500s to start-up companies. Steve is an avid photographer and a singer-songwriter. "Sweet Gems," his most recent album of original rock songs is available for streaming on Apple Music, Spotify, and virtually every other music site.
Related Topics
Related Posts
Comments