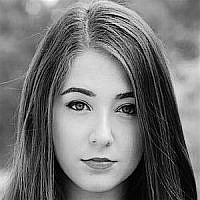 The Blogs
Tamar Lyons
Apply for a Blog
Please note that the posts on The Blogs are contributed by third parties. The opinions, facts and any media content in them are presented solely by the authors, and neither The Times of Israel nor its partners assume any responsibility for them. Please contact us in case of abuse. In case of abuse,
Report this post.

A response to: “I’m Jewish and I’m a Journalist. I am not a Jewish Journalist.”

Dear Jewish Ryerson Student Who Wrote that false article about Israel in our campus newspaper:

I loved your past two articles. I really loved the way you juxtapose a feigned value of journalistic integrity with an extremely misleading headline. I love the way you provided context for your article to explain why you were “detained”…or more accurately, questioned. I loved the way your response to obvious and constructive criticism was to write an editorial complaining about negative feedback. Love it.

Did you miss the memo about accepting critique? Because I’m pretty sure when you signed up to go public, you also signed up to be critiqued. But that’s not even my point here.

I know how the industry works, I’m a media student too. You want the good headlines so you get the attention. “If it bleeds, it leads” is what they say. We’re very similar, except in your case, you’re a journalist, and in mine, I’m a producer. I tell stories too; however, I always provide context. But guess what? Not only did I happen to be born into a Jewish home to Jewish parents, with a love of Israel, but those same Jewish parents raised me to stand up for my people. NO, it wasn’t my choice to be Jewish. It wasn’t my choice to be representative of Judaism or Israel. It’s in my blood, it’s in my soul, its in my identity, and I choose every day for it to be in my actions. As a producer and content creator, I know that whether I wish to or not, I represent my people.

Since you so eloquently stated that you are not a “Jewish journalist” and that you don’t care to represent your people at Ryerson, who by the way, have been mocked, bullied, and been made to feel extremely unsafe and uncomfortable–specifically in regards to Israel, let’s take the responsibility off of you, because you clearly aren’t ready to take that on. Allow me, a PROUD JEWISH PRODUCER, to speak the truth, because you won’t.

Let’s get one thing straight. You were questioned by the Israeli Police because you were doing something that concerned them. Or maybe you weren’t, maybe they thought you were a lost Birthright kid and wanted to ensure your safety. I’m sure you are aware that Israel is a country that is under a constant threat of terrorism. You never know who can commit the act. Or when. Or where.

Your story in your article took place in Tel Aviv, and so does mine. I had plans to meet my friend in Sarona Market. I was waiting 10 minutes before she told me that she had to cancel on me. I got up out of my seat, and was on my way out of Sorona to head to the bus back to Jerusalem. I was about 5 minutes away from Sarona when all of a sudden, havoc reaped. I heard several gunshots, people screaming, people running all over the place trying to take cover.

Two Palestinian terrorists dressed up as ultra-Orthodox Jews, killed two people, and injured almost 20. It is for reasons like this, that the Israeli police have been taking extreme measure to ensure the safety of their people. They’re clearly not even racially profiling — you are a white-passing, Jewish girl who would make it through a checkpoint just with the flash of her smile.

To leave that out of the narrative of your experience is dishonest, and below the standards of the journalism I’d like to see from the Ryersonian. It is perfectly fine to criticize Israeli policy, provided context is present to truly represent the truth. You don’t get to have it both ways. You don’t get to write an article bashing Israel, absent of the critical context in which your episode occurred, without criticism from authentically pro-Israel Jews like myself. You have no right to play the victim card. You weren’t actually the victim. Me, and my Jewish friends at Ryerson were.

I am Jewish, and I am a media producer. And yes, I AM a Jewish media producer. I know that my ethnicity and religion comes along with the responsibility to represent my people — ESPECIALLY in a place that has been so hostile to my people such as the realm of foreign affairs reporting. Thankfully, groups like Students Supporting Israel, and Hillel have done a lot of work in making Ryerson a much more welcoming place to Jewish and pro-Israel students. I thank them for that. But I don’t appreciate misleading headlines like what was seen in your previous article, that goes against all the work that these people did to make Ryerson safer for us.

My identity is reflected in everything that I write, produce, and create. A major part of that is my Judaism. All of my classmates and teachers know I am Jewish, and with all that I do, I represent their view of what Judaism means. I take this as both a challenge, and a privilege, because I know I am doing my community well. I know where I came from, I know where I’m going, and I know who I am representing along the way. Because I am Jewish and a producer. And I am a Proud, outspoken, and chutzpadik JEWISH producer.