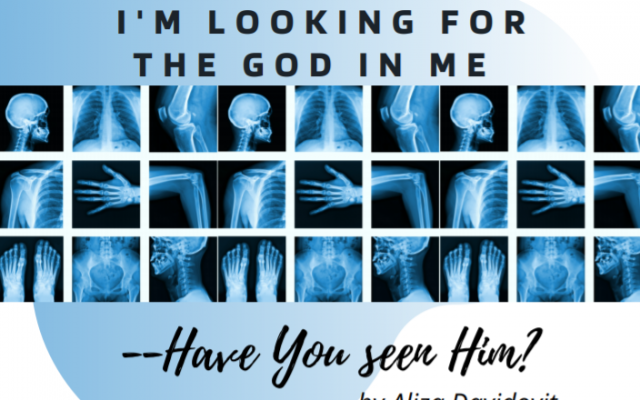 From catastrophes to quarantines, from synagogues to supermarkets, if you believe in G-d then you must know that He is everywhere. “And where can I flee from Your presence? If I ascend to the heavens, You are there; if I make my bed in the grave, behold, You are there.” (Psalms 139:7-8)  But the sages teach us that there is one place that G-d is not, and that is with the arrogant. G-d said: “[The arrogant] and I cannot dwell together in the world. (Sotah 5a) As physicists teach, two things cannot occupy the same space at the same time. A dense ego makes no space for G-d.

And it thus becomes so clear why Moses was the ideal recipient and deliverer of G-d’s Torah.  The greatest man in history had zero ego nor delusions of self-importance. With pure clarity he understood that there is nothing but G-d, ein od milvado. It is not surprising that the word “humility” in Hebrew, anava, starts with the letter ayin because the ayin has no sound of its own. Its sound depends completely on the vowel attached to it.  Moses was known to be the most humble person that ever lived, in a manner, a man of silence. He too had no “sound” of his own, i.e., no ego. He tells G-d: “I am not a man of words, neither from yesterday nor from the day before yesterday….” (Shemot 4:10)

And so, unlike most of us today who would love to get our name on the cover of a bestselling book, Moses tells G-d in this week’s Torah reading, that if He is to destroy the Children of Israel for the sin of the Golden Calf, then G-d should remove his name from the Torah. It was when Moses was ready to be erased from history that he became worthy of being remembered forever. Not only does G-d NOT erase Moses from His book, nor destroy the entire nation, but G-d then goes on to honor Moses and reveal aspects of His essence to him as he had never done prior or since: “You may see My ‘back,’ but My ‘face’ may not be seen.” (Exodus 32:33)

In our own lives too, we have to get out of our own way if we want Hashem to be in our midst, to hear our prayers and to have a relationship with us. Just as the sapphire stones yielded part of themselves so that G-d’s word, the Ten Commandments, could be engraved in them, we too must make space within ourselves for G-d. I find it an interesting thought that in life people add precious stones to add beauty to things,i.e., crowns, rings, etc, but in this case a precious stone became infinitely more precious when its mass was diminished and G-d’s word entered instead. We should take note.

Another lesson in humility that we learn about in this week’s Torah reading involves the national census; the Jews were tabulated by giving half a shekel, as a blatant reminder that we are not whole in and of ourselves. We become one only when join together with our nation, our G-d and His Torah. It is also interesting that the Hebrew word for “giving” the shekel, V’natnu, is a palindrome, meaning the word reads the same way backward and forward,  like the word wow.  It is meant to teach us that when you give in service to G-d, you always get back. Some call it karma, some say, “What goes around comes around.” The Torah calls it G-d, a G-d that metes out justice and rewards the adherents of His Law.

Sad that after all G-d did for the Israelites to liberate them for Egypt and all the miracles He performed, Moses still had to intercede on their behalf, identify them and remind G-d: “But see that this nation is Your people.” By looking at them, they hardly appeared to be G-d’s nation as they so quickly turned to sin. Nothing about their behavior appeared Jewish. I often write that being a cardiac Jew, having G-d in your heart is not enough. We see in the introduction of the parasha that service to G-d is a full body, full sensory experience from head to toe. When G-d looks down upon you from His heavenly throne, would He recognize you as one of His people or would Moses have to identify you tooThe sages teaches us that there are 248 limbs in the body corresponding to the positive commandments and 365 tendons corresponding to the negative commandments equaling 613, which comprise the entire commandments in the Torah. My question to you is how many of your body parts are acting in service to G-d? If the parts make the whole, then how much of you is acting Jewish? What is your movement to mitzvah ratio?

How have your hands been Jewish lately? Have they picked up a prayer book, lit Shabbat candles, or dug into your pocket for charity? How has your mouth been Jewish? Have you prayed to G-d, defended your people, watched your language and abstained from gossip? How have your feet been Jewish? Have they jumped up to stand in prayer or to help your parents or others in need? How has your mind been a Jewish? Your eyes?  These are the means through which we make space for G-d. One body united under G-d. If we had X-ray vision where would we find inside you?  Shabbat Shalom!       See my video on YouTube