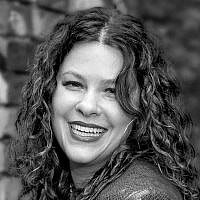 The Blogs
Neshama Carlebach
Apply for a Blog
Advertisement
Please note that the posts on The Blogs are contributed by third parties. The opinions, facts and any media content in them are presented solely by the authors, and neither The Times of Israel nor its partners assume any responsibility for them. Please contact us in case of abuse. In case of abuse,
Report this post.

Hugs have always been complicated for me.

I grew up in a family where hugging was very important. And not just hugs, but long, intimate embraces. These hugs became famous and infamous, meaningful and memorable.

On the surface, my family’s hugs were meant to heal, to comfort. Only later in my life did I begin to understand that my father’s embraces sometimes caused the receivers pain.

My father became a hugger in the ’60s at nearly 40 years old. When he was young, he shared with me that, because he had been so observant in childhood, he wouldn’t even embrace his own sister. He laughed as he told me that he would have been more likely to “jump out the window than speak to a woman.” Subsequently, my father went from the black and white world of his male-dominated yeshiva life to the technicolor, uninhibited embrace of the hippie Free Love movement in Berkeley, California. This is where and how he learned to relate to women, where and how he learned to hug. From one extreme to the other, from life without hugs to communal ecstatic embraces.

But free love came at a cost.

As a child, I was expected and instructed to hug all who approached me. Women and men, children and adults, those who felt safe to me, and those whose touch was invasive and frightening.

Hugging became my automatic reaction, and hugs were often longer than they should have been. Some of my most unnerving moments as a performer were when fans would line up, each waiting for “their hug.” I masked my own feelings well, and I truly hope that when I hugged them they received what they needed. But while my giving was sincere, hugging felt to me like a mitzvah, an obligation, something one does for the sake of others. And so often I dreaded it. This practice rendered my body unguarded. I would often leave concerts full of both anxiety and fulfillment. I had done my job, yet I felt invaded and exhausted.

When the #MeToo movement began, I worked to build the courage to look at my own life and choices more critically. My shows were canceled as a byproduct of the allegations of sexual violations by my father, and I became a casualty in the “cancel culture” surrounding my last name. I stopped traveling, mostly stopped socializing, and began to look inward. I realized then that I no longer wanted to hug in the way I once had. I realized that my hugs sometimes came from a place of awkwardness and self-compromise. I was afraid to offend, frightened to admit that a hug was not welcome.

I also came to see that the patterns around my family’s tradition of hugging needed to be re-examined more closely than I ever would have chosen to look. No child wishes to think of their parents in this way, but it became essential for me to do so. Never would I want my hugs to be seen as inappropriate and lacking boundaries. Looking back at my own life, I was horrified, wondering if my hugs had ever miscommunicated or wounded others. They had certainly taken a toll on me.

Then the pandemic hit and my world became so much smaller. Time with my immediate family was everything, hugging my husband and children — and no one else — became my healing. Though complicated to say, I enjoyed this aspect of COVID. For over a year, nobody outside my family touched me.

We all have so much to learn about the ways in which we have been traumatized by the pandemic. Too many people were alone and “touch starved,” alone and aching for the embrace of another human. In study after study, it became clear that many people missed hugs most of all, reflected in messages I received during this time from fans, expressing how they couldn’t wait for “their hug” once it would be safe again. I agreed. Touch can be a mitzvah – if it is safe. If it is welcome. If consent is present.

I recently attended a gathering of people, my first indoor event in a very long time. Some people I knew from before the pandemic, but mostly the room was filled with people who simply knew who I was. Assumptions were made about my comfort embracing others, which was understandable, given my hugging history. There were people present whom I would have wished to hug, but I felt compromised and watched, unable to make decisions freely. When I informed people that I was uncomfortable with hugs, some ignored me and hugged me anyway. Some became angry, some argued. “I’ve been waiting for this hug!” One person told me, “I need it!” It was a shock to feel this kind of demand and, in that moment, I realized how compromised I have always been by this behavior. It wasn’t a mitzvah, it was a violation. Though the gathering was a sweet one, I left shaken.

It was hard to hold many different feelings simultaneously that night, to observe them as I navigated a complicated space for myself. I witnessed myself feeling resentful, guilty and angry, aware of the healing power of hugs, wishing with all of me that the broken people of the world receive the love they need, especially in the aftermath of such devastating physical loneliness. But is it my job to give that to them? Is it my responsibility to heal others with my embrace? Should it ever have been? These questions and ensuing conversations are their own healing as well. There must be ways to comfort each other without violating one another.

As we step slowly, carefully, back into “regular” life, people will reenter physical spaces with all kinds of needs, expectations and new dynamics after being apart for so long. Some will choose to remain six feet apart, some will wear masks, some will wear more than four masks. Some will act as if there never was a pandemic to begin with. Some will ache to dive back into life, maskless and exuberant, declaring they are no longer afraid. Some will exclusively elbow bump. Some will find comfort in the “masked side hug.” Some will be frightened to touch at all. Some will be calm and subdued, some will cry. Some will simply watch it all unfold, unsure of themselves. We will not be the same as we return.

But, in all cases and in every interaction, there must be consent. We mustn’t make assumptions about each other. My needs are not yours; your needs are not mine. Neither of us has the right to impose them upon each other. Mutual respect must be the first step as we walk back into life.

As we return to the world, may we be brave and explore a place we’ve never been. I pray that we allow ourselves the gift of a reset. That would be a mitzvah.

About the Author
Neshama Carlebach is an award-winning singer, songwriter and educator who has performed and taught in cities around the world. A six-time entrant in the Grammy Awards and winner and four-time Independent Music Awards Nominee for her most current release, Believe, Neshama has sold over one million records, making her one of today’s best-selling Jewish artists in the world. Neshama has sparked public conversations with brave forays into the place of women in Judaism and today’s world.
Related Topics
Related Posts
Comments 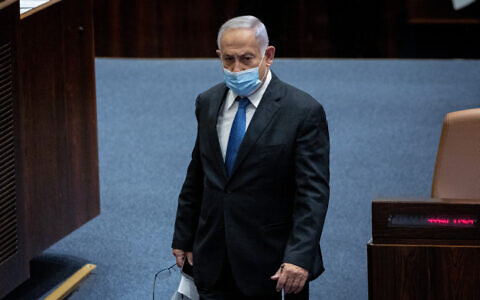 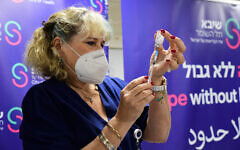 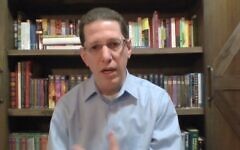 Texas rabbi: I threw a chair at the gunman, and we headed for the door
Jacob Magid 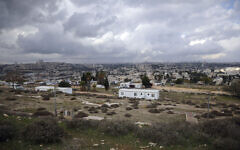 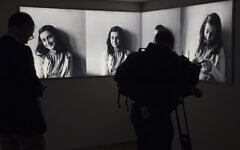 Anne Frank may have been betrayed by Jewish notary, new book claims
AFP and TOI staff 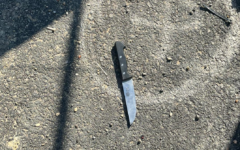