Imagine all the people

I’d like to think I’m a sober pragmatist — I rarely indulge in flights of fancy. Yet sometimes one has to pause, disconnect for just a few brief moments from the grim reality and imagine what could have been…Call it a learning exercise.

Almost exactly 10 years ago, an Israeli government (one that much of the world viewed as ‘right-wing’ and ‘hawkish’) implemented the country’s ‘disengagement’ from the Gaza Strip.  That euphemism was used to describe a complete withdrawal: every single Israeli soldier was pulled out of the Strip; every ‘Jewish settler’ was evicted (occasionally by force); every ‘illegal Israeli settlement’ in the Strip was evacuated — even the dead Jews were dug up and moved to the Israeli side of ‘the 1967 border’. As a token of further intentions, four ‘settlements’ in the West Bank were also dismantled.

It could have been, it should have been a momentous change: for the first time ever, Palestinian Arabs gained not just complete control over territory — but also freedom of movement: the Agreement on Movement and Access (concluded in November 2005 between Israel, the Palestinian Authority and the European Union) opened the Rafah Crossing, allowing Palestinian Arabs to travel freely between Gaza and Egypt, with only European — not Israeli! — supervision.  The Agreement also opened the Karni Crossing between Israel and Gaza to non-military exports and imports; it provided a ‘safe passage’ allowing Palestinian Arabs to travel between the West Bank and Gaza, crossing Israeli territory; it authorised the construction of a seaport in Gaza and initiated negotiations towards the building of an airport in the Strip.

Just a few months later — uniquely in the entire Arab World — Palestinian Arabs voted in free elections.  Amazingly given the bitterness of the conflict, Israel cooperated — enabling even residents of East Jerusalem to vote in the Palestinian elections.

It was exactly what the ‘international community’ had been asking Israel to do: concede ‘land for peace’; courageously assume risks by allowing ‘the enemy’ freedom of operation; take a bold step towards ‘the two-state solution’.

The rest is, of course, history. As is often the case in the Middle East, concessions were interpreted as signs of weakness, rather than desire for peace; they were met with harsher demands, rather than generous gestures in return; they emboldened additional extremism, rather than empowering the moderates. To the great surprise of hapless Western supporters of ‘the Palestinian People’s right to self-determination’, the electorate in Gaza, the West Bank and East Jerusalem took the power away from the ‘nationalist’ Fatah and handed it to Islamist Hamas — the local branch of the pan-Islamic organisation Muslim Brotherhood.

Hamas’s first ‘act of government’ was to repudiate the Agreement on Movement and Access, kick out the European supervisors and use its control of the border to smuggle in weaponry.  It used that weaponry to wrestle complete power from the rival Fatah and to subject Israeli towns and villages to a bombardment with mortar shells and ever-more-sophisticated rockets. With Gaza Strip officially ‘enemy territory’, Israel declared a military blockade, a war tactic which interdicts the movement of people and all but essential goods.

Brainwashed Westerners usually describe Gaza Strip as ‘tiny and overcrowded’. It is actually larger than European Union member state Malta; it is somewhat smaller but definitely less crowded than Singapore and Hong Kong…But that is where any similarities end. 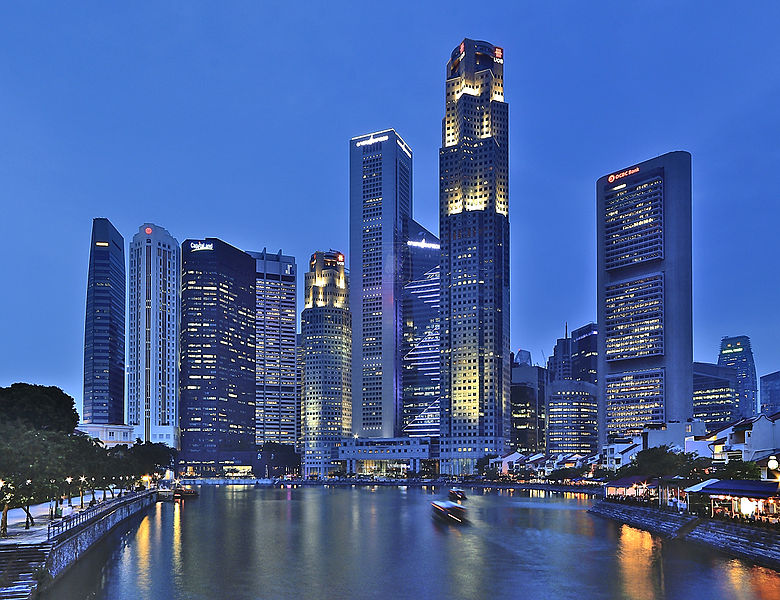 Ten years after the Disengagement, Gaza remains yet another sore point in the Middle East.  Although movement restrictions for people and goods have been relaxed somewhat, they are still in place, driven by war and fear, rather than peace and hope.  There may be an affluent middle class in Gaza — but there is also huge unemployment; one may find markets abundant in products, but also lots of abject poverty…

Under the rule of Hamas and with the ‘kind collaboration’ of a few other terrorist organisation, the territory produces a more-or-less constant ‘drizzle’ of missiles which hit Israeli territory, disrupting, threatening and occasionally destroying life; whenever the ‘drizzle’ turns into a ‘rain’, Israel has to resort to military operations which – despite unprecedented precautions — cause death and injury also among innocents.  To most Israelis, ‘land for peace’ is these days a bitter joke; the belief in ‘two states for two peoples’ has made room to a fierce ‘us or them’ determination.

Another one hits the ground…

But it did not have to be like this. Imagine….Imagine an alternative history in which the ‘liberated’ Gazans cease to attack Israel, choosing instead to focus on developing their now un-occupied, ‘settler-free’ territory. There is no denying their diligence and skill: imagine that the efforts put into digging hundreds of miles of smuggling and terror tunnels were used instead to build hundreds of miles of roads, of water conduits, of sewage pipelines. Imagine that all that wealth of intelligence, creativity, passion and determination were placed in the service of happiness and life, rather than hatred and death.

Imagine that, instead of trading fire with Israel, Gaza traded goods: how many Israeli entrepreneurs would have leaped  to take advantage of that new opportunity?  Imagine scores of ships docking in Gaza Harbour and dozens of airplanes taking off from the newly-built Gaza International Airport.  Imagine European kids traveling to Gaza to get a tan on its golden beaches, rather than fraternise with terrorists.

And imagine Israel alongside this peaceful, stable, prosperous Gaza: who — other than perhaps a handful of fanatics — would not trade land to extend such permanent bliss to the West Bank? How many Jewish mothers would choose to cling to a few more square miles of land, rather than ensuring peace, quiet and happiness for their children?

Imagine Gaza, in an alternative 2015: a positive model for the entire Middle East, rather than an epitome of violence and misery.

Imagine…Yes, imagine. Perhaps that is what’s lacking in the Middle East: a bit of imagination.