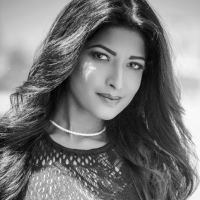 The Blogs
Preity Upala
X-investment Banker turned Miss India Turned Hollywood Entrepreneur
Apply for a Blog
Advertisement
Please note that the posts on The Blogs are contributed by third parties. The opinions, facts and any media content in them are presented solely by the authors, and neither The Times of Israel nor its partners assume any responsibility for them. Please contact us in case of abuse. In case of abuse,
Report this post.

During one gorgeous Californian evening in November this year, the spectacular Maybourne Hotel in Beverly Hills was playing its part in what will soon be a historic immersion into 3500 years of Jewish history. The hotel was hosting a benefit Gala held in honor of the World’s Jewish Museum Hamakom to be opened in Tel Aviv in the very near future. World-renowned architect Frank Gehry is set to spearhead the architectural design and vision for the museum, soon set to open its doors to the world. 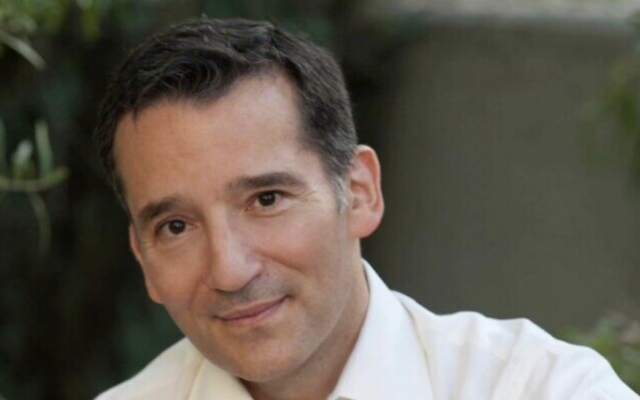 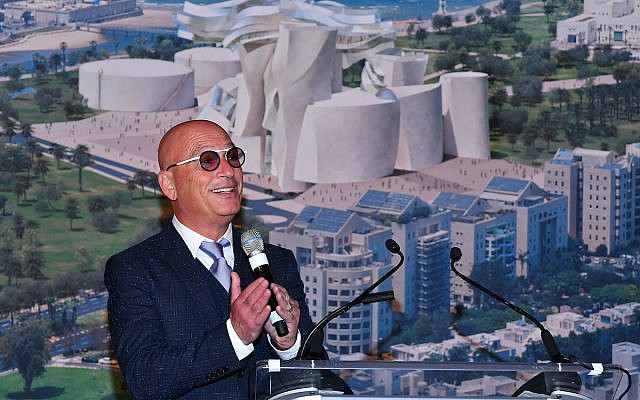 Comic and Emmy nominated television host Howie Mandel hosted the incredible evening with his co-pilot Rabbi David Wolpe, whom Newsweek had named the “most influential Rabbi in America”. The evening raised funds for the museum as well as honored some remarkable members of the Jewish community for their commitment to the WJM project. Gail Asper, the founding force behind The World’s Jewish Museum, revealed that the projected cultural center would be called ‘The World’s Jewish Museum Hamakom’, an addition of the Hebraic word for ‘the place’. Asper announced that more than half of the construction budget had been raised and plans were on track to lay the museum cornerstone in 2023.

The mission of the World’s Jewish Museum is to create a distinctive experience unlike any other. By blending the museum’s unique content to iconic architecture, it will become one of the leading institutions in the world. The three pillars of the project will be the museum and cultural experience; education and outreach both in Israel and the Diaspora; and research using its international platform to disseminate information to communities throughout the world

Among those who were honored that evening were renowned scholar, author and spiritual leader Rabbi Joseph Telushkin who received the Lifetime Achievement Award, Mayor of Tel-Aviv Ron Huldai who accepted the Early Adopter Award and Miri Nash, powerhouse in the world of Jewish philanthropy, who was presented with the Israel Legacy Award.

A special treat all the way from Israel was the Mayor of Tel-Aviv himself Ron Huldai, who accepted his award via video stream presented by Shauna Shapiro Jackson. Mayor Huldai had generously earmarked 6 acres of prime Tel-Aviv real estate overlooking the Mediterranean sea for the Museum. Huldai serves as international Chair of the Board for the World’s Jewish Museum Hamakom, noted that “there is no place better to house and represent Hamakom than world heritage site Tel-Aviv, the start-up capital of the world”. 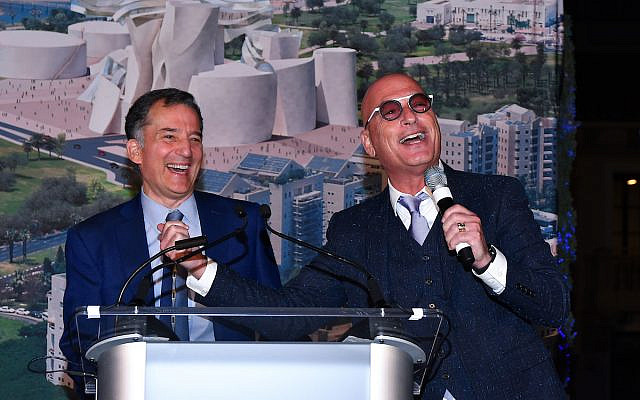 Philanthropist and former Executive Director of the Western Region Friends of the Israeli Defense Forces (FIDF), Miri Nash was awarded the Israeli Legacy Award. In accepting her award, Nash stated that the World Jewish Museum would be a “light in our children’s lives” and borrowed a phrase from Haim Saban, longtime supporter of philanthropic projects, “too much talking, no more talking – more fundraising!”

Rabbi Wolpe presented the 2021 Lifetime Achievement award to Rabbi Joseph Telushkin known fondly as“one of the most respected rabbis, by other rabbis”.  The Rabbi was an influential and early supporter of the World’s Jewish Museum Hamakom and is a member of the museum’s Board of Directors. Telushkin noted that his mission in life has been to spread the ways in which Judaism can make the world a better place; “There are no Jewish answers to Jewish questions, there are only Jewish answers to universal questions.”

On stage, Shauna Shapiro Jackson noted that “As we move closer to the fulfillment of our vision for the World’s Jewish Museum, I am convinced that we are building an iconic, one-of-a-kind gathering place that will become a destination jewel in Tel-Aviv. This will be a place to celebrate the impact the Jewish people have had on the world through the ages and to inspire future generations for years to come”.

As the guests enjoyed a decadent 3 course meal and incredible classical Israeli music, the hosts inspired many that evening to donate funds for the museum. Generous pledges flowed in including a $250,000 donation from John Farahi, Co-Chair of the Board and COO of Monarch Casino & Resort, Inc. Another generous donation was made by David Weiner, Holocaust survivor, philanthropist, and a 2019 honoree. The Gala evening raised more than $1.4 Million during the incredible evening marking the event a huge success.

The World’s Jewish Museum aims to be an immersive experience, part of an iconic complex that will include a world class cultural, and entertainment center. Designed by Frank Gehry, the museum will be a celebration of the contributions that the Jewish People have given to the world. Situated on the bank of the Yarkon River, and overlooking the Mediterranean, the museum is destined to become the hub of cultural and recreational activity in Tel Aviv.

The design is intended to be a gathering place that links the past to the present and the present to the future. In a setting of lush gardens and walking paths, six unique pavilions are set to encircle a grand lobby, each dedicated to a different sphere of inquiry, or tenets of Jewish identity. These Pavilions will be dedicated to the Covenant and the Land of Israel, the Creativity of Jewish culture and the arts, Enterprise, Science & Inquiry, Philosophy & Education, and Tzedek, Tikkun Olam and Tzedakah; incorporating justice, philanthropy and social change.

The world awaits to visit this iconic museum showcasing 3500 years of Jewish civilizational history and culture. In these unforeseen times, it will be a reminder to always stay rooted to humanity and divinity.

About the Author
Preity Upala is a Political Editor and analyst based in Los Angeles. She is an expert on Geo-politics, Conflict- resolution, International diplomacy and Religion. Her passions in life include Spirituality, Vedic philosophy and the Science of consciousness. She is passionate about global cultural issues and her “Dharma” is to be a global thought leader, an ambassador for good and an International Liaison between governments. Preity is the host of a Radio show called 'The Eternal Hour". As an International public speaker and astute commentator, she has spoken at many panels and global Think tanks. A certified "Dharma Ambassador", she has been invited all over he world to speak on Sanatana Dharma, Spirituality and purpose. Preity has been to over 75 countries and considers herself a citizen of the world.
Comments