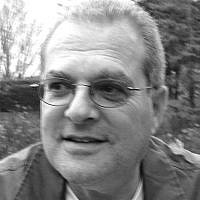 The Blogs
Larry Greenberg
Apply for a Blog
Advertisement
Please note that the posts on The Blogs are contributed by third parties. The opinions, facts and any media content in them are presented solely by the authors, and neither The Times of Israel nor its partners assume any responsibility for them. Please contact us in case of abuse. In case of abuse,
Report this post.

The void created by Pres. Obama’s hasty and JCPOA-related abandonment of US allies in the Middle East has been gladly and speedily filled by our enemies. A 2016 assessment already documenteed that Syria had already been occupied by foreign troops whose main interest in Syria is propping up a regime that would acquiesce for these imperialists to launch their malevolent actions.

While, according to reports by Iran’s Islamic Revolutionary Guard Corps (IRGC), the Syrian military has fewer than 50,000 men, Iran has deployed more than 70,000 Iranian and non-Iranian forces in Syria, and pays monthly salaries to over 250,000 militiamen and agents. According to a report entitled, “How Iran Fuels Syria War,” published by the National Council of Resistance of Iran (NCRI), non-Iranian mercenaries number around 55,000 men; Iraqi militias are around 20,000 men (from 10 groups), Afghan militias are approximately 15,000 to 20,000 men, Lebanese Hezbollah are around 7,000 to 10,000 men, and Pakistani, Palestinian and other militiamen number approximately 5,000 to 7,000.(https://www.gatestoneinstitute.org/9406/iran-soldiers-syria)

Add to this witches’ cauldron, some 50,000 Russian troops, according to a recent Der Spiegel account (but not including their irregular soldiers of fortune) and thousands of neighboring Ottoman (oops) Turkish troops, there is a plethora of flashpoints that make a wider war likely.

On the loosely allied side are the few thousand American troops (which Pres. Trump would like to bring home, over the probalble objection of Secy. Pompeo and NSC Director Bolton) and Kurds who are the main group in the SDF finishing the defeat of ISIS (perhaps just driving their cadres underground), Yazidis and various “moderate” Sunni irregulars.

Israelis and Iranians have already clashed. Israel has made public its intention not to allow Iran to become a threat. At the same time, on Israel’s northern border, 150,000 Hizbollah rockets and missiles are housed in civilian buildings and are trained on Israeli civilians; it has been reported that they are tunneling under the border a la Hamas. And now, according to a recent report (https://www.timesofisrael.com/assad-regime-places-tanks-artillery-in-buffer-zone-with-israel-report/ Assad has displaced UN “peacekeepers” in the Golan Heights buffer zone with his troops and weapons.

It is reasonable to imagine that even among erstwhile allies, accidental sparks could erupt into wider conflagrations. Even more so, where expansionist powers with malign intent could instigate conflict that would explode into a wider war and draw in confrontation between the superpowers.

In the event of a war involving Israel, how would it avoid hostilities with Russia given the proximity of Iranian bases next to theirs? If Israel is initially but not completely successful in repulsing and defeating its enemies, how would the UN act to reverse Israel’s successes with Russia and the US having veto power? Would the Russians rescue Iran and Hizbollah? How would the Trump administration react with so few troops on the ground but with the Sixth Fleet in the neighborhood?

About the Author
Retired technology executive residing in Skokie Illinois, with a background in history and Middle East studies,committed to argue for preserving Western values.
Comments