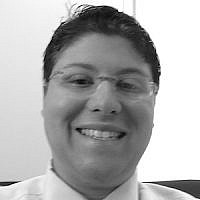 The Blogs
Zachary S. Pastor
Apply for a Blog
Please note that the posts on The Blogs are contributed by third parties. The opinions, facts and any media content in them are presented solely by the authors, and neither The Times of Israel nor its partners assume any responsibility for them. Please contact us in case of abuse. In case of abuse,
Report this post.

Note: This is not an attack on the President of the United States nor his policies; this is strictly an analysis of how the Supreme Court of The United States (SCOTUS) violated the sovereignty of Israel and opened itself up to a serious legal issue of violating its impartiality, integrity and straying from its original purpose.

This past week the United States Supreme Court ruled in Zivotofsky v. Kerry that legislation Congress passed regarding U.S citizens born in Jerusalem was illegal and violated the Separation of Powers.Their rationale for this ruling was that according to the justices decision that the power to recognize nations comes from the President and that forcing the government to recognize Jerusalem as part of Israel hampers the official foreign policy of the U.S. which is the policy that Jerusalem is a disputed city whose status must be resolved by negotiations between Israel and the Palestinians. However one question that did come to mind was the following, did this ruling in fact violate the sovereignty of not just another nation but our closest ally? The answer to that question is yes. Not only does it violate international sovereignty law it clearly shows that the court exposed itself to the appearance that it is getting involved in international politics and being biased toward one view point; this is not and was not the job of the Supreme Court to hear this type of case and in hearing this type of case the court put its founding principles in jeopardy.

On this basis we can see that the court’s ruling meddles with the affairs of another country and causes an international incident by violating Israel’s sovereign right to call Jerusalem its capitol and to exert its governance over it. And to illustrate why Israel can call Jerusalem its capitol under international law consider the following: Israel captured the other half of Jerusalem it did not control  in a 1967 war that was started against it by its Arab Neighbors. Under international law because Israel captured that territory in the process of repelling an attack on its sovereignty it has the right to govern that territory and make it part of their country.

After legally capturing the land the State of Israel made the unified Jerusalem its capitol which it had the right to under international law. The High Court missed this fact for some reason and made an illogical ruling last week. For example had the United States been attacked by Mexico and we invaded Mexico and captured a city, under international law we could make that city part of the U.S and move our capitol to that city if we wished. Therefore not only does the High Courts ruling not make sense, and because it inadvertently sets a double standard that Israel cannot do what other countries could do in a similar situation according people like Natan Sharnsky the court could be guilty of anti-Semitism which only further demonstrates the point that the court is exposing itself to not being the impartial and independent court it is suppose to be.

Now looking at the bigger picture, we see that the Supreme Court actually is getting involved in a political situation when the court is suppose to be a apolitical independent source of law that solves disputes having to do with domestic issues between the other two branches of government (Executive and Legislative). This is due to the fact that by not recognizing Israel’s legitimate control over Jerusalem they seem to favor one side in a political situation when in fact the High Court is suppose to remain independent, impartial and objective. We can see this because the head Palestinian negotiator Saeb Erekat said the ruling “sends a clear message to Israel that its policies of colonization are null and void.” Meanwhile if we go back to the original thinking of the court its original intent and purpose is to solve disputes within the United States not to get involved in international politics.

This ruling sets a very dangerous precedent, that being that the United States Supreme Court can have an input on international affairs when really that power lies with either the Executive or Legislative branches of Government. The only time the court should get involved in international affairs is when it is deciding on the President and his/her power to declare war or related powers (as it did in Campbell v. Clinton) , or it is some issue regarding national security and whether actions taken by the President or Congress in the name of national security are constitutional or compliant with treaties the U.S has signed (see Hamidan v. Rumsfeld or Boumediene V. Bush as current examples) What the court could have done as an alternative to this ruling is decide not to hear the case and let congress know there is a potential conflict with a piece of legislation that they passed as there appears to be in this case in Zivotofsky v. Kerry. Had they done so the court would have stayed impartial and a congressional review of the law could have taken place and this issue could have been rectified without compromising the integrity of the Supreme Court of the United States by ruling on something that it should not have ruled on. For if the highest court in the land is straying from its original purpose and principles than how can any party think their case will be heard equally and fairly?

About the Author
Zachary Pastor is a Pre Law Senior at Florida Atlantic University. He is the Israel Education Minister of Owls for Israel, the ICC Morningstar Fellow, a member of Omicron Delta Kappa and a member of the Pre Law Society.
Related Topics
Related Posts
Comments