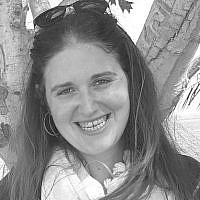 The Blogs
Shakked Beery
The Wandering Jewess: Talks Around the Globe
Apply for a Blog
Please note that the posts on The Blogs are contributed by third parties. The opinions, facts and any media content in them are presented solely by the authors, and neither The Times of Israel nor its partners assume any responsibility for them. Please contact us in case of abuse. In case of abuse,
Report this post. 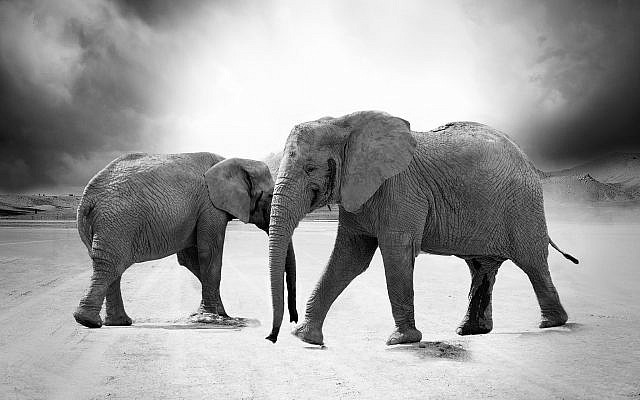 This is not the article I meant to write. Originally, I was going to write about what the research field of Implicit Bias says about biases towards Jews. After all, Antisemitism is one of the more burning hatreds in the US today.

It was in the academia where I first found out I could be subconsciously racist. Given the amazing discovery, I started reading about the research field of “Implicit Bias”. According to the Kirwan Institute for the Study of Race and Ethnicity, the definition of Implicit Bias is attitudes or stereotypes that affect our decisions in a subconscious manner. It implies that characteristics like skin color, ethnicity, age, appearance and such, can subconsciously influence our judgment about people, and lead us to discriminate against them unknowingly.

(If the reader wishes to know my personal thoughts about this field, they should make it all the way to the end of this piece).

My primary subject of studies (and interest) in the academia is current Antisemitism, and just so, I was thrilled by the opportunity to learn about what the field of Implicit Bias says about the leading form of religiously biased hatred in the US.

But there was nothing to be found.

Spiking numbers of hate crimes against Jews in the US are alarming. According to the FBI 2018 Hate Crime Statistics, 57.8% of hate crimes motivated by religious bias in the US were Anti-Jewish, while Jews are only about 2% of the US population. This is only one shocking data out of many. With these numbers, I was certain that the academia, motivated by a superior sense of justice and intellect, will dive into this headfirst. Yet, when asking to write about the research of Implicit Bias towards Jews, I couldn’t find a single reference. It’s not that the research field is poor or narrow. It is unfortunately highly popular, so popular, that it is constantly attempting to leave the walls of the academia and make its way into legislation. Yes, you read correctly, to charge people for something that they do subconsciously. Wait, it gets better.

When searching references for the words “Implicit Bias” and “Jews” in academic research, I found that Jews were indeed included in the research of Implicit Bias, but I was early to rejoice. Jews appeared in the research as the privileged group, tested for bias towards Muslims. This is despite the fact that according to the same FBI statistics mentioned above, Jews are not listed in the report of offenders what so ever, and despite the fact Jews are submitted to far more hate crimes than Muslims in the US (14.5% of religious bias-motivated crime is anti-Islamic, while Muslims are 1.1% of the US total population). When it comes to the academia in the US, Jews are always referred to as the oppressing group, regardless of the hate, hits, and victims they endure.

Last summer I was in Oxford University, listening to a lecture by Prof. David A. Hoffman from Harvard Law School, who self-identified in front of the class as a Jew, talking about the “sensitive and progressive” topic of Implicit Bias. I was listening intently. My ears almost melted. I raised my hand politely during the Q&A session and asked him about the absence of Jews as a victimized group from the research. Prof. Hoffman had nothing to say. Not even off-the-record when I approached him personally after his lectures.

This isn’t surprising. Many spoke against the ridiculous field of Implicit Bias and debunked it far better than I could ever do. My modest addition is to point out the Jewish elephant in the room. The research in academia became narrow-minded, bounded by the narratives it created and is not able to break its own chains. In order to be submitted to discrimination and biased behavior, one has to belong to an “underprivileged group”. But what do you do when as a Jew you’re classified as a privileged ‘White non-Hispanic’, but your ‘group’ is submitted to more religiously-motivated hate crimes in tens of percentages more than any other religious group in the US? As for now, the academia has zero answers. Unfortunately, this shouldn’t come as news to anyone familiar just a little bit, with Jewish history.

About the Author
10 generations in Israel, I am a link in the chain of Jewish survival in the land. I am The Wandering Jewess, constantly on the go. I travel the world speaking about Israel and Judaism. When in Israel I'm a lecturer of these topics. My field of expertise is current Antisemitism. I am a lecturer for Dealing with Current Antisemitism on Tour for the Israeli School of Tourism. Certified Tour Guide in Israel and a content creator for Jewish and Israeli historical and philosophical content. Documenting my travels in Israel and the world and working on a podcast talking about Antisemitism and the challenges in the relationship between Jews in Israel and the diaspora.
Related Topics
Related Posts
Comments