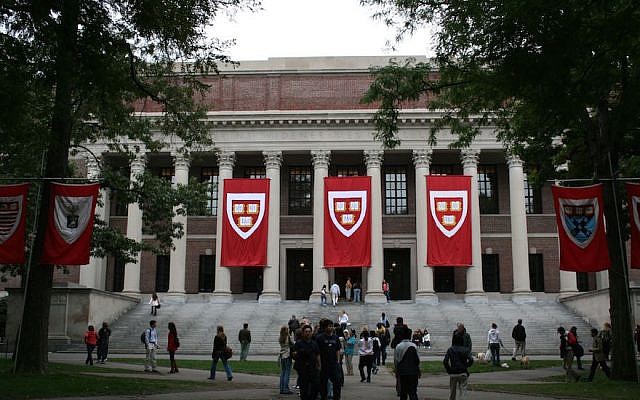 I want to take notice of two trends of the past decade, one an educational one and the other one societal.

The educational trend is STEM — Science, Technology, Engineering, and Math — programs, which prepare our kids to be competitive in such fields as computer programming, robotics and artificial intelligence, data analysis, and more, giving them an advantage in a world that’s increasingly technological.

The other trend is one we all know too well, and that’s the increased polarization of subgroups and cultures, to the point where we are today — where people have lost the ability to speak to those with whom they disagree and instead retreat to safe echo chambers, where they can bash an opposing side in freedom. I hope we’re all tiring of this behavior, especially seeing as it’s getting us nowhere.

It may seem odd to yoke these two trends together, but I’d like to suggest there’s a commonality: these trends, for me, expose the need for the humanities in STEM education and in our lives.

Let’s start with technology. As anyone who has read any science fiction story will tell you, machines taking over the world never ends well. And that’s why the liberal arts college was invented: because people understood the value of knowing things like history, literature, philosophy, languages, and the classics. These subjects not only give people a deep sense of who they are and where they’re from — and it’s always good to be grounded in your own origin story — but they’re also a way to learn how to take in others’ perspectives.

Whether it’s studying history using primary sources that conflict with each other; reading literature by storytellers from different cultures, places, and times; contemplating moral dilemmas that don’t have black and white solutions; or learning a language that requires understanding of the culture that produced it, we are forced out of our own heads and into the minds of others when we steep ourselves in humanist studies.

Humanism seems like a good complement to technology. Or should I say antidote? It’s logical in our age that the pendulum has swung away from the humanities and in the direction of STEM, but perhaps the wiser move is to recognize that we need both: a knowledge of how to use tech and apply it in big and ambitious ways, and the heart and soul not to forget that we’re people, not outgrowths of our phones.

Ken Gordon, a friend, fellow English major, and content, conversation, and community strategist at Continuum, a global innovation design firm, laments the decline in English majors at universities. He cites a blog post by Scott Jaschik from Inside Higher Ed, posted in March 2016, which notes that there was an 8.7 percent decline in humanities degrees from 2012 to 2014. Ken responded to this news by writing about the need for close readers in the world and showcasing the benefits of having someone on staff who can scan a sonnet like nobody’s business. Among the advantages: people who, because they’re well-read, can envision a new future with their highly developed imaginations, who can speak and write about a company in a unique and articulate voice, and who can concentrate. (I know, it’s fun to mock philosophy majors and wonder what they’re going to do with their degrees, but let’s sit for a moment and contemplate how hard it is to read and actually make sense of Kant or Derrida.)

As Ken notes: “English gets a bad rap, and it’s unfair. We need to reappraise the major’s ethos, based on an understanding of what this degree teaches. English’s problem—part of the problem for the liberal arts in general—is its indifference, or perceived indifference, to life off campus. ‘Poetry makes nothing happen,’ wrote [poet] W. H. Auden, but the purpose of studying liberal arts is less about the production of poetry than the development of people who can make meaning of texts, including the text of life, for themselves and others.”

So true. And that brings me to the other trend: the one where we’re talking at each other, not to each other, whether that’s in real life, regurgitating old arguments at family get-togethers, or sharing one-sided views on Twitter and Facebook, where we can unfollow or block anyone who doesn’t agree with us.

Here’s a place where the humanities has a crucial role to play. Steeping ourselves in someone else’s narrative exercises our empathy muscle, giving us the ability to imagine the world from a fresh, wholly unconsidered perspective, and landing us in a place where we perhaps can articulate how even an adversary might feel. Ken admired readers for their ability to concentrate, and I want to build on that: reading is a kind of listening. To have the patience to work out what another mind thinks and means and says isn’t just an act of reading, but an act of listening. When we then take that skill of reading into the world, what we’re really doing is listening well, being curious and adventurous about others, and not closed and judgmental.

We’re forcing ourselves to meet and consider the Other in all of their humanity.

Marketing and PR firms have spent the past decade insisting that everyone tell their story. Everything from soda to boxes has a narrative — literally. (Walmart had three directors tell a 60-second tale about the store’s boxes during the Oscars last week.) And that makes sense. Humans are storytelling creatures, and we thrive on a good yarn. But we also need to stop and listen, hard as that may be to do. We might take inspiration from the Jewish tradition: on the Passover holiday, when we tell one of the most key stories, if not the most, about our national history, we take a moment to mourn the Egyptians. At the apogee of our own excitement about being free, we spill wine to mark the loss that our enemies suffered. Though immersed in recounting our own tale, we nevertheless make room for another’s, even our foe’s.

And though we’re a people of the book, and we tell the Torah’s stories each week on Shabbat, it’s the Shema, whose main verb is an exhortation to listen, that we say each morning and night.

I was working on this article when I found out that my mentor, colleague, friend, rebbe — Rabbi Ozer Glickman — had suddenly passed away. Rabbi Glickman was the one to encourage me to write about why the humanities are needed so badly today. He was a man who loved literature, languages, and poetry, at the same time as he was an extraordinary Torah scholar and on the senior advisory board of a global management consulting firm. An expert on risk analysis, he was as comfortable giving a lecture on artificial intelligence and big data as he was in the beit midrash and quoting French literature and English poets. His wide range of interests and areas of expertise meant that he understood nuance and complexity, and was taking time with his students, acolytes, and community to make sure they did, too. I dedicate this column to him.

Thank you, Rabbi Glickman, for sharing your Torah, insights, and stories, for making us think, and for getting us to look at each more kindly. We are listening.

About the Author
Tikvah Wiener is Head of School of The Idea School, a project-based learning Orthodox high school located at the Kaplen JCC on the Palisades in Tenafly, NJ. www.theideaschool.org. She lives in Teaneck, NJ, with her husband and children.
Related Topics
Related Posts
Tikvah Wiener
Comments