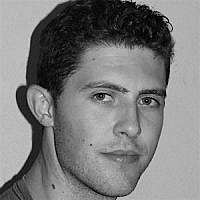 The Blogs
David Eastman
Apply for a Blog
Advertisement
Please note that the posts on The Blogs are contributed by third parties. The opinions, facts and any media content in them are presented solely by the authors, and neither The Times of Israel nor its partners assume any responsibility for them. Please contact us in case of abuse. In case of abuse,
Report this post. 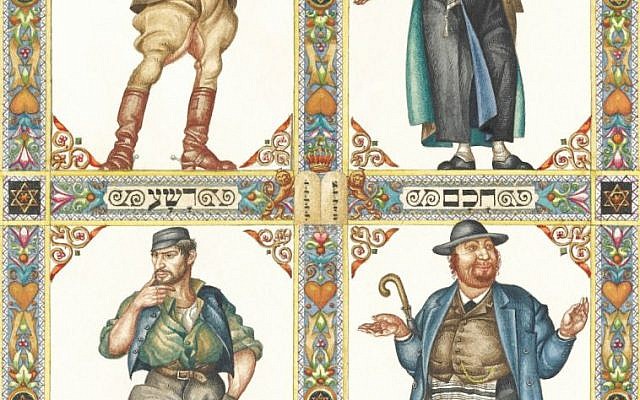 In only a few days, Jewish families the world over will be sitting around lavishly decorated tables to recite the Haggadah. Each family, in their own way, will recount the story of the grueling persecution and dramatic redemption of the ancient Hebrews.

In my family, it is the custom that each participant of the seder will read a paragraph of the Haggadah before passing it along. There is always plenty of jokes made at the expense of the family member on whom falls the portion of the “Wicked Son.”

A Wicked Son — what does he say? ‘What is this service for you?’”

The Haggadah excoriates this son for his use of “for you;” yet this question comes immediately after we read the nearly identical question from the so-called Wise Son.

A Wise Son — what does he say? ‘What are the testimonies, decrees, and ordinances which the Lord, Our God, has commanded you?’”

Due to a grammatical nuance, we learn that the wicked son’s question is exclusionary. He wishes to separate himself from the community of believers and therefore we are told to “blunt his teeth” (metaphorically, probably), and inform him that if he had been in Egypt he would not have been redeemed.

Who is this Wicked Son? What motivation underlies his inquiries?

The Wicked Son is a rebel. He is not merely a rebel, but he — unlike his older brother — is unwilling to be told how to think. He knows that this may bring him ridicule, but he is not a herd animal. Against the lockstep of the masses, he is prepared to walk away. He is suspicious of any new ideology. He will isolate himself from everyone until convinced to do otherwise. His questions are sharp, his tone combative. He is curious — like his “wise” brother — but his curiosity is tempered with skepticism. He is relentless in his search for truth, even if it means he must search alone.

Throughout time many dissenters have been condemned for their separateness. Indeed “Wicked Sons” populate the pages of the past. History has shown that there are far more wicked things than not conforming. These rebels have, at times, questioned the status quo, at other times they have boldly protested it, at yet others, they have attacked it. The same spirit that now joins our seder — that now challenges our beliefs — has always challenged what was popular and the world is better for it. Their voices, though small, create an unceasing harmony. If you listen, you can hear their song.

He is Abraham smashing to dust the idols widely worshipped as gods. She is Shifrah and Puah, performing births against the orders of the mighty Egyptian Pharaoh. He is the refusenik falsely accused of treason, who, warmed by his faith, weathers the paralyzing cold of the Gulag. She is the audacious Jewish mother who prefers torture to denouncing her God. He is the German boy who, at risk of great peril, does not raise his hand to salute Adolf Hitler. She is the girl arrested in Tehran for daringly removing her Hijab. He is the astronomer convicted of heresy for presenting evidence contrary to popular beliefs. She is the African-American woman who will not be told where to sit. He is the man in Tienanmen Square boldly standing before a column of tanks. She is the woman demanding the vote and the slave unwilling to relinquish his humanity. He is the whisper saying no, while the mob shouts, yes. She is the tear of defiance that wets the stormtrooper’s billy club.

They have been cast as heroes and villains, saints and sinners, warriors and writers; but in every epoch, there is a Wicked Son challenging popular opinion and demanding answers.

No matter how many times we blunt their teeth, insult or humiliate them, the Wicked Sons of the world will never stop questioning, protesting and if need be, attacking us.

Perhaps this year we should neither chastise nor condemn, assault nor exclude — but listen to the Wicked Son. Perhaps it is time to hear his questions, become excited by them and join him in the glorious never-ending quest for truth.

Perhaps if we listen, we’ll discover, he isn’t so wicked after all.

About the Author
I am, among other things, the co-host of the Peace Talks podcast. A podcast about the Israeli-Palestinian conflict that attempts to hear from the chorus of voices that animate this conflict. In each episode, we try to deepen our understanding of the conflict and humanize those involved. You can find it on any podcast player you prefer or on our website at: https://peacetalks.buzzsprout.com/
Related Topics
Related Posts
David Eastman
Comments