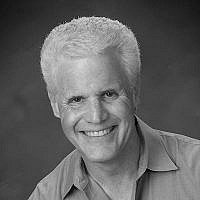 “We kindle these candles because of the wondrous deliverance You performed for our ancestors. During these eight days of Hannukah these lights are sacred; we are not to use them but only to look at them, so that their glow will inspire us to give thanks for Your wondrous acts of deliverance.”

“We thank You for the miracles, for the redemption, for the mighty deeds and triumphs and for the battles which you performed for our ancestors in those days at this season.”

These words will be recited on each of the eight days of the upcoming Hannukah holiday. They refute the widely held assumption that Hannukah is essentially a secular holiday. The first selection is traditionally said when the Hannukah candles are lit. The second is recited during daily worship on each day of the holiday. It is also recited on Purim. Both affirm that G-d is the hero of both holiday stories, and both affirm the declaration expressed in the Passover Haggadah: In every age there are those who seek our destruction. But the Holy One, Blessed be he saves us from their hands.

And yet…unlike the story of Passover in which G-d is THE hero, neither the Hannukah nor the Purim story make any mention of direct Divine intervention. The extra-canonical story of the Maccabean revolt against Syrian-Greek rule and Jewish assimilation into Hellenism often invokes G-d for inspiration and guidance. However, it does not record any miraculous response. To be sure, the miracle of the oil lasting for eight days was a rabbinic “re-focusing” that sought to de-emphasize the Maccabees’ military victory. Moreover, the Book of Esther, although included in the Hebrew Bible, never mentions G-d at all! Indeed, the protagonists of both stories –Mattathias and Esther respectively—are human beings. G-d’s direct involvement in both stories seems to be absent.

Fast forward two millennia. Believing G-d to be no longer involved in history, many of the early Zionists rejected the traditional Jewish belief that Jews must wait for a Divine act to bring them back to the Land. In their embrace of Hannukah as the holiday of Jewish self-determination, they understood the courageous actions of Mattathias and his sons as a lesson that it was time to stop waiting for G-d to act. Instead, they themselves would have to make redemption a reality.

This is essentially the message of the well-known Hannukah song “Mi Y’malel/ “Who Can Retell”:

Who can retell the things that befell us/Who can count them?
In every age a hero or sage/Came to our aid.
Hark! In days of yore in Israel’s ancient land
Brave Maccabees led the faithful band.
But now all Israel must as one arise
Redeem itself through deed and sacrifice.

It’s interesting: The two holidays that most American Jews can be counted on to observe in some way—Passover and Hannukah—each commemorate our being rescued, while affirming that somehow rescue will always be “in the cards” for us:

— In every age there are those who seek our destruction. But the Holy One, Blessed be he saves us from their hands. (Passover)

— In every age a hero or sage/Came to our aid. (Hannukah)

Which begs the question: in every age, on whom should we depend? G-d or human beings?

For me, the answer to this question is simply “yes”: G-d and humans had and have always had, their parts to play. The rabbis of old focused on G-d; the early Zionists (especially the atheists and agnostics among them) focused on charismatic leaders.

As a modern believing Jew, I understand that G-d’s redemptive role has evolved through Jewish history. Beginning as a “center stage” role, it has evolved into one that seems to be more “behind-the-scenes”. G-d now seems to focus more on being “writer/producer/director” than a top-billed “star of the show”. Nevertheless, His role is necessary: actor(s) can’t perform without a script, and every play or film has a director.

And if there is any one thing the Director must do viz the “hero or sage who comes to our aid”, it is to inspire that person with courage:
The courage that Esther had when deciding to approach the King, knowing it might cost her her life; the courage that Mattathias brought to the moment when he killed the apostate Jew and the Syrian officer in public, thus touching off the Maccabean revolt.

The late President John F. Kennedy poignantly describes this kind of courage in his classic work, Profiles in Courage:

“The courage of life is often a less dramatic spectacle than the courage of a final moment; but it is no less a magnificent mixture of triumph and tragedy. A man does what he must—in spite of personal consequences, in spite of obstacles and dangers, and pressures — and that is the basis of all human morality. In whatever area of life one may meet the challenges of courage, whatever may be the sacrifices he faces if he follows his conscience — the loss of his friends, his fortune, his contentment, even the esteem of his fellow men — each man must decide for himself the course he will follow. The stories of past courage can define that ingredient — they can teach, they can offer hope, they can provide inspiration. But they cannot supply courage itself. For this each man must look into his own soul.”

“We thank You for the miracles, for the redemption, for the mighty deeds and triumphs and for the battles which you performed for our ancestors in those days at this season.”

On Hannukah and Purim we praise G-d for the miraculous redemption He brought about for our people. But perhaps the true “miracle” of each holiday is not only that when we called out G-d answered, but also that when G-d called, there were those among us with the courage to respond.

“In every age…” If Jewish history was a television series, this could well be its title. We are now living in a time when past episode themes are being repeated– once again there are those who seek our destruction. Will this new episode conclude as others have? Is rescue/redemption still “in the cards” for us, or are we looking at a season—or G-d forbid—even a series finale?