The Blogs
Carol Silver Elliott
Apply for a Blog
Advertisement
Please note that the posts on The Blogs are contributed by third parties. The opinions, facts and any media content in them are presented solely by the authors, and neither The Times of Israel nor its partners assume any responsibility for them. Please contact us in case of abuse. In case of abuse,
Report this post. 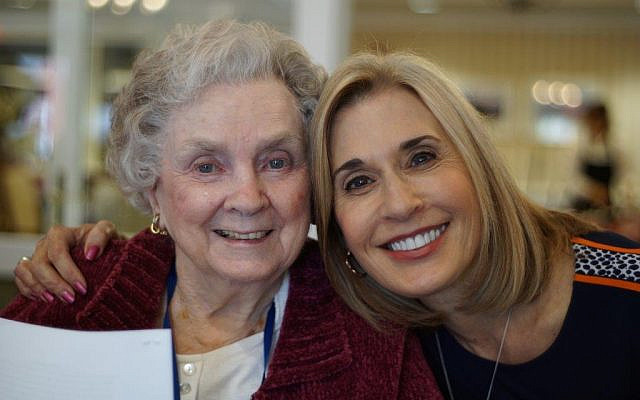 I don’t know that I fully appreciated my mother until I became a mother myself.  I didn’t understand the depth of the connection, the enduring commitment, the love without boundaries.   As a child, there was no question that I loved my parents and that I chafed against the constraints that I know now were there to help me learn and grow, keep me safe and protect me whenever possible.  No one who knew me then, or knows me now, would think I was an “easy child” and, although my mother had infinite and abiding patience, there were more than a few times that she said to me, “Someday you will know.”  And, of course, she was right.

Having lost my mother when I was 25, I never had the opportunity to tell her that “someday” did come and that I did know.  I never really told her how much I appreciated and valued her, I think because the 25-year-old me was pretty deeply in denial that my mother was going to die.  Even if I had understood it, I don’t know that I would have been able to find the words.  I wish I had.  I wish I could still tell her that losing her has left a hole in my life that will never be filled.

But I was extraordinarily blessed to have a mother-in-law who did so much to fill that hole and fill that role in my life. Claire accepted me the first moment I met her.  And there is no question that she did not have to do that—I was divorced, I was a very different religion than the one to which she was so devoted—but yet she never hesitated.  Her warmth, kindness and love enveloped me as well as my children and she never once wavered in that love.  As a woman of unshakeable faith, Claire would start every day with prayer and she would go down the list of her sons and their children, including my sons and their children as well.

When she began to need more support, we moved her to Cincinnati into assisted living, where I was working at the time.  Within days, she had become a part of that community, had made friends and was engaged in activities.  The executive director of that building once asked Claire to show her apartment to a prospective move-in. She did so with such enthusiasm and charm that Claire became an unofficial member of the marketing team and was responsible for more than a few people deciding that they wanted to live in the Oak View apartments.

Coming back to her home state of New Jersey, when we made the move, was a joy for Claire and she embraced her life at Jewish Home Assisted Living with the same energy.  Although her glaucoma was severe, she learned to recognize people’s outlines (all she could see) and their voices and she added them to her extended family. And, until her death last week, I know she was a part of their families as well.

It is truly a gift to have someone not your biological parent love you like a parent, unconditionally and fully.  How blessed I was to know that love from my mother-in-law, how grateful I am to have had her in my life for so many years.  I hope she knew how much that love was mutual and how much I appreciated her in all ways, every day.