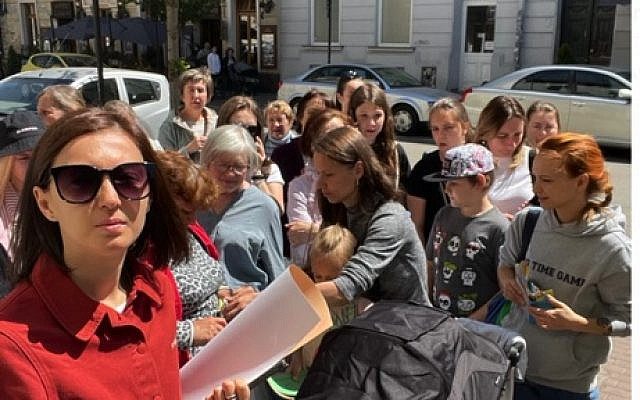 Nastya directing a group of Ukrainian refugees, waiting in line at the JCC distribution center in Krakow (Photo: Avi Baumol)

There are currently millions of Ukrainian refugees living in countries all over the world – they are dejected, separated from their loved ones, trying to survive in this surreal new reality, but suffering, externally and internally. The Jewish Community Center of Krakow has tried to help as many as they can from the several hundred thousand who have found refuge in this city. Opening their doors to hundreds of thousands, finding lodging for thousands, feeding tens of thousands with no sign of letting up. Realizing that in this temporal existence what these refugees need more than anything is a job, a sense of normalcy, a dignified way to provide for their families, the JCC has provided 25 jobs to refugees, who in turn, help others struggling to find their way in these murky times.

But as much as the JCC can provide aid for those in need, the nature of the loss is staggering and the effects of this traumatic, life-altering crisis is incomprehensible. I present below one of the ‘lucky ones’, a woman who found a job, a home and community and a support system. She came from Mykolaiv at the beginning of the war and now, five months later, even as she attempts to reconstruct her life, she cannot escape the demons that haunt her in the night. Here is her chilling stream of consciousness in the middle of one night when she could not find rest: 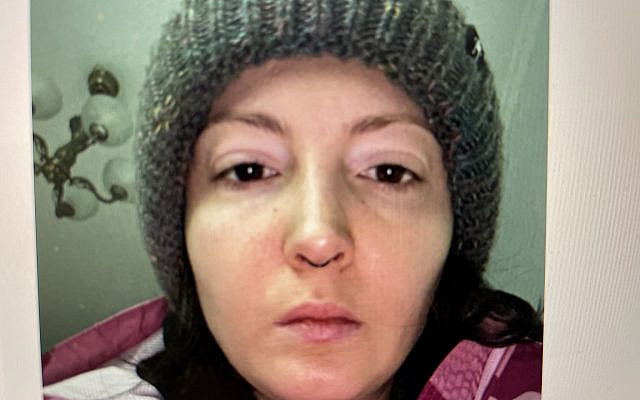 Nastya on the run during the first day of the war in Chernivtsi (Photo: courtesy)

“Last night I was sick, I had a temperature with horrible headaches. During the day,  my body was not tired and I tossed and turned in bed, plunging into a dream, then emerging into a nasty sticky reality. Once again, I was blown up by the noise outside the window – it was the police who drove by. I live on a busy street and it’s very “fun” here even at night. The brain has already carried many sounds to a distant dusty, but thin folder with the name “Safely”. But some, I may never get used to.

Twitching from loud sounds in an action movie / series is not so scary, the following pictures deceive the brain and it forgets. Forgets for a while.

But at night, when the brain does not understand, the most difficult begins. We run like cockroaches around the kitchen when the lights are turned on in the middle of the night, every time police and fire brigade rush past the window at night. Eyes squint in the bright light of the phone, fingers frantically beat on the screen of the smartphone scanning the news feed.

I can’t fall asleep for a long time, lying with tachycardia in bed tense so that my brain starts to hurt. Reminds me of OCD. Everything depends only on me. The feeling is that if I fall asleep deeply, I will miss the beginning of the attack on Poland. How many of my compatriots overslept her on what seemed to be a peaceful, routine night. What could possibly go wrong? But we went to bed in a peaceful, cozy evening, and woke up to the very balls in the war. And no one knew what to do. Night is the most vulnerable time. I’m so tired of waking up from the war in my head every time.

I really do not want something to happen to Poland. These good people don’t deserve this. No one deserves what every Ukrainian had to endure on that cold morning of February 24th.

The worst thing is that I remember is the look of my face the first months after my arrival. I was frightened when I accidentally caught it in the reflection of shop windows, coffee shops, bakeries. The aroma from the bakery seemed like some kind of surrealism. This face was seen by everyone to whom I approached for help. I looked with it at my daughter.

Then I went and bought myself the cheapest eyeliner and mascara. It seems to be such a small stupid thing, but it helped me. My landlady and her brother have brought me so many things that fit (my daughter) Vasilisa and me. I dressed up and did make up, did make up and dressed up. And it really helped. The external look reflected inside me and I healed a little. Today I do make up and dress up much less often. My face is almost like it was BEFORE. But it can be seen on those very nights when I wake up from the pops of broken bottles of a drunken company or sirens or ambulance. 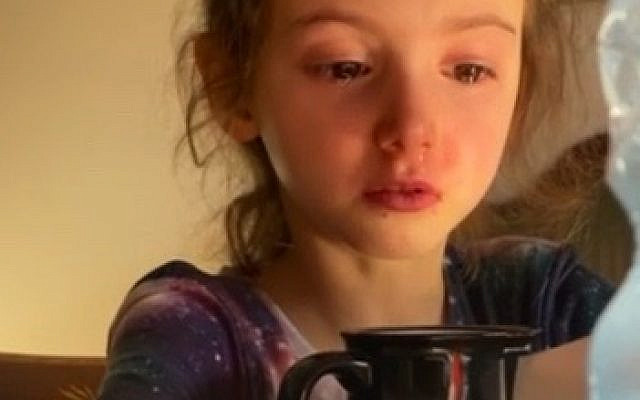 Now I’m crying, remembering only a little of what we went through with my daughter. I’m crying now because I didn’t cry then. My daughter was crying. I didn’t know how to help her. I didn’t know how to calm her down. I can only imagine with horror what was going on in her smart head. Then I was a rock, I was a firestone. Now she laughs and I cry. Now I can.

A thought that is constantly spinning in my head- comparing myself to a plant. You can transplant a mature seedling and it will take root because its roots are strong. This is how I fled to Poland. But what will happen if you transplant a young tender plant, with such green fluffy roots. It will die. No options. I saw this a bunch of times when I was new in gardening. I’m a f*cking cucumber sprout.

Therefore, I am afraid of loud noises at night to the pain in my brain. If I have to run, I’m unlikely to survive.

Time: 02:02, a trumpeter is playing on Mariatsky, apparently this night is still safe. Morning, please don’t let me down.” 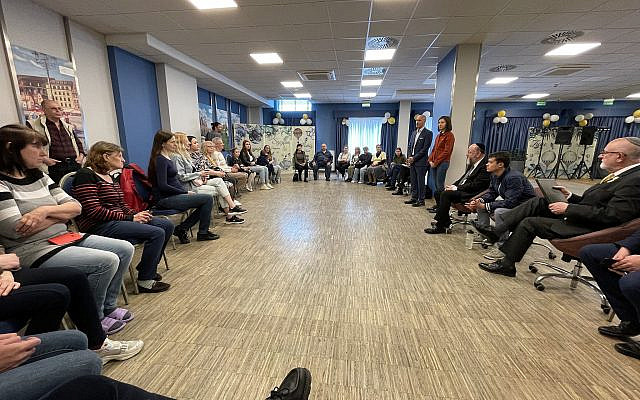 Nastya translating a group of Jewish Ukrainian refugees for the Chief rabbi of the United Kingdom (Photo: Avi Baumol)

Nastya continues to work, day in day out on behalf of the less fortunate refugees. Every so often, whether talking privately, or in a group, she will cry a flood of tears, then regain her composure and get back to work. Nastya is a testament to the unyielding human spirit and the courage of these Ukrainian women to keep going forward and to never give up, though, once in a while, allowing themselves to cry. 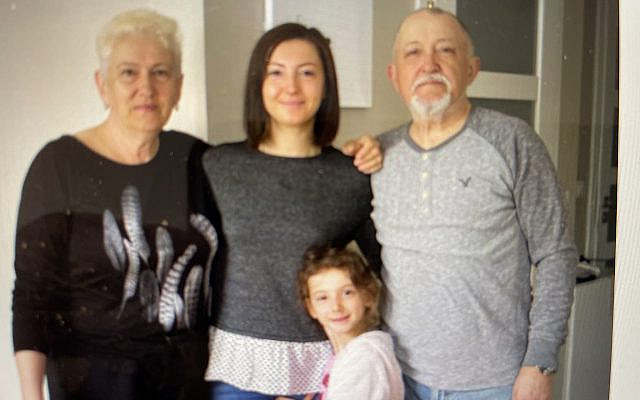 Nastya and her parents with her daughter Vasilisa in Krakow, Poland (Photo: courtesy)
About the Author
Rabbi Avi Baumol is serving the Jewish community of Krakow as it undergoes a revitalization as part of a resurgence of Jewish awareness in Poland. He graduated Yeshiva University and Bernard Revel Graduate School with an MA in Medieval JH. He is a musmach of RIETS and studied at Yeshivat Har Etzion in Alon Shevut. He served as a rabbi in Vancouver British Columbia for five years. Rabbi Baumol is the author of "The Poetry of Prayer" Gefen Publishing, 2010, and author of "Komentarz to Tory" (Polish), a Modern Orthodox Commentary on the Torah. He also co-authored a book on Torah with his daughter, Techelet called 'Torat Bitecha'. As well, he is the Editor of the book of Psalms for The Israel Bible--https://theisraelbible.com/bible/psalms. In summer 2019 Rabbi Baumol published "In My Grandfather's Footsteps: A Rabbi's Notes from the Frontlines of Poland's Jewish Revival".