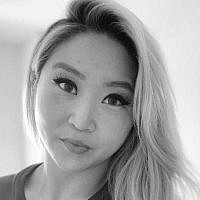 The Blogs
Meorah Ha-Me'ir
Founder & Creative Director of BARA Worldwide
Apply for a Blog
Advertisement
Please note that the posts on The Blogs are contributed by third parties. The opinions, facts and any media content in them are presented solely by the authors, and neither The Times of Israel nor its partners assume any responsibility for them. Please contact us in case of abuse. In case of abuse,
Report this post.

In less than an hour, it will be the 7th of Adar—the birthdate and yahrzeit of our beloved Moshe Rabbeinu (ZY”A). This date is, in part, why we celebrate the inherent joy of Adar as we honor the greatest prophet that is, was, and ever will be (it is said that even Moshiach will not surpass his level of prophecy). As Jews, we are indebted to Moshe Rabbeinu for leading us out of Egypt and receiving the Torah; a formidable task that only he could endure.

When I think of Moshe Rabbeinu, I am struck by his story because one would imagine such a leader to be bold and courageous. But Moshe, as we learn, was unsure of himself. He felt unworthy of his mission despite Hashem’s urging for him to go forward. And he was so lacking in confidence that he could not speak from his heart. Many of us can relate (and I am no exception), but few of us can relate to his ability to press forward. What we learn from our teacher is the value of perseverance; the value of taking it one step at a time. Despite his insecurities, he recognized that he was to be an agent for change; the agent to lead us all the way to Redemption. And as unworthy as he felt, he could not deny G-d, for it was G-d who allowed him to rise to such heights.

His story is epic. And every time I reached the end of Devarim, I read the last chapters with my heart wrenching in dismay. How could Moshe, the leader of our nation, not be allowed to step foot in Eretz Yisrael? How could he lead us all the way to the end, only to die and not see it to fruition? Until recently, I found this summation unsettling. But now, I can see the joy of his life.

It is said that every Jewish soul carries his spark; that Moshe’s very soul lives within ours. So I imagine that when Hashem spoke to him in Moab, showing him the land and the future of our nation, our wise teacher understood he would share in our experience. For all those years I thought he missed out, what I failed to realize is that he continues to lead us.

As we rise from the nations and return to the land, yearning for Redemption as our ancestors before us, we are driven by the part of our soul that is his. It is no matter that we feel so unworthy, for we will persevere like our teacher, one step at a time.

On this very special day, as we honor Moshe Rabbeinu, I pray that we will reunite with his neshama—speedily and soon!

About the Author
Meorah Ha-Me’ir is the Founder & Creative Director of BARA Worldwide (a nonprofit dedicated to breaking the cultural barriers around Torah-observant Judaism) and House of Judah™ (a brand that’s redefining Jewish apparel and elevating the representation of Judaism through streetwear — available at www.houseofjudah.co). Through both of these ventures, Meorah is making Judaism more accessible by creating a bridge between mainstream culture and observant Jewish lifestyles. Her personal mission is to inspire Jews of all backgrounds to return to the values of Torah & mitzvot by voicing her support of the observant community which she believes is greatly misunderstood and often poorly perceived. As a Korean-American Jew aspiring to live both authentically and observantly, Meorah embraces her unique Jewish identity and hopes to encourage others to do the same. You can follow Meorah's work on Instagram (@hameorah) and watch her on YouTube at www.youtube.com/meorahhameir.
Related Topics
Related Posts
Meorah Ha-Me'ir
Comments