A baby in Israel is alive today thanks to Yehezkel Yitzchak Gabbai, a paramedic and the Deputy Chapter Head of the Galil chapter of United Hatzalah. Yehezkel lives in Tzefat with his wife and 11 children. In addition to providing for his large family, Yehezkel feels that he has a mission to save lives. He balances his volunteering work and family life by keeping his family informed of everything that he can that is involved with his life-saving work. He encourages everyone he meets to never give up on their own lives or health, as mercy may be shown even in the last few moments of life and a person can often be saved even from the brink of death. 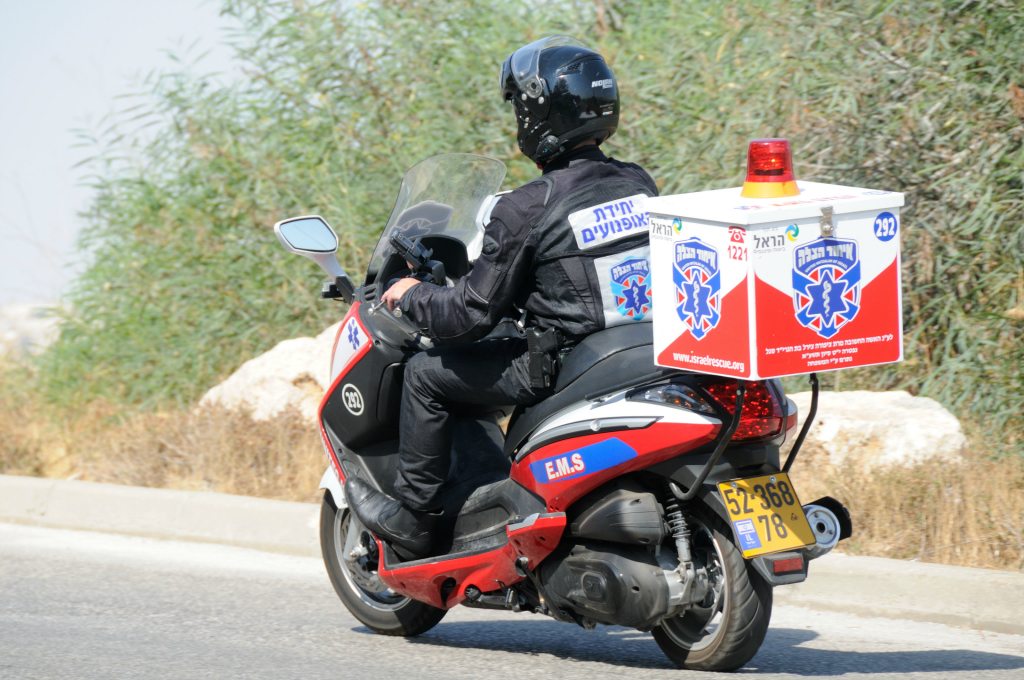 (Photo: An EMT on an ambucycle riding to an emergency.
Credit: United Hatzalah)

One story of a miraculous save that Yehezkel responded to was a call that came in from the dispatch center that a two-month-old baby was unconscious in his vicinity. Yehezkel raced to the scene of the call. “The baby was connected to a breathing machine via a nasal cannula and had managed to pull out the cannula that was keeping him alive,” Yehezkel recalled. “The baby lost consciousness, had no pulse and was not breathing. The despondent and frightened mother called for an ambulance, and when I responded with another volunteer from United Hatzalah we began performing full CPR on the child.”

While the two medics were busy trying to save the life of the baby, Yehezkel noticed that the oxygen that they were providing the child was not entering his lungs.

Worried, Yehezkel contacted the dispatch center and asked how far away the ambulance was. When the reply came back that it was ten minutes away, Yehezkel knew that he needed to do something quickly or the baby would not survive.

Yehezkel asked the mother’s permission to attempt to reattach the cannula that the baby had knocked out of place. She agreed, and thankfully, after a few moments, Yehezkel succeeded. When the ambulance finally arrived, the child had regained a pulse and was breathing on his own via the cannula.

Now, a year later, the child is healthy and is not suffering any side effects from the incident. Yehezkel has had many successful saves over the years, and while they are all memorable, few have left the impact on him that this one has. He reported that seeing this boy alive, happy, and healthy gives him a reason to volunteer, every single day. It provides him with the focus to continue a resuscitation, even when almost all hope is lost, because one never knows just how a person will be saved.