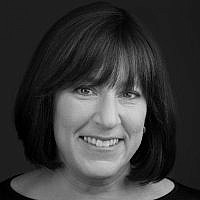 Between legalization, increased normalization of usage, and new ways of using marijuana (edibles, vaporizers, concentrates), it is becoming more and more complicated to know how to address marijuana use with your kids.

Marijuana Use Among Our Youth

The National Institute on Drug Abuse (NIDA) found that marijuana use among our youth in 2020 based on national averages is as follows: 11% of 8th graders; 28% of 10th graders; and 35% of 12th graders (University of Michigan Monitoring the Future 2020 Survey). Concurrently, public opinion has shifted in the past two decades with the percentage of adults in the U.S. who support marijuana legalization increasing from 31% in 2000 to 67% in 2019 (Pew Research Center Fact Tank, 2019).

The perception of risk of marijuana use is declining with many people believing that it poses no health risks and is not addictive – which is false. According to a 2019 SAMHSA survey, less than 35% of youth ages 12-17 believe smoking marijuana 1-2 times a week poses a great risk, which is significantly lower than the perception of great risk caused by the regular use of other substances. In addition, adolescents whose parents have used cannabis within the past year are at greater risk of using the substance themselves than adolescents whose parents have never used cannabis, demonstrating the powerful influence parents have on their children’s substance use decision making.

How is Marijuana Used?

There are several forms of intake, with vaping, edibles, and dabbing emerging as the most popular methods. Each has its own inherent risks and dangers.

The Risks of Use

There are some very real risks of marijuana use in any form including many cognitive and physical effects. Acute effects include impairment of learning, memory, attention, and decision-making. Cannabis has a negative effect on several cognitive functions that directly impact driving, creating a higher risk for being involved in an accident. Cannabis can also cause an increase in blood pressure, elevated heart rate and the potential for adverse cardiovascular effects.

Chronic effects include increased risk of schizophrenia or psychosis particularly in those with a predisposition or pre-existing condition. Long-term use is associated with potentially permanent decreased cognitive function. Use prior the brain fully developing, which doesn’t occur until the age of 25, can disrupt brain development during adolescence. Smoking marijuana regularly can increase the risk of lung-related issues, and there is also the risk of stroke and other complications.

So What Can We Do?

Talk to your children early and often about the risks and dangers associated with marijuana use. Educate yourself and be a reliable source of information. Talking to your children about these topics can serve as a protective factor from many high-risk behaviors including using substances. Good communication between parents and their children is the foundation of solid family relationships and developing good communication skills helps parents detect problems early, support their child’s healthy choices, and stay aware of what is happening in their children’s lives.

Broaching the topic of substance use is not easy, but it is necessary. When parents create strong and nurturing relationships with their children, it can help them make better decisions about experimenting with substances. Having open and honest conversations with your kids is one of the most powerful ways to connect with them and help them develop into healthy adults. Young people are more likely to listen if they know you are on their side, so make sure you make it clear that you are coming from a place of love and compassion. Show your concern and demonstrate that you want them to be healthy and safe as you state and reinforce why you don’t want your child to use substances.

Some Tips on Communication

Keep the Lines of Communication Open

This is not a “one and done” but, rather, parents having ongoing, frequent and organic conversations that evolve as your child gets older. There are frequent touch points and teachable moments that come up all the time. Use these as natural opportunities to discuss substance use. Although it may not always seem like it, children do hear you and your concerns and it can impact their behaviors. Just keep talking!

About the Author
Lianne Forman, a 28+ year Teaneck resident and a corporate and employment lawyer by training, is the Executive Director of Communities Confronting Substance Abuse (CCSA), the organization she and her husband, Etiel, founded in 2018. Through their own family’s struggles, they founded CCSA to create greater community awareness and education about substance abuse and addiction in the Jewish community. CCSA’s mission is to eliminate stigma around addiction in Jewish communities through awareness events and facilitating evidence-based educational programming for students and parents. See www.JewishCCSA.org for more information.
Comments