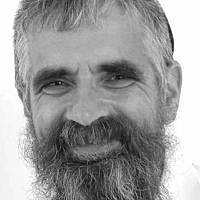 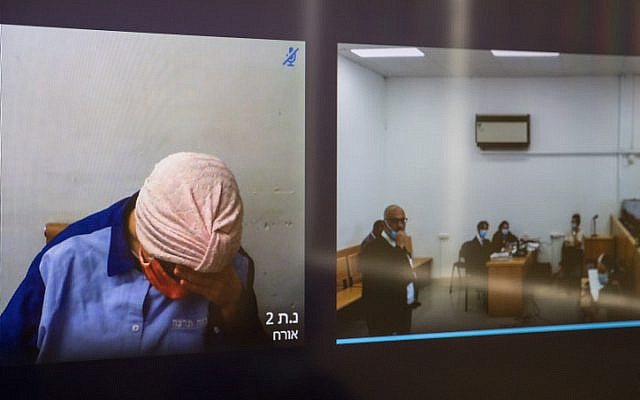 Malka Leifer seen on a screen, left, via a video link during a court hearing at the Jerusalem District Court on July 20, 2020. (Yonatan Sindel/Flash90)

At this important moment, when appropriate justice has been delivered by the court in the case of Malka Leifer, it is imperative that we strive to ensure the following moral code:

All Jews, wherever they find themselves on earth, should now know that Israel will not become a “city of refuge” for those who harm others, and that Israel will extradite any accused criminals back to their countries to face justice.

All Jews, wherever they find themselves on earth, should know that our gates are open wide to all who desire to come, but never will we welcome those who are seeking to flee in the face of justice for horrific acts and crimes.

All God-fearing Jews should know that our Torah, its prophecies, and laws will defend the rights of the victims and not the perpetrators of these crimes.

All humans must know that they are strictly forbidden from sexually abusing or manipulating another and any such act will be met with the fierce arm of justice, which is designed to determine the extent of the crime and respond with appropriate punishment.

All the victims — women, men and children alike — can be assured that we will not rest until the crimes perpetrated against them are brought to light so that the public can understand the scope of evil committed.

Any suspect should know that the sacred concept of presumption of innocence that ensures that those who are truly innocent will not be held accountable for crimes they have not committed, and will not and cannot be used as a tool of manipulation by those who are truly guilty.