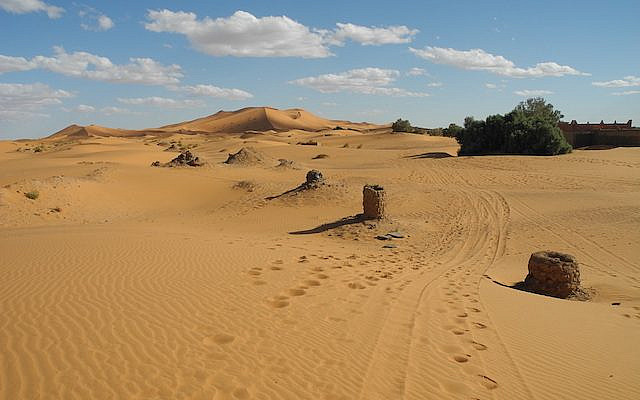 Who was Isaac (Yitzchak)? What was his life about, and what was the lasting legacy that he left for future generations?

The first verse of Parshat Toldot contains the answer: “These are the generations of Yitzchak, the son of Avraham: Avraham fathered Yitzchak” (Gen. 25:19). Yitzchak’s life can be distilled into this one fact: He was the son of Avraham.

The significant events of Yitzchak’s life, as told by the Torah, are those in which he follows in his father’s footsteps, as he repeats and re-lives moments of Avraham’s life. During his life, Avraham had claimed that Sarah was his sister, and so Avimelekh tried to take her as his wife. Yitzchak also claims that Rivka is his sister, and Avimelekh—perhaps somewhat wiser this time—also almost takes Rivka for a wife. Avraham had dug wells in the land of the Philistines; Yitzchak first re-digs those same wells and re-dedicates them by calling them by the names that Avraham had given them.

It is hard to feel inspired by Yitzchak’s life. He is not the compelling visionary, the path-breaking pioneer, that his father was. And yet, as a people, we would never have survived and prospered were it not for our forefather Yitzchak and for all the “Yitzchaks” who followed him.

After Avraham, you need a Yitzchak.

After a visionary, you do not want another visionary. After the advent of a radical new religious worldview — a belief in a single, ethical God — the last thing you need is another worldview that is also radical and new. What you need, after all this excitement, is a little normalcy. You need to stop the pilgrimages and the wanderings, and to put down roots and settle the land.

For that first leader’s vision to take hold and get traction, the leader who comes after a visionary must ground that vision in reality. That leader must model how to sustain that vision so that it can continue in the next generation, and in the generations after that one.

Yitzchak took what Avraham did and made it into a fact of life, a structure of how we live. He translated vision into practice, and into the daily rhythms of life. He shepherded the next generation from charisma to custom.

To some degree, Yitzchak is a follower, not a leader. We would do him and ourselves a great disservice, however, to downplay the power of this role. As Derek Sivers teaches in his well-known TED talk, without followers, a leader is just a kook. It is the followers — and critically, the first follower — who make this would-be kook into a leader, and who transform one person’s actions into the start of a wider movement.

In this role as a follower, one can be a great leader. Yitzchak, critically, does not just follow the forms of Avraham’s practice. He understands the vision and he works to keep it alive. After Avraham dies, the wells that Avraham had dug — the life-giving, nurturing sources that he uncovered — had become stopped up. It is Yitzchak’s task to ensure that these waters — their energy and their power — keep on flowing, even when Avraham, with his magnetic charisma, is no longer around. As a leader, Yitzchak also understands that what inspires and what nurtures the soul for one generation will not necessarily be the same for the next one. For Avraham’s legacy not to become ossified, hollow forms and new wells need to be dug. This time, they are new wells, with new names.

Thank God, in our millennia-long history as a people, we have had our Avrahams. In fact, we have had a good number just in the last century: Theodore Herzl, Rav Soloveitchik, Rav Kook, and the Lubavitcher Rebbe, among others. However, it is the Yitzchaks—the ones who have continued and sustained our tradition, who have treasured it, taught it and passed it down, who have found ways to keep its waters flowing, who have dug new wells so that those wells continues to give life and nourishment to the soul— it is those Yitzchaks, with their follower-ship and their leadership, who have kept our Judaism alive throughout the centuries.