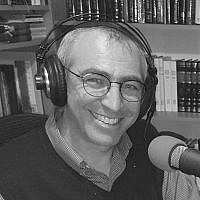 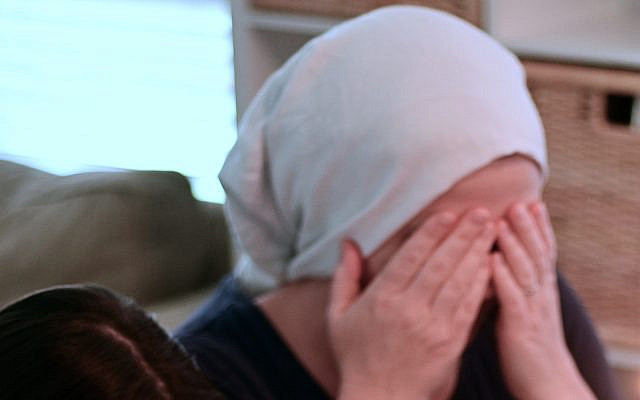 Haim Walder’s death, revealed on Monday, was front-page news in many outlets that chronicle the Jewish world (The Times of Israel included). And of course, his death was reported in newspapers of the Haredi world, the world from which Walder hailed. Accounts appeared in the Haredi publications Kikar HaShabbat and Behadrei Haredim – and both were disgraceful.

Walder was one of the most powerful and trusted voices in the ultra-Orthodox world, largely because of his wildly popular “Kids Speak” series, which purportedly told the real stories and discussed the inner emotional lives of Orthodox children. He also ran the Center for Child and Family in Bnei Brak, had a weekly column in Yated Neeman, and hosted a radio talk show. The Israel National Council for the Child recognized his good work in 2003 by giving him its Magen HaYeled award.

The feel-good facade fell apart last month when Haaretz printed a well-sourced expose claiming Walder was, in fact, a serial sexual abuser. Once the article was published, the floodgates opened and more damning information came to light. Rabbi Shmuel Eliyahu, the chief rabbi of Safed, son of Israel’s former chief rabbi and a well-regarded scholar in his own right, revealed that he had heard testimony unrelated to the Haaretz article that attested to Walder’s guilt and that his actions had literally broken up families. Most recently, on December 26, Rabbi Eliyahu’s rabbinical court in Safed heard from 22 people who testified that Walder had committed sexual assault and sexual harassment against girls, boys and women.

Instead, both sites reported the death of the Haim Walder we thought we knew in October: the upstanding defender of children, the winner of the Magen HaYeled prize, the author who sold untold thousands of books. They both repeatedly added z”l after his name, meaning “of blessed memory.” Kikar HaShabbat concluded its article with the phrase, “May his soul be bound in the bond of life,” while Behadrei Haredim concluded with “May his memory be a blessing.”

To be sure, Kikar HaShabbat mentioned — in paragraph nine out of 11 — that his radio show was suspended several weeks ago because of serious evidence that he behaved “inappropriately.” But even more space in that same paragraph is dedicated to saying that he “emphatically” denied the allegations, and quoting his statement saying he would spend the upcoming months in the struggle to defend his name. This meager allusion to the massive scandal that enveloped Walder was still far more than Behadrei Haredim wrote about it; the self-professed largest site in the Haredi world made no mention of the scandal at all.

Why does this matter?

It matters because everyone needs to acknowledge the criminal nature of sexual abuse, and to inform the public that sexual crimes will not be tolerated. Treating Haim Walder as a departed hero sends the explicit message that rape and sexual harassment can and will be ignored. Make no mistake: many of the readers of these sites know exactly who Haim Walder was. Kikar HaShabbat and Behadrei Haredim are telling them that his crimes are not, in fact, part of his legacy. When all is said and done, rape, sexual abuse, and sexual harassment are not particularly important.

It matters because we need to be able to speak frankly and openly and with appropriate language about sexual abuse. When the terms “sex” and “sexual abuse” are taboo, victims lack the vocabulary to describe what abusers have done to them. And when the topic of sexual abuse is at best couched in terms like “inappropriate behavior,” victims lack permission to discuss their experience at all.

The offensive and unworthy reporting in Kikar HaShabbat and Behadrei Haredim is further evidence that the ultra-Orthodox world — and perhaps the Orthodox world in general — needs journalism that does more than reinforce the community’s existing view of itself as a wholly righteous society. Regarding truth, self-criticism, and care for victims, Haredi sites and publications often fail miserably. They — and we — must do better.

About the Author
Rabbi Scott Kahn is the director of Jewish Coffee House (www.jewishcoffeehouse.com) and the host of several podcasts, including Orthodox Conundrum, Intimate Judaism, and Baseball Rabbi.
Comments