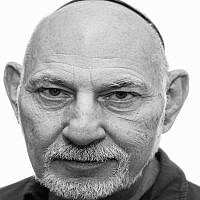 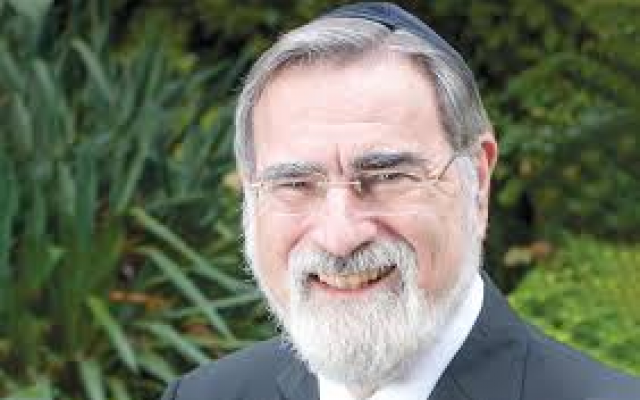 Some months ago while on a WhatsApp chat, my Australian Karate Sensei said something that I was unable to let go. His words were, “there is something going on in this world, I can’t really put my finger on it, but I am worried and so are my children”. Some weeks later, my brother gave me a book called “Morality” written by Rabbi Jonathan Sacks, one of the towering intellects of our modern age. In this book I found the answers for the concerns voiced by Sensei Keith.

The book is thought provoking and disturbing, it is a clarion call to get out there and fix what is broken! With that in mind, and in response to my brother’s message to me that I should “spread the message of morality” I wrote this blog.

Rabbi Sacks defines morality as “a concern for the welfare of others, an active commitment to justice and compassion, a willingness to ask not just what is good for me but what is good for all of us together. It is about us not me; about we not I”. Morality builds trust, it is the cement binding a functioning society together, it allows individuals and groups to interact without the fear of violence, betrayal, exploitation and deception. The core of the message from Rabbi Sacks is that the commonality brought about by a moral sense has been replaced by an obsession with self, our society is now all about Me.

The origins of the I as opposed to the We movement began in the 60’s and 70’s when the desire for self-esteem became the ruling obsession. Unfortunately, the pursuit of self-esteem has created a culture of narcissism encouraging aggressive behaviour, materialism, shallow values and a lack of caring for others. That is not to say that the capacity for self-help does not have its place, we should take responsibility for ourselves. But most of us need other people to make a qualitative difference to our lives, they guide, inspire, give hope; the sharing of experience facilitates a compassionate society.

This Me obsession has driven us to seek self-satisfaction by acquiring the myriad of products, experiences and services now available. It is a pursuit that can never bring satisfaction because the advertising barrage constantly thrown at us wherever we are demands a focus on what we don’t have, not on what we have. Rabbi Sacks observes cynically that happiness may be good for us, but it is bad for business!

What about the growing number of people within our western democracies whose livelihoods have been severely impacted by globalisation and the changes brought by technological innovation? This growing disaffected population group cannot acquire much of what advertisers are telling them is obligatory for a happy life. This plethora of unmet demands leaves people feeling betrayed by both political process and the politicians who are its voice. Their dissatisfaction turns to anger and spills over into violence against the democratic institutions they believe have failed them. Now comes the search for redemptive messiahs and they are found in the person of populist politicians both from the left and right of the political spectrum. Democracy and freedom become sacrificial lambs, discarded in the search for a golden age that never existed which populist leaders on the right are touting; or the utopia that can never be on sale by populist leaders on the left.

Disaffection breeds victimhood, a growing phenomenon. Rabbi Sacks explains that to avoid being trapped into this state your focus must be not what happened to you, but on who you are, and what you need to do in order to change your future. When victimhood becomes political the individuals so labelled cease to have control over their future, they are transported into the public arena and become a showpiece for whatever power group is using them to promote their cause. They are trapped into this state of victimhood until no longer needed then cast aside when their use by date is over.

Another consequence of this obsession with self is the conviction that since my opinion must be correct, yours is consequently wrong. This may be annoying in discussion at a personal level, but in the arena of academia it has the potential to destroy a pillar on which liberal democracies rest, the collaborative pursuit of truth. A university was a safe and protected space governed by intellectual ground rules where debate was civil and those with opposing views argued rationally and listened respectfully allowing their own perspectives to be tested against the carefully structured argument presented.  In many universities, including those in the elite category, this is no longer true as student bodies and administrations set up structures and processes to protect students from being exposed to views and opinions they may not be comfortable with. A ludicrous example mentioned by Rabbis Sacks is one where a student sought a university safe place because “I was feeling bombarded by a lot of viewpoints that really go against my dearly and closely held beliefs”.

And what about the pursuit of truth? The respect for truth has been replaced by what Rabbi Sacks calls the noise of social media, and the absence of any form of quality control on the internet. We are in an era of post truth where there are no longer truths only narratives; you accept or reject a particular narrative depending on your own belief structure or personal preference.

The giant social media platforms reinforce preconceived ideas of what their users perceive to be true and false. The algorithms pointing us to the information we seek and the people we want to connect with are designed to make us view the world as we already see it; to interact with people who view the world just like us; and to connect with the ideas and the individuals with opinions already in line with our own. This insidious invisible propaganda removes any potential for being exposed to alternate ideas and narratives, reinforces uninformed views, and traps us within a narrow experience universe. Rabbi Sacks calls this “narrowcasting” as opposed to “broadcasting”, where we are being trained to view the world the way other people like us to see it.

I have focused only on a small sample of the insights provided by Rabbi Sacks in this very important book. Hopefully this blog will stimulate those who read it to discuss the views expressed and to formulate their own opinions about the content. It is my sincere wish that everyone who does read it will take on some small project to reverse what is happening and restore morality into the interactions we have with our families, our friends, and the wider communities we live in.