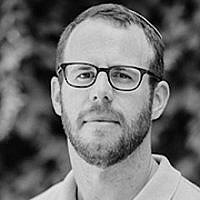 The Blogs
Joshua Seth Ladon
Apply for a Blog
Please note that the posts on The Blogs are contributed by third parties. The opinions, facts and any media content in them are presented solely by the authors, and neither The Times of Israel nor its partners assume any responsibility for them. Please contact us in case of abuse. In case of abuse,
Report this post.

On a trip home from Israel in my early twenties, I sat with my parents’ friends, a well-traveled, culturally Jewish couple, liberal in their politics. After describing their latest journey to some far-flung destination, they mentioned they had never been to Israel.

“You should really come,” I said.

Surprised by their reaction, I replied with an array of prefabricated reasons straight from the Ministry of Tourism. I appealed to their politics by speaking about the diversity, their sense of adventure by talking about hiking, and their appreciation for history by bringing up, well, the history.

None of these answers piqued their interest, nor did I truly answer their question. I was starting from the assumption that all Jews should automatically connect to Israel, and it was my job to find their avenue for connection.

But they were asking a much richer question: What is the purpose of Israel in my life as a Jew, fully integrated into American society?

I thought of this conversation when, years later, I was tasked with creating a high school course on Israel. By then, I understood that my role as an educator was to address deeper issues than simply connecting students’ existing interests with their Israeli manifestations. Rather, my course would revolve around the question, “What role could and should the State of Israel play in the story of the Jewish people?”

In this respect, I hoped to make explicit the often-implicit ideas and anxieties that exist under the surface about Diaspora and Zionism.

The class emanated from the idea that the creation of the Jewish state known as Israel in 1948 is a reality altering experience for all of world Jewry. My hope was to communicate that it does not matter where one stands politically, whether you are the wise son, the wicked son, or even the one who is not there: Israel’s existence affects all Jews.

It may save a Jew’s life, it may define the Jew, and it may implicate the Jew.

Moreover, in Israel’s coming to being, a host of new questions arose for Jews and the Jewish people. It requires Jews to investigate what it means to employ state power, to examine their relationship to the “other,” and to understand what it means to shift from being exclusively the minority to having a position of majority. And if this was the result of independence, the Six Day War only exacerbated the questions.

What enabled me as a teacher to translate these ideas that so many years earlier lacked clarity was my development of what Professor Lee Shulman calls, pedagogic content knowledge. Teachers need to be experts in their chosen content, but they also should have a set of skills which speaks to how they translate content for their students. He writes that teachers learn how to present “the most powerful analogies, illustrations, examples, explanations, and demonstrations – in a word, the ways of representing and formulating the subject that make it comprehensible to others.”

In becoming more fluid in representing and formulating a subject, one also hones in on the most distilled and important understandings to be drawn from this material.

At the top of that list would be a more dynamic and robust conversation about Israel.

Too often I encounter Jewish professionals with monolithic approaches to Israel, who speak with absolute certainty about the ways Israel should or should not figure into the lives of North American Jews. On the opposite side, I meet professionals who feel so uncomfortable or uncertain about their own views that they opt out of the conversation entirely. This seems problematic, because when we speak about Israel, we are really speaking about ourselves as North American Jews.

Israel becomes a proxy for a range of unarticulated understandings of Jewish peoplehood, nationalism, and power. When Jewish communal professionals have a greater sense of the possibilities that populate these subjects, then might the Jewish community be able to engage in constructive conversations about the type of Jewish community we strive to embody?

To this effect, the Shalom Hartman Institute of North America has designed four conferences to explore these central questions in service of strengthening the Jewish community’s capacity for robust discussion and investigation. The conferences aim to build spaces for Jewish professionals and lay leadership to delve into the rich questions that Israel begs of us today.

About the Author
Joshua Seth Ladon is Bay Area Manager for the Shalom Hartman Institute of North America and a doctoral student in Jewish Education at the Jewish Theological Seminary.
Comments