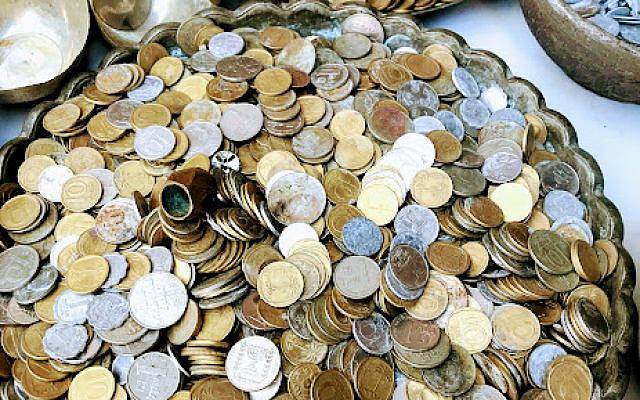 On Passover, as we have the Seders and read the Haggadah, you may want to consider that we ourselves can have an “inner Egyptian” (an arrogance and focus on worldly success), and much of this holiday is about remembering that G-d freed us from Egypt and that mindset, and that everything we are and have truly belongs to Him.

Money and success come and it goes. But as we learn on Passover, it comes from and goes to whomever G-d decrees! This is the meaning behind killing the Pascal lamb, which the Egyptians worshiped. It was an act of sacrifice by the Israelites as well as a demonstration that Hashem is in charge, and there is no other.

Imagine being the Egyptians of the day in 13th century BCE. They seemingly have it all. They are the Egyptian Empire, rulers of the known world. They survived the seven years of famine by stockpiling for seven years such an abundance that they can not only feed all of Egypt, but also the adjacent nations as well who traded away their wealth to the Egyptians so as not to starve to death in the famine. The Egyptians took in all the wealth of the world, but that was not enough, they also become the “masters” enslaving the Israelites, even though it was by Joseph correctly interpreting Pharaoh’s dream and then becoming the viceroy to him that saved Egypt to begin with. The “gratitude” the Egyptians showed were to become harsh taskmasters to the Israelites, to murder their male children throwing them into the Nile, and having the slaves build them great cities and pyramids. Egypt was the chic London and Paris of the times!

Then as we know, it all changes in the stroke of ten plagues. G-d is on the scene and He decides it’s time to free the Israelites. The Egyptians suffer complete devastation, including the death of their firstborn sons in the retribution from G-d, as they refuse the request to “let my people go!” On top of it, the Egyptians lose their accumulated wealth, handing it over willingly to the Israelites who are getting ready to leave:

“They asked the Egyptians for things made of silver and gold and for clothes. And the L-rd had given the people favor in the eyes of the Egyptians, so the Egyptians let them have whatever they asked for.” (Exodus 12:35-36)

So that’s the easy come, easy go! The Egyptians didn’t earn the riches, but built their wealth on the backs of the starving people of the world and of course that includes their Israelite slaves. As the Egyptians gloated on their arrogance, power and wealth, eventually the Master of the World showed them who is really boss. All the money, materialism, fancy titles, and honors are all just fleeting. In Hashem resides the glory and He has the say over who gets what and when.

To me the lesson of Passover is clear. Money, power, and honor are fleeting and “vanity of vanities,” as King David teaches in Ecclesiastes. G-d can bring mazel, blessings, and fortune or G-d forbid, He can decide to take it away. As we learn in the Talmud:

Everything is in the hands of Heaven, except the fear of Heaven.

Too often, people think it’s simply their “good genes,” high IQs, scintillating personalities, beautiful looks, and hard work that gets them where they are in life. They forget the words of prophet Zechariah (4:6)

Not by might nor by power, but by My Spirit, says the L-rd of hosts.

We know that the Israelites too made the mistake of worshiping “the golden calf,” and any of us can fall victim to our passions, desires, and unadulterated greed if we aren’t careful to keep what really matters front and center in our lives: our relationships, good deeds, kind words, and service to G-d. Haughtiness and materialism is so “old school” Egypt, and we need to move forward with winning the battle of good over evil, tikkun olam, and readying the world to usher in Mashiach.

G-d can redeem 600,000 men, women and children, and a large mixed multitude of people with them and very many flocks and cattle in the Exodus and to Him, it’s just another day on the throne of Heaven. In our own times, we have experienced a miraculous redemption from the death camps of Europe, and have returned like the Israelites to the Promised Land of Israel. G-d decides then and now what the plan is and how it unfolds, and everything we have is by G-d’s grace, and these are Seder lessons worthy of celebrating.