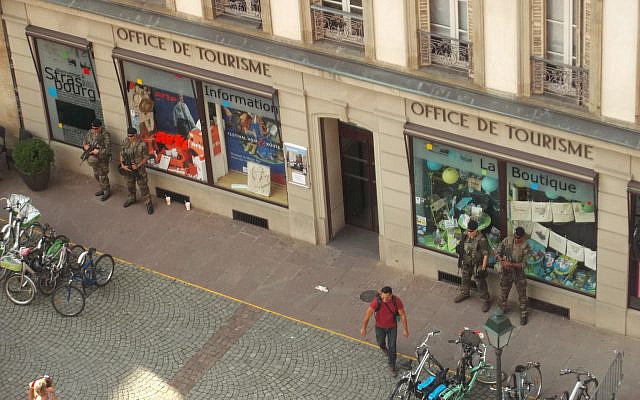 The US election has left some of us doubting what’s really important in this world. The voting process and the manners of some candidates has been beyond what’s acceptable, that has consumed the media for weeks now.

We have to remember who we are, where we live and where we all come from. You might be Italian, Ashkenazi, Muslim, Pakistani, Austrian, French, American or Russian. I understand why this election might be the most important since the last one of 2016, and even more important when looking back on the shifts in US politics which always has tremendous impact across the globe.

It’s easy to confirm that the US still is the powerhouse of this world, despite meager attempts by China and Russia.

Nevertheless, when we’ve been indulged, shocked, happy and overfed by the news reporting – it’s about time to get back to what’s important for us. The people.

Before and during the election campaign two despicable terror attacks occurred in Europe. In France and Austria. These were vicious deeds made in the name of a religion, Islam. Against other people who lived their lives in peace. One victim was beheaded. This happened in our backdoor while the race for US presidency was in full swing. News that usually would have made the headlines for days.

What scares me the most is that terror are taking place in our backdoor. What happens when it’s time for Berlin again? Or Stockholm? Or Paris which has suffered immensely? Europe isn’t prepared in the same way Israel is. It never will – and it has become a breeding ground for future terrorism with the Daesh-returnees coupled with ever-increasing radicalization. A polarization. Harsh words from major country leaders will hit back on the 99,98% of the peaceful Muslim immigrants in the EU.

It’s only about time when the next act of terror will take place. Somehow this has been forgotten during the ongoing pandemic as well. And it might be behind your back door – be it anywhere in the EU  UK, the US or Israel.

There is no excuse for terror, ever. The terrorists and extremists cheering on this evil deeds, while in the same time using the refuge and safety from war, social benefits as well as seeing the free countries as a place where every opportunity of prosperity is possible – still chooses the way of radicalization. The mechanisms behind radicalization and terror are quite simple – disintegration from society, poverty, lack of work and simply being stuck in ghettos where influential negative social impact is happening as we speak.

Terror is terror – wherever it happens. In Israel it’s used as a last resort of resistance according to the Palestinian terror organizations. Jewish terror in response is just as despicable. Because terror always involves civilian victims. This is not an excuse, but an over-simplified explanation model. Just look at Gaza – poverty, no education, a lack of basic goods as well as extremism showing its ugly face and hence promoting terror. And every Israeli response are used to pour water on the wheel.

What scares me is that terrorism is happening in Austria, France, Spain, the UK, Sweden and Germany – without any obvious reason.

This has to stop. We want to live in peace. We can always revise ourselves and do better – but it’s about time to stop the breeding grounds of terrorism. Religious schools, Nazism, Racism, radical preachers in all Abrahamic religions and sick sub-cultures which are developing and existing in these clusters.

This has to stop. We all have to do better. I despise of every root of these evil deeds. I don’t want my head chopped off when attending a funeral.