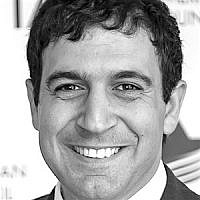 The Israeli American Council’s Mishelanu program (IAC Mishelanu) provides a unique venue for Israeli-American students to explore their distinct identity and build community among others with the same background. The program has experienced 100% growth since last year — doubling its number of participants and establishing a presence on 94 college campuses in 14 states. In honor of the 2nd Annual IAC Mishelanu National Conference, taking place at the end of this month, my February blogs will focus on this program. Below, I share some brief thoughts from four college students, written while participating in IAC Mishelanu’s Onward Israel program.

A “Sabra” through and through?

It’s been two weeks since we arrived in the homeland. The sun is as bright as ever, the skies are as clear as can be. I’m currently sprawled atop a couch on a roof. God knows where this thing has been or what it has seen—this and the rest of what furnishes the apartment. I’m sitting on the roof, alone. It’s quiet, aside from the birds in chorus, singing with the dusk.

So far, I’ve met some incredible people and reunited with some incredible hummus. I saw my sister for the first time in a year, settled into my internship, and attempted and failed at using public transportation every day thus far. It’s my first time in Israel with a program – not just family – and it’s making me feel whole in an entirely new way. IAC Mishelanu’s Onward Israel program is perfect for me.

My family moved to America when I was five years old, and I’ve turned out either too American or too Israeli depending on whom you ask. I know that real life in Israel is not just waking up and writing on the beach or reading at the Lechem Erez on Ben Yehuda. Real life in Israel, for me, is observing and dealing with my American identity and Israeli identity, the merging of the two, and the way they manifest themselves here.

In the two weeks I’ve been here I haven’t made a lot of progress… but I’ve learned to let go of so rigidly holding on to the idea I’m Sabra through and through—I’m not. I think that I never wanted to attribute part of myself to American culture before, as if it’s bad to be partially American. It’s not. It’s just another culture, and one to which I’m sure I don’t completely belong. But there’s a bit of it in me and by internally assuming one culture is inferior to the other, I’m saying one part of me is inferior to the other. And that’s stupid and ridiculous and also, just, you know, confusing. So there’s that.

I don’t want to make it seem like all I’ve been doing is sitting here on this slightly ant-filled roof and thinking about my culture identity, because that’s absolutely false. I’ve been thinking about it everywhere – between going to the beach and going out and seeing family and sitting on the roof with everyone until the wee hours of the night, singing along to “Golden Boy.”

It’s only been two weeks since we’ve arrived in the homeland. I’m sure I’ll learn more as I go.

The right path in my life

Going into this program, I had no idea what I would be getting, in terms of both work and friends. To make a long story short, I was not disappointed… everything was miles beyond my expectations!

At work I gained experiences in the lab that I would have never dreamed of having for many, many years. I am so grateful for that.

Now let’s talk about the squad… The people I met on the IAC Mishelanu Onward Israel trip are some of the most intelligent, amazing, incredible people that I could ever have had the pleasure of knowing. I’m so blessed to have new friends that I am sure I will keep for a long while and I’m so happy that I got to strengthen existing friendships that I already had coming into this program. The squad is like my family and I couldn’t imagine being here with anyone else but them.

All in all, IAC Mishelanu’s Onward Israel trip helped me to see that I’m on the right path in my life, and I also got to find amazing people who will support me along the way.

No escaping the heat unless you sleep on the AC unit

It has been a few weeks since I arrived in Israel and started my internship. I have grown to realize that while I do miss everyone from home, and my home itself, I also now know that I will never miss or love anyone as much as I love my dog. Kidding.

This IAC Mishelanu Onward Israel trip has reminded me of the many good things in Israel – the fact that people are encouraged to be passionate, and discouraged from being indifferent, and that friendships are quickly forged and last a long time. After spending time with my extended family here, I feel more connected to them now than I have the past 10 years of living abroad. I am truly enjoying my time here, and am excited to see what else the summer will bring!

Also, I was serious about the dog.

Being away from home is not something I am used to, but after just a few hours, the whole group felt like a giant family – something I believe is unique about Israelis. We were all speaking to each other as if we’d been friends for years, cooking family meals and hanging out all night. We are about halfway through with the trip, and honestly I think I speak for everyone when I say we don’t want to leave.

About the Author
Shoham Nicolet is the Founding Chief Executive Officer of the Israeli-American Council (IAC), the fastest-growing Jewish organization in the United States.
Comments