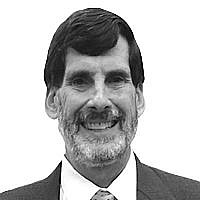 The Blogs
Michael Millenson
Apply for a Blog
Advertisement
Please note that the posts on The Blogs are contributed by third parties. The opinions, facts and any media content in them are presented solely by the authors, and neither The Times of Israel nor its partners assume any responsibility for them. Please contact us in case of abuse. In case of abuse,
Report this post. 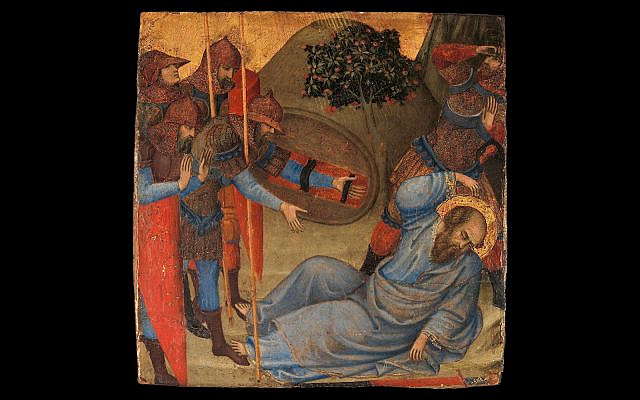 There’s a Christmastime question that’s always nagged at me: could we Jews have spared ourselves millennia of tsuris if Jesus and his followers had stayed Jewish?

Had Jesus lived in today’s Israel, would he be famous as the charismatic founder of a Modern Orthodox yeshiva? Or renowned as the Reform rabbi whose teachings turned Judaism into one of the world’s largest religions? Or perhaps he’d be revered as a Hasidic rebbe whose disciples regularly trekked to his tomb and prayed that he intercede with Heaven on their behalf.

In other words, maybe the real problem was that Jesus was ahead of his time.

“Jesus was not a Christian,” the eminent 19th-century German-Christian scholar Julius Wellhausen famously declared. The Jewish scholar and historian Joseph Klausner was equally emphatic that “it did not even enter the mind of Jesus to form a new religion and proclaim it outside of the Jewish nation.”

Nonetheless, in Wellhausen’s words, Jesus was telling “pious Jews” a different way to fulfill God’s will than what they’d learned from their “authoritative teachers.” In today’s Israel, one can easily imagine an outraged religious establishment reacting as furiously as their forbears. After all, that establishment characterizes even the modest kosher certification reform spearheaded by a Modern Orthodox prime minister as “a complete collapse of values.”

While that dire warning is dubious, there was an actual “collapse of values” around Jesus’s time and someone who took advantage of it. Facing what Klausner called a “weakening of the old truth” of the Roman polytheistic religion, a man whose impeccable credentials included both a secular Roman education and study at the Sanhedrin with the great Rabban Gamaliel saw opportunity. That man was Saul, described in apocryphal writing as essentially a short, balding Jewish guy with a unibrow.

While on the road to Damascus with a mandate to arrest Jesus’s followers, Saul receives a revelation that causes him to radically change course and accept Jesus as the Son of God. In that same revelation, God also gifts Saul with a great marketing plan for his new faith.

According to Saul, God tells him it’s OK to keep the Old Testament while discarding those 613 inconvenient commandments that have been causing potential Roman converts to hesitate. The result: same God, but no need to give up either your food or your foreskin!

Theological considerations aside, Saul – who starts using his Roman name, “Paul,” with gentiles – can be seen as a modernizer. Interestingly, his story in some ways parallels that of a much later Jewish modernizer with both a secular and traditional education, Abraham Geiger.

In the mid-19th century, there was another momentous “weakening of the old truth” as a new age of science and reason swept Europe. Jews by the droves were abandoning a faith whose “authoritative teachers” seemed increasingly out of touch. In response, Geiger proposed a series of steps to make Judaism “a religion of reason, science and aesthetics,” providing a path “to remain both modern and Jewish.”

Thus was born Reform Judaism, which initially insisted it was anchored firmly within halacha. Until, as with Saul/Paul, the anchor slipped away, albeit without the cover of divine direction and, crucially, without positing a completely new covenant.

Would Jewish unity have been saved if only Jesus had been proclaimed Israel’s first Reform rabbi? Might today’s 2.5 billion Christians instead be members of the World Union for Progressive Judaism? Alas, that seems a vain hope, given that an ultra-Orthodox Knesset member recently denounced Reform Judaism as a “new religion” seeking to “undermine the laws of Torah.”

But if not the first Reform rabbi, how about Jesus as the first Hasidic rebbe? Jesus and the Baal Shem Tov were both seen as miracle workers, and both emphasized the importance of joy in people’s relationship with God. Both also led a grassroots Jewish renewal movement opposed by the rabbinic establishment.

In that same vein, what about those Hasidim today who insist that their dead rebbe is merely biding his time until he returns as the Messiah? Why aren’t Chabad adherents who proclaim the late Rabbi Menachem Schneerson as the “rebbe moshiach” not immediately placed in herem by the Haredi rabbinate?

The answer, I think, lies in Judaism’s emphasis on actions over beliefs. Jesus’s followers acted on their belief that his Messianic status ushered in a world where the mitzvot no longer mattered. Not only did the followers of the Baal Shem Tov never make that claim, even the rebbe moshiach crowd continues to follow traditional “authoritative teachers” (in Wellhausen’s phrase), even as they await their late leader’s redemptive reappearance.

Perhaps just as importantly, while the Jesus believers were ardent proselytizers, the rebbe moshiach believers (and they appear to be a diminishing group) are not. Chabad operates more than 3,500 institutions in more than 100 nations and territories. If that extraordinary effort to provide a welcoming home for any and every Jew suddenly included an attempt to proclaim the rebbe moshiach a core principle of belief, it would provoke a firestorm across the Jewish world.

However fractious the Jewish State might appear, Jews remain not just members of a religious group, but part of a people with a deep sense of a common history and destiny. The dark turn that this history took following the death of Jesus makes one thing clear.

The man whose birth is celebrated at Christmas was Jewish, but the ideas he propounded provoked an irreparable break with Judaism. Saul/Paul may have initially seen himself as a Jew for Jesus, but in reality he was the first Christian.

About the Author
Michael L. Millenson has been active in the Jewish community his entire life and spent his junior year abroad at Hebrew University. A former Pulitzer Prize-nominated reporter for the Chicago Tribune, he has written on Jewish topics for outlets as diverse as Sh'ma, Present Tense, The Forward, the Chicago Jewish News and HuffPo. He lives with his family in Highland Park, Illinois.
Related Topics
Related Posts
Comments