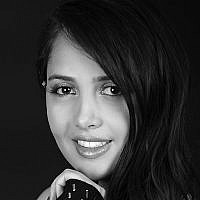 The Blogs
Ellie Kohan
Apply for a Blog
Please note that the posts on The Blogs are contributed by third parties. The opinions, facts and any media content in them are presented solely by the authors, and neither The Times of Israel nor its partners assume any responsibility for them. Please contact us in case of abuse. In case of abuse,
Report this post.

Only two weeks ago, I heard about the horrifying news of the downing of the Ukrainian jetliner by Iranian military forces, which led to the tragic demise of all 176 people on board. Two missiles were launched from a military base less than 30 seconds apart, mercilessly annihilating the hopes, dreams, and aspirations of both passengers and their bereaved loved ones. After a few days, when Ali Khamenei, the Iranian supreme leader, delivered a speech addressing the crash, he euphemistically and misleadingly referred to the downing as “ Human error.” I could not stop thinking about how the Iranian government should take responsibility for the horrendous strike, and how those in the chain of command for launching the missile should be held accountable.

The events in Iran also led me to ponder my own role and responsibility as an individual in a world afflicted with ubiquitous evil and injustice. I wondered, “What can I do to remedy the kind of injustice that had transpired and others that would follow in its aftermath?” “How can I sleep soundly knowing there is going to be a girl my age who lives in Iran, probably more educated and industrious in her daily life than I, who will confront harassment and even repression and persecution by the security forces for simply and peacefully protesting the supreme leader’s and the government’s nonchalant, irresponsible, and evasive response to the tragedy. The Iranian government has repeatedly proven itself willing to resort to ruthless violence against its own people in an attempt to retain its hold on power amidst questions of political legitimacy and economic turmoil under the international sanctions regime. Authoritarian regimes usually justify their violent response to public protests and demonstrations in terms of the need to maintain order and stability, as Iran’s government did in its recent crackdown of people protesting the sudden hike in gasoline prices. International human rights groups estimate that hundreds of civilians were killed amidst a news and internet blackout aimed at concealing the regime’s repressive misdeeds.

The plane crash had a profound impact on me personally and definitely influenced my outlook on life. In honor of those who have endured the loss of one or more family members – a son or daughter, husband or wife, mother or father, or dear friend, and in honor of those whose voice was extinguished in the fires of hell produced by the missile strikes, I have begun undertaking a few simple steps in my daily life and encourage others to do likewise so as to usher a better year for humanity in 2020.

NO MORE SELF-DOUBT, SELF-DEFEATING BEHAVIOR, OR SECOND GUESSING YOURSELF

Be confident and proud of who you are and stand up fearlessly for what you believe. Your dreams are real and certainly worthy, and you need sufficient confidence to reach them. Don’t denigrate yourself or send messages of self-deprecation. Question such detrimental self-talk and substitute more productive, self-affirming messages.

LOVE WITH ALL YOUR HEART AND SOUL

We can also do much more on the positive side to improve human relationships and enhance our collective quality of life. Express your positive feelings of love, affection, gratitude, sympathy, and generosity. Hug your loved ones a little tighter. Love hard and love with an understanding that you can evoke and nurture the best in others through the right attitude and approach. In a world beset by tragedy and violence, these steps on the micro-level can go far to strengthen us morally and emotionally while solidifying our bonds with one another.

About the Author
Ellie Kohan attended UCLA where she received her bachelors in political science , then went on to receive her doctorate. She is currently a pharmacist with her focus being on travel medicine and diabetes education. She is an advocate for human rights and advancement of medicine in the third world countries.
Related Topics
Related Posts
Comments