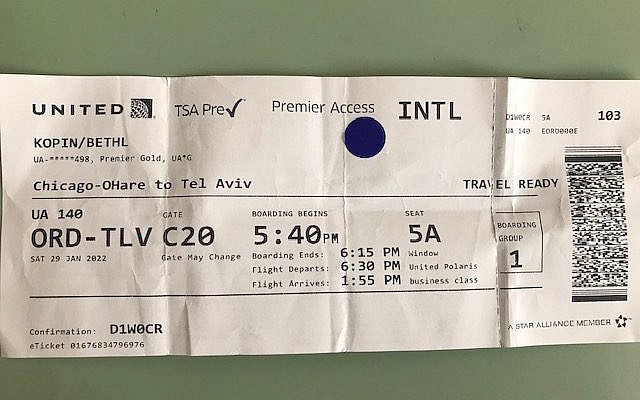 COVID hit the globe immediately upon my return from Israel to Chicago, two years ago in March. Then the world shut down. In an effort to keep Israeli citizens safe, Israel closed its borders to all non-citizens.

Its all about timing and the right papers/documents…

I had written two posts regarding the “Coveted Non Stop Chicago – Tel Aviv” Route. In my initial post I thanked ELAL (pre COVID) for restoring the route to our Chicago Community after more than twenty years. Later that year COVID hit, we were saddened but not shocked when ELAL Airlines cancelled the highly anticipated route after much fanfare. ELAL pulled out and the Israeli borders shut. We in the Diaspora felt abandoned.

In my second post I wrote about my delight in learning that in the midst of COVID, United Airlines literally swooped in and announced they were launching the non stop route. I pinched myself. I was puzzled, excited, terrified… Why would United launch the Chicago-Tel Aviv route during the COVID pandemic? Would they be able to fill the planes, making the route profitable? Most travelers were restricted from flying to Israel from the US, would United eventually cancel our coveted route? They took a calculated risk.

After several failed attempts to enter Israel, a window of opportunity finally arrived and we were allowed to enter Israel, to go home. With great excitement I booked my round trip ticket on United this past January to Israel. I had many tears flowing. Tears because I was once again permitted to enter our home and homeland, and tears when I saw I could book non stop.

We have been frequent fliers for the past eleven years since we bought our home in Jerusalem and this was the first time I did not have to route through Toronto, or Newark etc. The flying time from Chicago is approximately an hour longer but the connection always added a huge hassle and at least five hours to our journey.

When I saw the board by the gate with the ORD-TLV written on it I had tears. I boarded the plane sat in my seat heard the attendant announce the non stop flight over the intercom, I teared up again. I thanked the steward profusely, he was thrilled to hear how much I appreciated the route.

I asked him why I had to fly via Newark on the return in February. He laughed and told me why he thought it was cancelled, then I laughed. Shenanigans. The steward assured me by March the non stop would resume in both directions. No surprise when we landed in Tel Aviv I had tears, when I got to baggage claim I smiled.

But in life (especially in Israel) with every rule there are exceptions. Israel allowed tour groups, students and business folk to come and go relatively easily, and first degree relative connections with a bit of struggle. We are apparently “unique”. We did not fit into any of Israel’s categories, we are home owners. Thousands of Diaspora Jewish Families own homes throughout Israel. We could have quarantined in our homes until given permission to go out, yet we were not permitted to enter Israel. We are not yet citizens. Again we felt abandoned.

I was confronted with major plumbing (nightmare ) issues when I  finally returned home to our apartment in Jerusalem…I had to push my ticket back while repairing pipes. When I left I was able to hop on a nonstop Tel Aviv-Chicago flight in March. 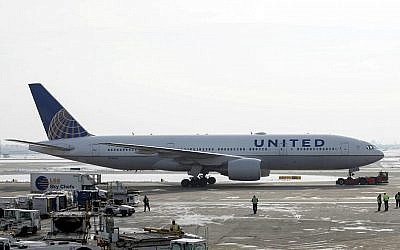 Thank you United for keeping your word.

United flew partially filled planes for the past two years knowing eventually Israel and the world would open the skies again. My flights were full. I was told that the planes usually are on this route. The crews are delighted and love this route. Thank you United for listening to and supporting your loyal Midwest customers and for being such a great friend to Israel. I would be remiss if I did not thank all the people involved in helping to get this route. You all know who you are.

These past two years when Seder concluded we said next year in Jerusalem, it was a pipe dream, I had tears. I’m hopping on a plane ORD-TLV after the seders, (chol hamoed), a miracle in itself. I could not miss being in Israel again celebrating her birth and manifested dream of our homeland. Chag sameach all…