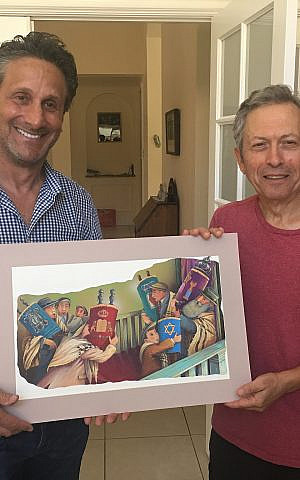 Marc Bennett (director and co-screenwriter) on left, Martin Lemelman (illustrator) on right. Holding an original illustration from the book. 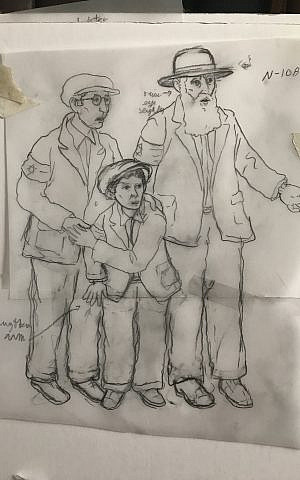 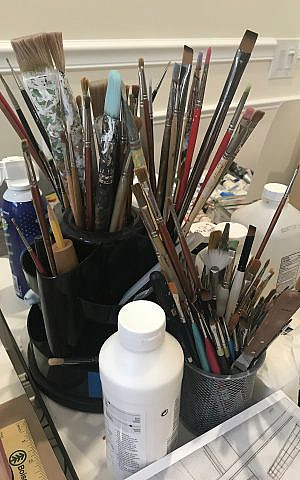 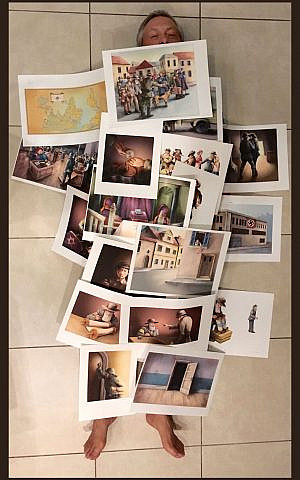 Martin having a moment of fun!

The Power of Creative Synergy

synergy: The interaction of two or more organizations or agents to produce a combined effect greater than the sum of their separate effects.

There is a sense of familiarity when the movie The Tattooed Torah opens. Our intention when creating the movie was to preserve the sacred look/brand of the book written by Marvell Ginsburg (my Mom), and its integrity. One of the ways we hoped to achieve that was by hiring Martin Lemelman the illustrator of the book to do all the additional renders for the movie. You decide.

How did I find Martin? An interesting/mystical story…Originally I considered translating the book into Hebrew and needed  copyrights for the story and artwork. I googled Martin. His contact info stated he was living in Pennsylvania. I called and left a message on his machine. He was in the process of moving to Florida and did not pick up his messages remotely. I had all but given up hope.

An hour after Mom passed (I was in Israel), I saw Martin’s name on caller ID. He had just returned to Pennsylvania and listened to my message. I got the chills and took his call. I told him Marvell had just passed. He said he was sorry. They never met.  We both understood they were eternally connected through the book. It was wonderful speaking with him, I felt a tie with Mom. He was intrigued about the Hebrew translation. He told me he had all the original artwork intact. A true miracle!

Shortly after my conversation with Martin I literally began dreaming about making the book into a movie. Marvell began working her magic. I loved the idea. How fun! Work in a new medium. Reach a wider audience. Again I called Martin, this time connecting immediately. I told him my project was going to take a radical turn, instead of being in print it would now be an animated film. I felt the illustrations had an animated quality, a natural fit for his art. He loved the idea!

We originally thought we would need a few additional illustrations for the expanded story line in animation. We needed background scenes, various angles of people etc., it ended up being 109. Each new scene required at least three days to create, some several weeks, taking two years to finalize. Martin picked up the project after a 25 year break then seamlessly wove the old and the new illustrations together. Martin always worked in book/print form, this was the first time his work has been digitized on screen. An incredible feat, a master.

Making a movie is a team effort and a meticulous process.

All team members were asked to check details. We needed to ensure the originals and additional illustrations stayed consistent throughout and true to the story. Our team is virtual. We live in Chicago/Jerusalem, LA, Boulder, Aspen, Delray Beach, and Nashville. We have flown all over the country/world working with various members of the team.

It’s all in the  details. Stay tuned…

Exciting note! We are in the JCC Chicago Jewish Festival on March 8, 2020 1:00 Evanston Theater. For those of you who missed us at the premiere here is your chance to catch us. See you at the movies!