Building the Team: #5-Marc Bennett (director, co-screenwriter, producer). I needed to pitch my idea (turning Mom’s book The Tattooed Torah into an animated film) to film makers. Through incredible networking I was able to speak with a few movie producers; two Hollywood insiders and a small indie film studio. I sent each one a copy of Mom’s book The Tattooed Torah and pdf of Brett’s screenplay. I wrote about Brett in column #4.

One Hollywood producer simply was not interested. The other said he would not touch the movie. It would be impossible to convince the decision makers to tackle an animation for children on the Holocaust, too controversial and not a money maker. The smaller studio was incredibly helpful but focused on documentary style filming.

I whispered my idea to a handful of people. One friend in particular shrieked said she grew up on that story, had no idea Marvell Ginsburg was my Mom and thought the movie would be a huge success. Her excitement was a catalyst.

I was at home on a freezing Chicago winter day when I got a call from her. She met a great guy, (an artist and filmmaker) Marc Bennett at the Moriah Art Fair. She said I should throw on jeans, bring a copy of Mom’s book and drive over to Moriah to meet Marc. I got off the sofa,  grabbed a book and got into the car. 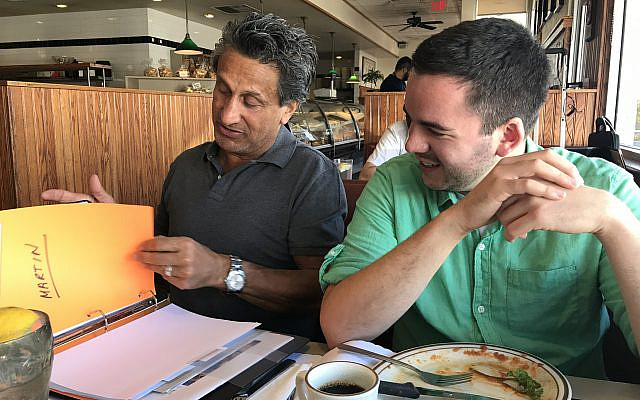 I walked in saw his artwork display and could see he was extremely talented. We were introduced and I pitched my idea. I showed him the book and sent him the pdf first draft screenplay written by Brett (my son and co-screenwriter). Marc flipped through the book and went crazy over the gorgeous artwork. He loved the three generational aspect to my project and said yes so fast I was stunned. 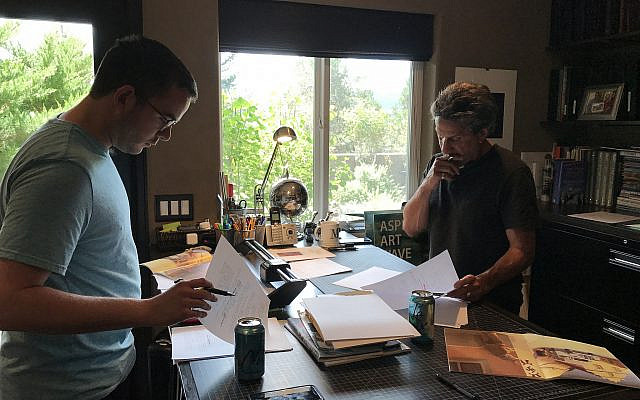 Working on the screenplay in Aspen

He listens to his inner voice, a kindred spirit! He loves being a filmmaker, and wanted to work in animation. A short film was something he could handle at the moment. He was promoting his Star Of David Project at the Moriah Art Fair and his art (starofdavidart.com), was a great tie in to our movie. I asked him to send his bio and some samples of his film work. 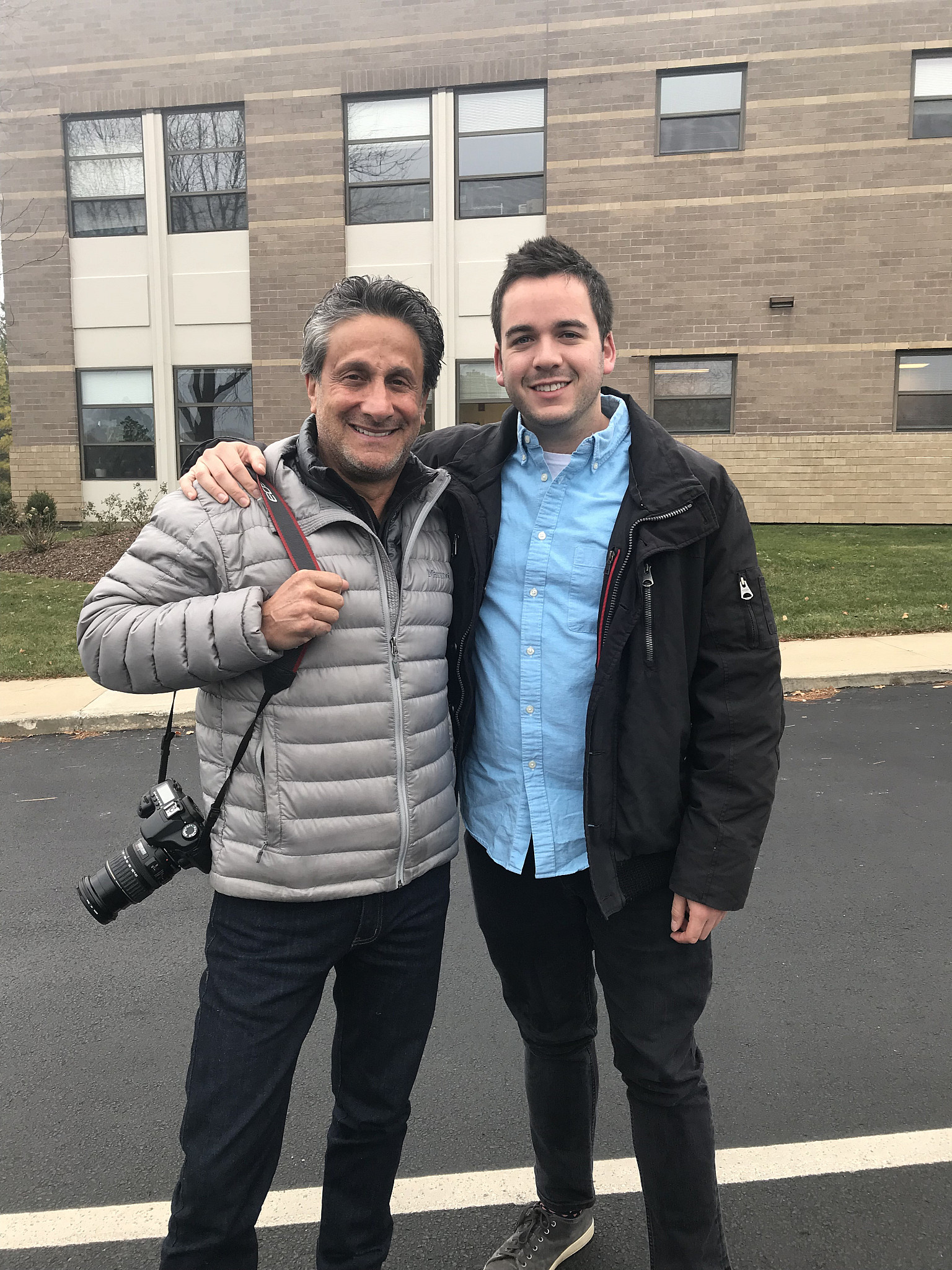 I acted as Brett’s agent. Marc had to give Brett a chance at being co-screenwriter. I assured him it was not a given, Brett had to prove himself. Marc was open to working with him and loved learning more about Judaism and the Holocaust from Brett (Rabbinical student). There is another important member on our team who helped create the story, Greg Ferkel (more on that next column). Marc and Brett spent months writing and revising the screenplay working in cities around the US and Israel. It has become a very special friendship. Marc is an extraordinary mentor. 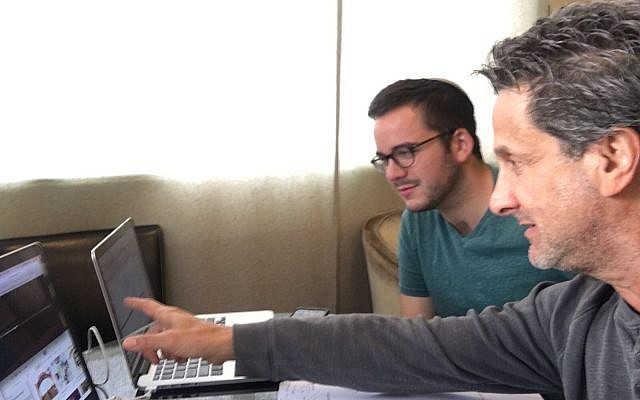 Marc wears many hats; director, co-screenwriter and producer. He collaborates and touches base constantly with all team members, making everyone on the team feel important and included. He has a roster of very cool people who all said yes to joining our team. We became a family. I’ve never experienced anything like this. This project has changed all our lives. Marc Bennet is a  master of his craft a great friend and a blessing.

When you are on the right path the universe paves the way. Stay tuned…

To view our trailer click on the Vimeo link above. We are currently in the Chicago Jewish Film Fest, March 8, 1:00 in Evanston (jccfilmfest.jccchicagofilmfest.org), Aspenshorts Fest, and Kidsfirst…See you at the movies!