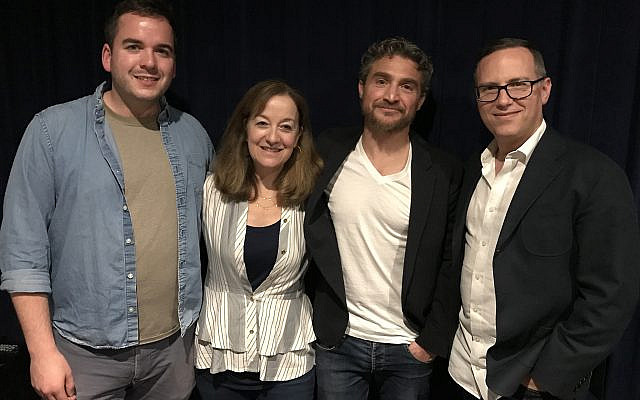 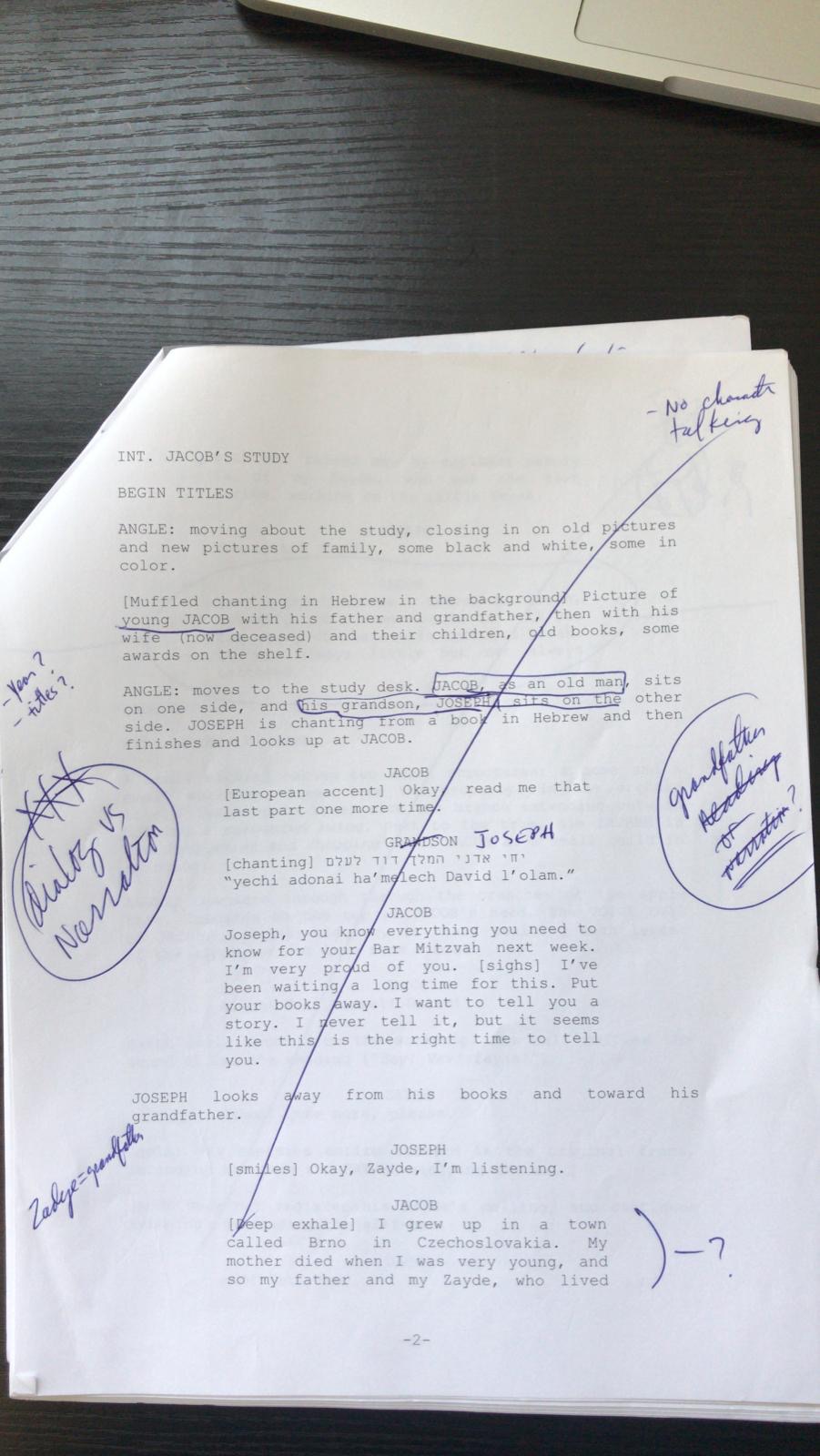 Original first draft of the script. You need to develop thick skin, ouch! 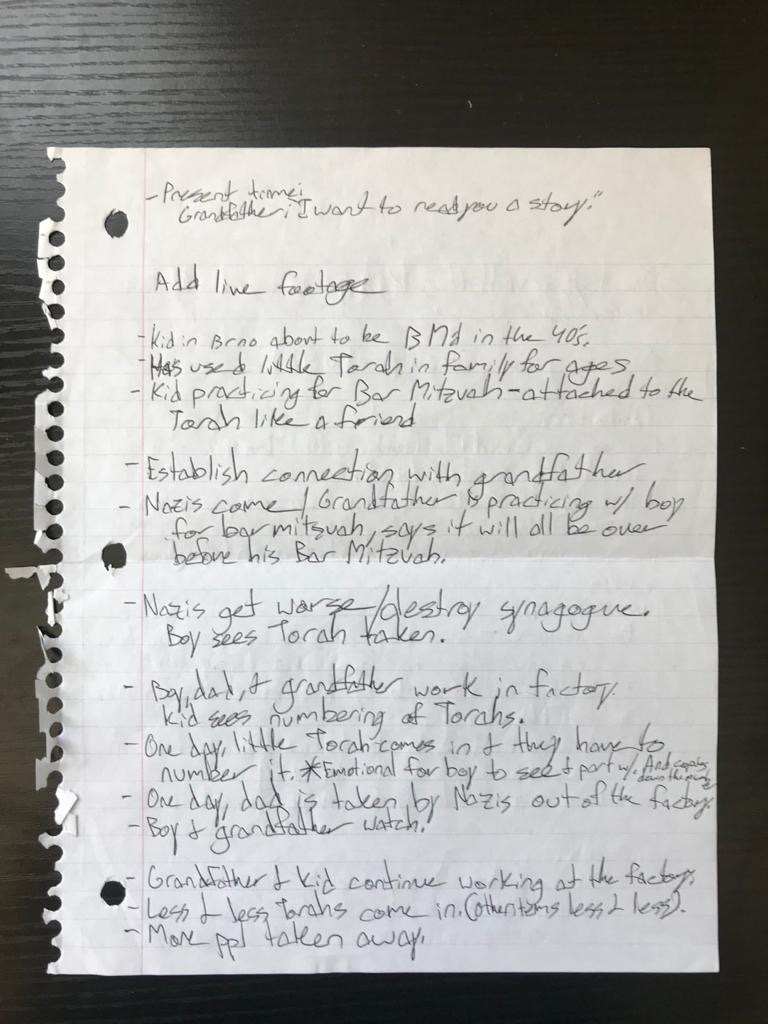 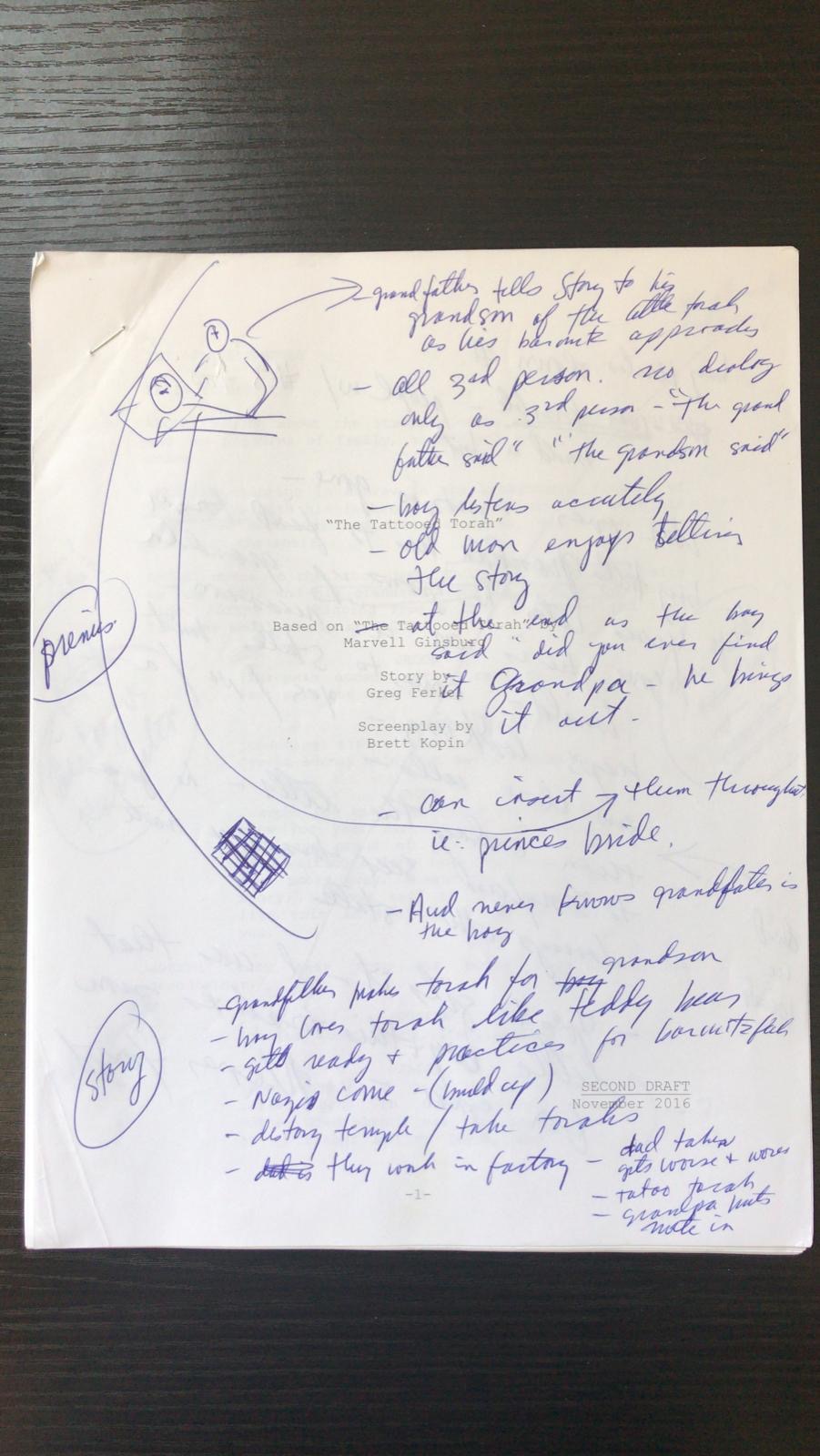 Continuing to build the team #6-Greg Ferkel (story writer). One of the most delightful aspects to creating a movie was getting to know extremely talented people outside of my circle/community. Having never produced a movie before I had no idea how many different types of skills/people you needed to produce a film. I love watching the credits roll, our 21 minute animation has quite the roster.

One category in particular I was clueless about was story writer. I thought my Mom (Marvell Ginsburg) and or the screenwriters were the story writers. Wrong! The story writer is the one who shapes the story line and edits the script with suggestions on where/how to take the story.

After I approached Marc Bennett (written about in post #5) he immediately called “several creatives“ to begin the process of assembling our team. One of the first people he called was Greg Ferkel, a seasoned story writer/screenwriter. Greg was busy on other projects but said he would guide/consult with us on the story line with edits and suggestions.

Both Greg and Marc felt the story would be enhanced by adding in more historically accurate details on the Holocaust, creating more drama, referred to as a three part dramatic structure. I was quite nervous at first and meditated on the issue of keeping the mission (using this film as an entry level educational tool) and feel of my Mom’s book The Tattooed Torah intact while expanding the story.

The first rule of being a good producer is trust the people on your team, let them lead the way. Magic always results.

No surprise they took Brett’s first draft screenplay (wrote about Brett in column #4) and diced it up. Luckily Brett was forewarned that it is typical for story writers to reject entire first drafts. Brett felt fortunate that only the first six pages were crossed out. Brett and Marc spent eight months writing and rewriting the script, continually sending it to Greg where he would cross out and suggest changes. Sometimes small tweaks on dialogue, on occasion an entire redirection of the story. You are never done editing a script. Even while recording Ed Asner’s voice we needed to make slight changes. In the film world often you are editing the film until it premieres and even after sometimes.

Greg and I (as all our team members) were connected to the film in a very intimate way. It was not until we finished that I met Greg for the first time at a screening of the film in LA. Thank you Greg for a job extremely well done, you are a master of your craft!

As of my last posting on the movie which was February (pre Covid), we have been accepted into 11 film festivals winning one. We have had screenings both live and virtual in the US, Israel, England, South Africa, soon Czech Republic, Sweden, and six Latin American countries. We have the movie translated into Spanish. Please feel free to reach out if you’d like to share our movie virtually with your community. Our website: thetattooedtorah.com is stunning please check it out!

I practice a daily ritual of transcendental meditation, one of my favorite concepts is stability. Being centered in the awareness that we are always floating in a sea of uncertainty. Therein lies true creativity!