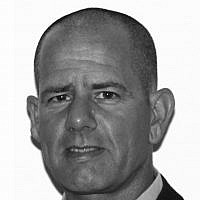 The Blogs
Amnon Beeri-Sulitzeanu
Apply for a Blog
Advertisement
Please note that the posts on The Blogs are contributed by third parties. The opinions, facts and any media content in them are presented solely by the authors, and neither The Times of Israel nor its partners assume any responsibility for them. Please contact us in case of abuse. In case of abuse,
Report this post.

One of the apparent motives behind the assassination of Prime Minister Yitzhak Rabin twenty years ago was to squelch the notion of political alliances between Israel’s Jewish and Arab citizens. The message couldn’t have been clearer: any political leader who dares form an alliance with Arab parties, particularly with the goal of promoting a two-state solution by compromising parts of Greater Israel, is liable to pay with his life.

From the establishment of Israel in 1948 through Rabin’s return to the prime minister’s office in 1992, no one sought the opinion of Israel’s 20 percent Arab citizens concerning matters large or small: how to develop the economy; whether and when to go to war; how to structure relations between religion and state; what should be taught in schools, and so forth. Even when it came to matters relating specifically to Israeli Arabs and their communities, opinions were still ignored and decisions were made by the Jewish political sovereign, as if Arabs were subjects rather than equal citizens.

Exclusion of Arabs in governing became routine, the default setting of Israeli politics, even if it was never explicitly declared as a policy. Much of the Jewish majority viewed (and continues to view) Israeli Arabs as occupying a status somewhere between second-class citizens and uninvited and ungrateful guests. The political culture of Israel’s Jewish majority discounts what Arabs have to say about national issues, since their positions can be assumed in advance to be against the public (i.e. the Jewish public) interest.

The Jewish majority expects gratitude from Arab Israelis for their citizenship – for the right to travel or drive, for schools and clinics in Arab communities, for the basic if imperfect protection of individual rights under the law. “They should thank us and keep quiet”; “They already enjoy better conditions than their cousins in the Arab states. Now they want to take part in decision making?! What chutzpah!”

Then, in 1992, Rabin returned to office along with a “subversive” idea: that a citizen is a citizen, without conditions. He established a de facto political partnership with the Arab political parties. Although those parties were not formally included as part of the governing coalition, they supported it from the other side of the aisle. This arrangement known as the “preventive block” enabled Rabin to pass the Oslo Accords in the Knesset. For the first time in Israel’s history, the Arab vote enjoyed real legitimacy and the Arab voter had a voice in shaping foreign and domestic policy. It was for this “crime” that Rabin paid with his life.

Although people often refer to Rabin’s second term as the “Golden Age” in relations between Arab citizens and the State of Israel, the truth is that even during this period Arabs enjoyed only limited political partnership. Government listened to the Arab leadership and engaged in dialogue regarding the needs of Arab towns and villages, and meaningful investments were made in community development and in narrowing socio-economic and infrastructure gaps. But the path to full participation in the governing coalition – which requires a seat at the table of those leading the country – was still not attained.

For the Israeli right wing though, the Oslo Accords were a wake-up call and the starting signal for a new campaign to oppose the legitimization of Arab involvement in shaping Israel’s future. Over the ensuing two decades, this campaign included the systematic denigration of the Arab political leadership. Arab politicians were accused of every imaginable political sin: failing to represent their own voters, aligning with extremist elements in the Arab world, seeking to undermine the foundations of the Jewish State, being obsessed solely with the occupation and the Israeli-Arab conflict while ignoring domestic affairs, and more. The purpose of the delegitimization campaign was crystal clear: to prevent any future chance for a political alliance with the Arab parties.

Unfortunately, this strategy has proven remarkably successful. While unsuccessful so far, demands for a Jewish majority vote, initially confined to “existential issues,” have gradually expanded to nearly every policy issue discussed in Israel. The Jewish public and its leaders – including even those from the center-left of the political spectrum – have internalized some of the anti-Arab propaganda. The ultimate manifestation of this is surely Yair Lapid’s miserable comment immediately after the last election: “We won’t form a parliamentary bloc with the Zoabis” (a reference to a particularly outspoken anti-Zionist Arab member of Knesset).

Today however, for the first time since Rabin, there is an opportunity to break the vicious cycle of exclusion. There are two reasons why this opportunity presents itself now. First, the antidemocratic extreme right, which sought to weaken the Arab presence in the Knesset by raising the electoral threshold, has ironically achieved the opposite result. In response to the higher entry requirement, the several Arab parties made a decision to run on one unified ticket, a move that has galvanized the Arab public.

As things look, the Arab voice in the Knesset could be strengthened significantly in the upcoming election. A survey commissioned by The Abraham Fund Initiatives predicts that unification will not only halt the recent pattern of declining Arab voter turnout, but could in fact lead to an increase of ten percentage points in Arab voting. If realized, this will significantly strengthen the Knesset representation of Israel’s Arab citizens.

Equally important, the Arab bloc is headed by a young new leader who has declared that his party will be seeking to have real influence in the political realm. Ayman Odeh’s rhetoric suggests that Arab political leaders will no longer confine themselves to the politics of reaction, protest and provocation. Instead, he seeks to encourage civil discourse and partnership, particularly in decisions relating to the Arab minority as a part of the Israeli collective, while continuing to seek recognition of national minority status for Israel’s Arab citizens, with collective as well as individual rights. Recent polls suggest that a large majority of the Arab public in Israel agrees.

Israel’s Arab citizens are ready and willing to play a meaningful role in helping shape the country’s future. Let’s hope that the March 17th elections will provide them with that opportunity.

About the Author
Amnon Beeri-Sulitzeanu is the Co-Executive Director of the Abraham Fund Initiatives, a non-governmental organization that works to advance coexistence, equality and cooperation between Israel's Jewish and Arab citizens
Comments