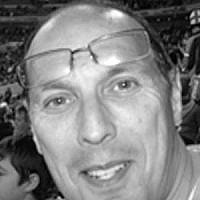 The Blogs
David Collier
Apply for a Blog
Please note that the posts on The Blogs are contributed by third parties. The opinions, facts and any media content in them are presented solely by the authors, and neither The Times of Israel nor its partners assume any responsibility for them. Please contact us in case of abuse. In case of abuse,
Report this post.

On Wednesday, 25 May 2016 I was at the University of Westminster campus in Marylebone to witness a fascinating exchange between Gideon Levy from Haaretz, Illan Pappe from the University of Exeter and Ruba Salih from SOAS. The discussion was organised by a group called ‘One Democratic State in Palestine’.

The banter between Pappe and Levy was entertaining, but I had heard nothing new, nothing special. Then, unexpectedly, towards the very end of the evening, there was a short exchange between Pappe and Salih. As I watched, I could not believe what unfolded. Only now has the video become available.


Pappe was discussing the lack of leadership displayed by the Arabs. I have seen him many times and he holds them in total contempt. As he was criticising their total lack of direction, Ruba Salih intervenes. The exchange goes like this:

Pappe then clearly wants to change the subject

The video should be bookmarked and referenced everytime anyone suggests BDS was a ‘call from Palestinian civil society’. The idea that the call came from within was famously debunked by Finklestein (see comment about 25 minutes into the video regarding the civil call), but until now there had been no admission from the anti Zionist camp that the entire pillar of BDS was based on a lie.

Now there is. With a single exchange, Illan Pappe, a master of illusion and deception, basically admits that BDS was created by external forces. Forces that were intent on destroying Israel. The Palestinians did not call for a boycott. BDS is therefore not a response to a non existent call. And therefore all the humanitarian left wing groups that have rallied behind the flag, followed Jew haters, communists and Islamists down a road that doesn’t actually care about the Arab civilians at all.

It is time to tear the entire movement down. The single ethical pillar that could have been used to support a boycott, despite all its other ethical failings, has turned out to be false.

It is also time to seriously question how a professor of history can openly suggest that what is deliberately included in the ‘historical records’ is based on political activism, despite knowing it is not the truth.

About the Author
David spent 19 years in Israel between 1987 and 2006; his journey being sandwiched between the 1st Intifada and the 2006 Lebanon war. Having originally arrived to do the ‘kibbutz thing’, he ended up with his own business, working on tourism related projects with Israelis and Palestinians, as well as providing services to NGO’s. He is currently studying Law in the UK.
Related Topics
Related Posts
Comments