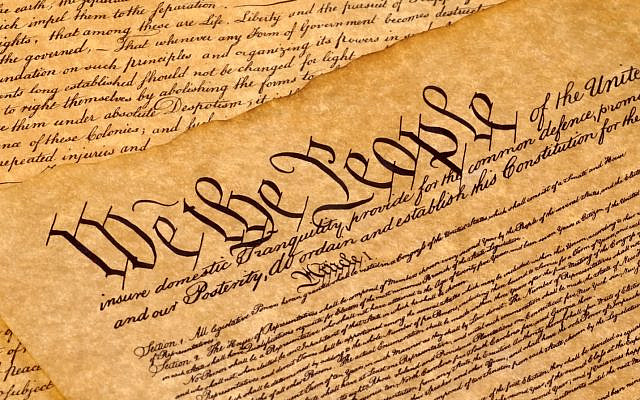 On this, the 246th anniversary of this nation’s founding, we have occasion to revisit the special connections that have bound Jews to the American story.

No doubt, Jewish Americans can take pride in their contributions to the history, culture and public discourse of this nation, As partners in this historic journey, Jews have not only redefined themselves in their roles as citizens but have also contributed to the growing of the American democratic enterprise.

Reflecting on History: There is nothing common or natural about the Jewish experience in America. Outside of the fact that the first Jews, those who came to this nation to help shape its beginnings, like their fellow citizens, were of European origin. They would have little in common with the other immigrant communities arriving here. Indeed, these first Jews were unfamiliar with democracy and had limited understanding of the social mores, economic options, and political values that would define this democratic experiment in living.

Elsewhere, I have written about “American Jewish Exceptionalism” and what that has meant for our community and this society.

Promoting Loyalty as Citizens: From the outset Jewish settlers demonstrated their patriotism. Americanism would become an integral part of what they would represent. The enduring mantra for American Jews has been a commitment to “give back.” This would be reflected in the service of Jews to this nation’s military, just as it can be documented in the significant presence of Jews in public service, the business and nonprofit sectors, and a broad spectrum of social and humanitarian causes.

Adapting as a Core Value: They came to understand that the art of adaptation would serve them well in being accepted by their fellow citizens. If this society was built on competition and competence, then it would be essential for Jews to demonstrate their creative energies and  flexibility to adjust to its dynamic culture in order to effectively participate and thrive in an environment that celebrated “life, liberty and the pursuit of happiness.”

Contributing to the American Story:

Jews would add their voice in celebrating these three American value-propositions:

Respect for Diversity: Recognizing from the outset that this is a nation of immigrants, Jews would join others in promoting and celebrating cultural pluralism and religious tolerance.

Promote a Civil Society: Jewish leaders would argue that in order for this democratic experiment to flourish, its citizens needed to be knowledgeable about the tenets of democracy, while remaining actively engaged in the work of the public square.

Advance the Social Order: From the outset Jews would set about the task of ensuring that all who are a part of this society ought to be the beneficiaries of the basic tenets of American democracy including religious liberty, economic opportunity, freedom of speech, and equal protection under the law.

Enhancing America: As individual citizens and as a community, Jews have made a significant contribution to this nation’s culture. Their extensive influence within the world of arts and letters, science, business, technology and medicine afforded them an opportunity to contribute to this country’s prominence through their gifts of innovation, invention, and information and in the process have contributed to remaking this nation economically and re-envisioning this society politically, while sustaining its core values.

Impacting this Society: Just as American Jews have contributed to the collective image of this country, they have been constantly renewing their own narrative, namely what it means to be an “American.” Their urban presence, in particular, would place Jews in relationship with every other major ethnic and religious tradition. These connections would prove vital to the community’s success, permitting Jews the opportunity to be exposed to many of the major cultural and ideological dimensions that have come to define this society.

Transparency would be essential in dispelling the historic myths and social misconceptions about Judaism and the Jewish people. Over time our communal practices, language and traditions became synonymous with the larger social culture. As Jews have moved into the national mainstream, they are often seen today as the proto-typical Americans.

End Notes: In this current corrosive political environment, Jews will once again need to demonstrate what citizenship requires. One needs to work at building and sustaining the American democratic experiment. The political enterprise demands knowledgeable, engaged participants, willing to speak out, in order to defend the institutions and ideals of this democracy, pushing back against those who would seek to marginalize and undermine the core institutions and values of this country.

About the Author
Steven Windmueller, Ph.D. is an Emeritus Professor of Jewish Communal Service at the Jack H. Skirball Campus of Hebrew Union College-Jewish Institute of Religion in Los Angeles. Prior to coming to HUC, Dr.Windmueller served for ten years as the JCRC Director of the LA Jewish Federation. Between 1973-1985, he was the director of the Greater Albany Jewish Federation (now the Federation of Northeastern New York). He began his career on the staff of the American Jewish Committtee. The author of four books and numerous articles, Steven Windmueller focuses his research and writings on Jewish political behavior, communal trends, and contemporary anti-Semitism.