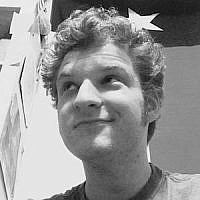 The Blogs
Jacob Sager
Apply for a Blog
Advertisement
Please note that the posts on The Blogs are contributed by third parties. The opinions, facts and any media content in them are presented solely by the authors, and neither The Times of Israel nor its partners assume any responsibility for them. Please contact us in case of abuse. In case of abuse,
Report this post. 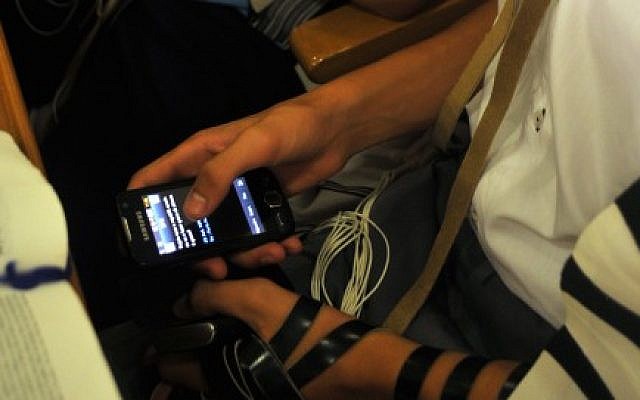 Young Jew plays on a cellphone in a synagogue during morning prayers. (Serge Attal/Flash90)

Last summer, when I purchased www.jew.camp it was serendipity. I didn’t even know “dot camp” domains existed and I had no good ideas about what to do with it at first. I was thinking of selling swag, or trying to auction it to some Jewish camp. You know, what people normally do with websites. When purchasing, my thought was better one of us own it than our enemies.

However, as time has emerged, I’ve been dedicated to do something powerful with this auspiciously familial domain name. So I looked around the web and took notes on what Jews and Jewish organizations were doing. And trust me, it’s a lot. From multi-user blogs to active social accounts with large audiences, Jewish Organizations do a lot. 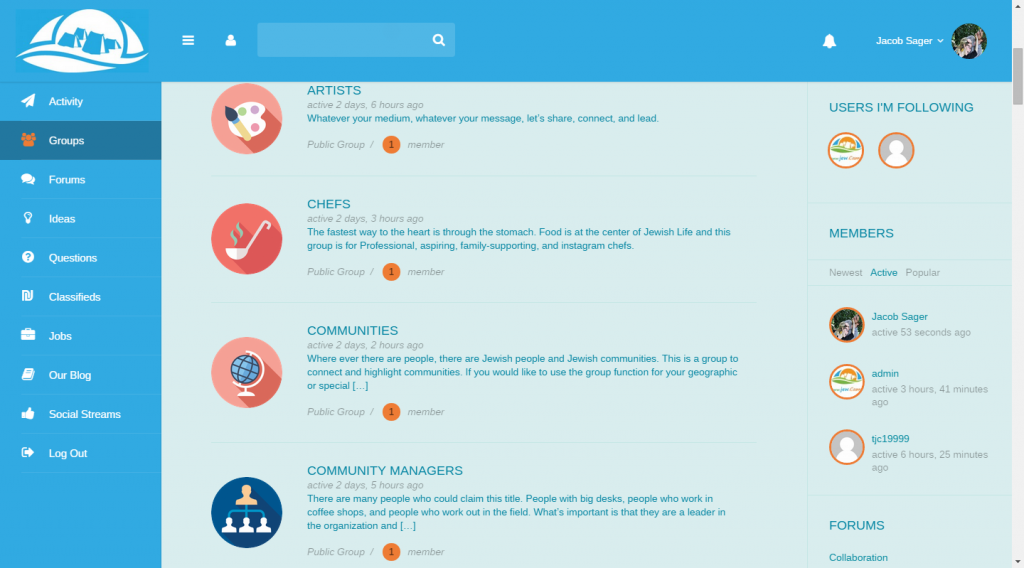 Unfortunately, it felt like there was no where to really share and connect. Times of Israel does a good job of creating a shared soapbox and JewSchool gives organizations and movements a place to broadcast. There were numerous “Jewish Social Networks” that had interesting features, but were underwhelming. 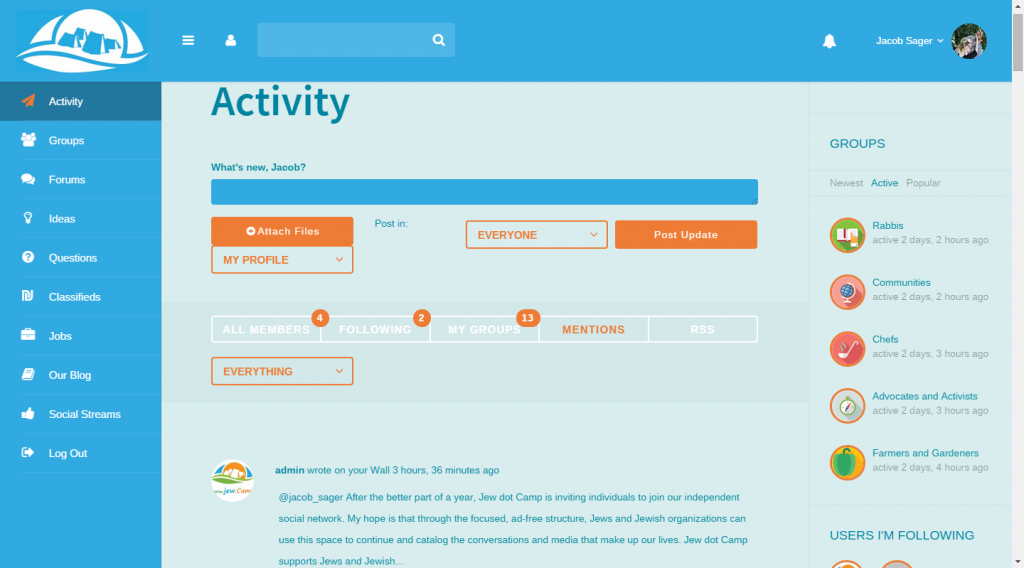 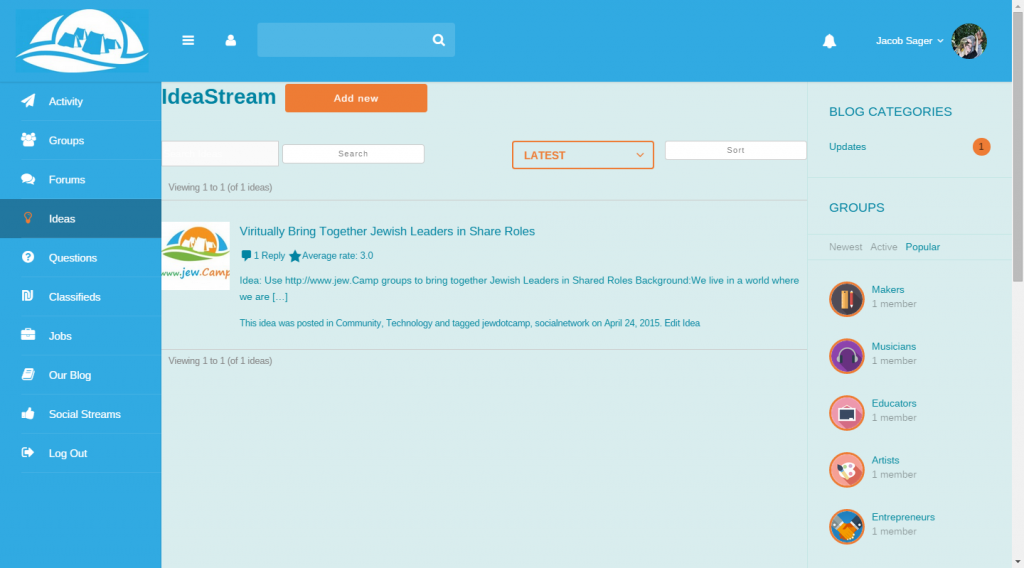 The network centers around activity streams and User Groups. Users can easily add links, files, pictures, and hashtags in private or public updates. Most interestingly, users can ask questions and rank ideas, publicly or within private groups. 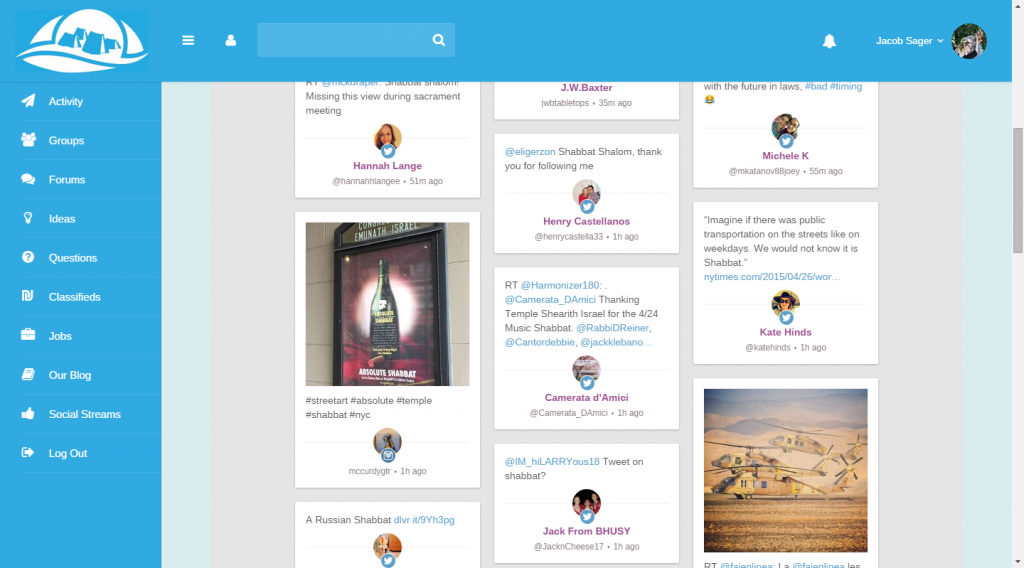 One of the exciting features are the social aggregation feeds which pull together posts from various networks around Jewish topics. 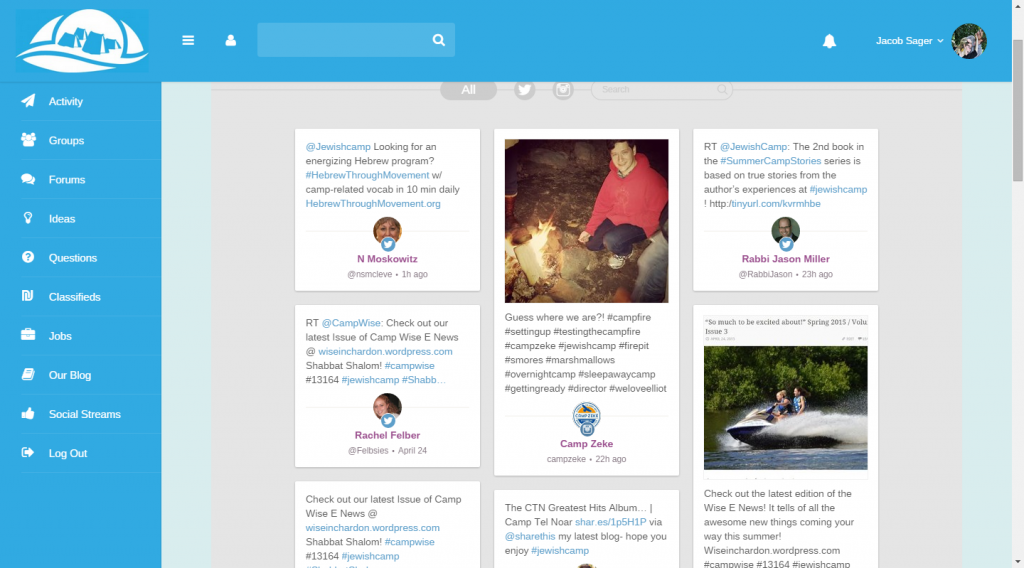 As this project unfolds, I want Jewish thought leaders to bring people into this platform for managing and directing the conversations that really matter in our communities.