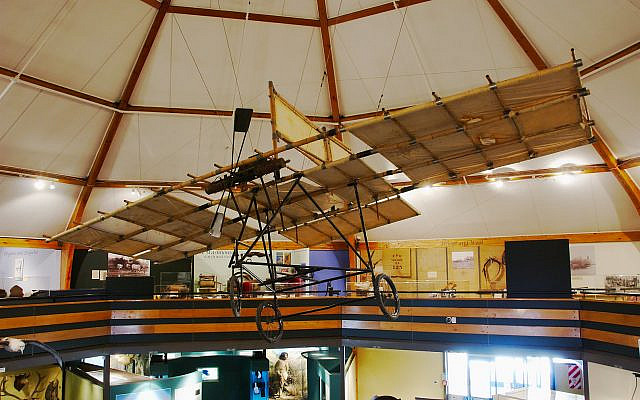 On Monday, the inaugural British attempt to send a rocket to space failed within a couple of hours after launch. In the words of Virgin Orbit, “It appears that LauncherOne has suffered an anomaly which will prevent us from making orbit for this mission.”

As disappointing as that failure was, it is incredible to think that it was only 120 years ago that the Wright Brothers successfully achieved the first powered, sustained and controlled flight for almost a minute at Kitty Hawk, North Carolina. Flight technology advanced so incredibly that within less than seven decades we could send humans to the moon.

Everyone knows that Wilbur Wright was the first to fly. But there were many others who made advances in early airplanes, even if they did not achieve the same level of fame. 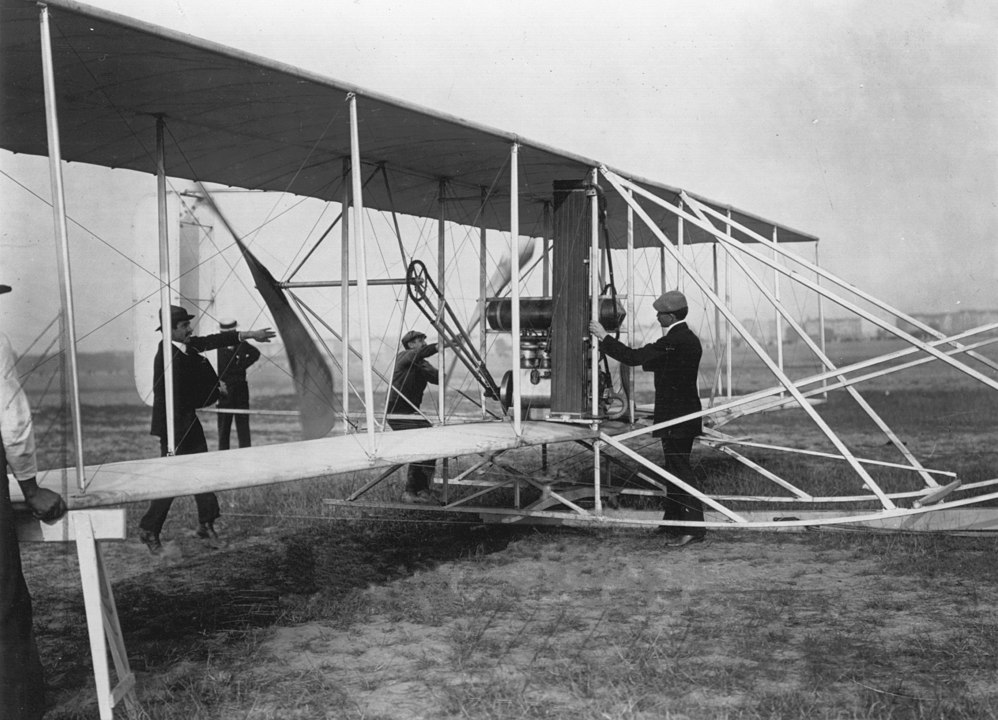 The Wilbur Wright himself said that Otto Lilienthal was, “without question the greatest of [our] precursors.” Perhaps Lilienthal would have built an airplane if he had not been killed in 1896, in a glider he had constructed (and in which he had previously flown more than 250 meters (800 feet)).

French Engineer Victor Tatin built the Aéroplane in 1879. It had twin propellors and flew 140 meters (460 feet) under its own power, but was not big enough to carry people. Brazilian inventor Alberto Santos-Dumont flew a powered airship around the Eiffel Tower in 1901. Emma Lilian Todd was the first woman to design an airplane, beginning in 1906 or even earlier. Her plane was successfully test piloted in 1910.

But I want to write about a New Zealander who may have actually got airborne a few months before the Wright Brothers. 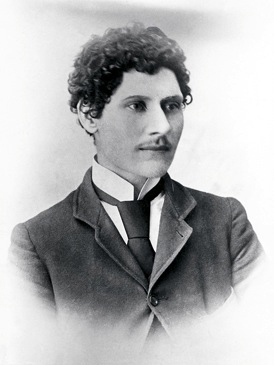 Pearse was born in Waitohi Flat, about 20 kilometers north of Timaru, in the Canterbury region of the South Island. Waitohi has a population of fewer than 2,000 people and is mainly famous as the place Pearse was born and flew his plane on March 31, 1903 (nine months before the Wright Brothers at Kitty Hawk).

There is considerable debate whether he actually got airborne first, or was only a close second, but he certainly developed his airplane technology entirely independently of Wilbur and Orville Wright.

While a student in Upper Waitohi School, Pearse invented a string-pull helicopter made from a tin can and a cotton reel. As he watched that small rotor fly away out of sight, he knew he had discovered his passion. In 1909, Pearse told the Timaru Post, “From the time I was quite a little chap, I had a great fancy for engineering, and when I was still quite a young man, I conceived the idea of inventing a flying machine.” 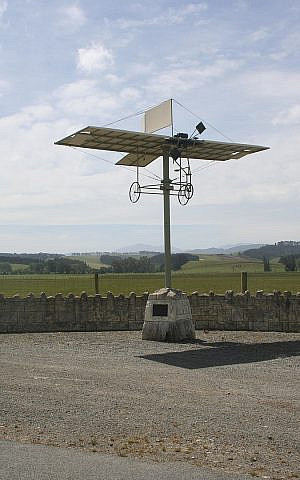 As the fourth of nine children to a farming family, Pearse did not have many options to further his formal education after high school. After his elder brother, Thomas, went to Edinburgh to study medicine, there was no money left for Richard to take up engineering, so instead, aged 21, he began keeping sheep on a 40 hectare (100 acre) farm that his father gave him.

However, the life of a sheep farmer also allowed him to create a workshop where he designed bicycles, airplanes and other contraptions for the next 13 years. On February 2, 1902, Pearse filed his first patent, for a bell-crank pedal-lever type bicycle with self-inflating tires. On the same day the patent was issued, Pearse made headlines in the newspaper by riding his bike to Temuka, and then again, the next day, when he rode it to Timaru.

There were no light powered engines available in the turn of the century South Island of New Zealand, so Pearse built his own – a two-cylinder oil engine. Then took a tricycle undercarriage, mounted fabric-covered bamboo wings on top and attached his engine. Then he took to the skies.

In a 1915 letter to the Christchurch Evening Star, Pearse gave Wilbur and Orville credit for being first, but also with several caveats:

The honour of inventing the aeroplane cannot be assigned wholly to one man; like most inventions, it is the product of many minds. After all, there is nothing that succeeds like success, and for this reason, pre-eminence will undoubtedly be given to the Wright Brothers, of America, as they were the first to make successful flights with a motor-driven aeroplane. At most, America can only claim to have originated the aeroplane. The honour of perfecting it and placing it on its current footing belongs to France.

In 1928, Pearse wrote a letter to the Christchurch Star describing his first flight:

At the trials it would start to rise off the ground when a speed of twenty miles an hour was attained. This speed was not sufficient to work the rudders, so, on account of its huge size and low speed, it was uncontrollable, and would spin round broadside on directly it left the ground. So I never flew with my first experimental ‘plane, but no one else did with their first for that matter.

In that letter, he says the flight took place in 1904, which means he did not claim to be the first to fly.

But my question is: How is it that humanity spent thousands of years dreaming of flight to virtually no success; and yet within the space of a year or two, several people independently built and flew airplanes?

I do not think it is coincidental that the Wright Brothers, Pearse, and many other early aviators began their engineering adventures by building bicycles. Maybe this is why Sir Richard Branson, head of Virgin Galactic, claimed to have ridden a bicycle to Spaceport America ahead of the launch of Virgin Galactic Unity 22.

Pearse himself touches on this in his 1915 letter:

In other words, the time was right for airplanes. The technological advances that led from bicycles to motor cars also led to flight. And perhaps psychologically, the bicycle, which allowed the rider to “fly” down the road to Timaru, also set people thinking about flying above the ground.

There is a sort of historical inevitability about certain inventions. The airplane probably could not have been invented a century earlier, but a decade later, everyone was doing it.

Isaiah Berlin gave a lecture at the London School of Economics on May 12, 1953, which was later published as a book entitled “Historical Inevitability.” In it, he argues against the idea proposed by Karl Marx that there are certain historical events that are inevitable. Berlin said that the principle of free will meant that history could not be deterministic or teleological.

However, Judaism (along with most religions) believes in a historic inevitability. There is a master plan, a narrative arc, a predefined endgame. Yet Judaism also believes in free will (it is implicit in one of Maimonides’ 13 Principles).

This is perhaps most explicitly stated in the Book of Esther, when Mordechai tells Esther that if she refuses to go to Ahasuerus, the Jews will be saved without her (Esther 4:14):

For if you remain silent at this time, salvation and delivery will come to the Jews from another place, but you and your father’s house will be destroyed.

It was inevitable that the Israelites would be freed from Egypt. God had promised their delivery to Abraham centuries earlier (Genesis 15:13-14):

Know that your children will be strangers in a land that is not theirs, and they will be enslaved and suffer for 400 years. But I will judge the nation that oppresses them and afterwards they will go out with great wealth.

The end result was predetermined. The only question was how the Israelites would be freed. And at the burning bush, Moses and God appear to have different plans. In Exodus 3, God says, “I will send you to Pharaoh and take out My people the Children of Israel from Egypt.”

Moses replied, “Who am I to go to Pharaoh. Can I take out Children of Israel from Egypt?”

God tried again. “I will be with you…”

However, Moses expects the exodus to come about as part of some popular uprising. “If I come to the Children of Israel and say to them, ‘The God of your fathers sent me to you,’ and they ask ‘What is His name’ – what should I say?”

God had not mentioned involving anyone else. It was to be a conversation between Moses and Pharaoh. But Moses did not want to go alone. God’s answer was, “I Shall Be That I Shall Be.” He said, “This is what you should tell the Children of Israel, “I Shall Be has sent me.”

Rashi explained that God gave two different versions of His name because Moses argued with him. I understand the divine message to be that the Israelites will leave Egypt regardless, because that is the Plan. But there are many ways that can occur.

Although God grew angry with Moses and punished him, he nevertheless let him try it his way.

God and Moses had a long discussion about the difficulty of convincing the Israelites to support Moses when he speaks to Pharaoh. And at first, it seemed that Moses’s plan worked. “The people believed, and they heard that God had remembered the Children of Israel, that He had seen their poverty, and they bowed and prostrated themselves,” (Exodus 4:31).

And yet, in chapter 5, when they go to speak to Pharaoh, it is not a popular uprising, but only Moses and his brother Aharon. And the Torah portion ends with Pharaoh imposing harsher decrees on the people, leading to the first complaints against Moses and Aharon.

Moses complained to God, “Since I came to Pharaoh, to speak in your name, things have become worse for this nation, and You have not saved Your people,” (Exodus 5:23).

With this declaration, Moses admits his plan didn’t work. And the portion begins ends with God telling Moses, “Now you shall see what I will do to Pharaoh,” (Exodus 6:1). We tried it your way Moses. Now we do it My way.

Historically, it was inevitable that the Israelites would leave Egypt. But the element of free choice allowed for several paths to achieve that goal. Perhaps if Moses had not argued with God at the burning bush, the affliction of the Israelites would not have become harsher.

It is futile to try and guess how things would have turned out if some small detail had changed. Would the history of flight have been different if Lilienthal had not died in a glider crash? How would the world have changed if Pearse was acknowledged as the first person to fly? Would history have been altered if Orville had won the coin toss and piloted the first flight instead of Wilbur? We can’t know. But it is safe to say that regardless of those details, airplanes would have been invented in the first decade of the 20th century. And that space flight would be a part of our lives now, 120 years later.

As believing Jews, we know that there is a Divine Plan, and that we have the free choice to work out how that plan plays out. The details can change, but the song remains the same.

My next class on WebYeshiva in the series entitled “20th Century Responsa” will be on January 17th. You can sign up on WebYeshiva. I’ve also started sharing more of my Torah thoughts on Facebook. Follow my page, Rabbi Sedley.

About the Author
David Sedley lives in Jerusalem with his wife and children. He has been at various times a teacher, translator, author, community rabbi, journalist and video producer. He currently teaches online at WebYeshiva. Born and bred in New Zealand, he is usually a Grinch, except when the All Blacks win. And he also plays a loud razzberry-colored electric guitar.
Related Topics
Related Posts
David Sedley