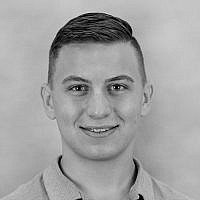 The Blogs
Noah Frydberg
Apply for a Blog
Advertisement
Please note that the posts on The Blogs are contributed by third parties. The opinions, facts and any media content in them are presented solely by the authors, and neither The Times of Israel nor its partners assume any responsibility for them. Please contact us in case of abuse. In case of abuse,
Report this post. 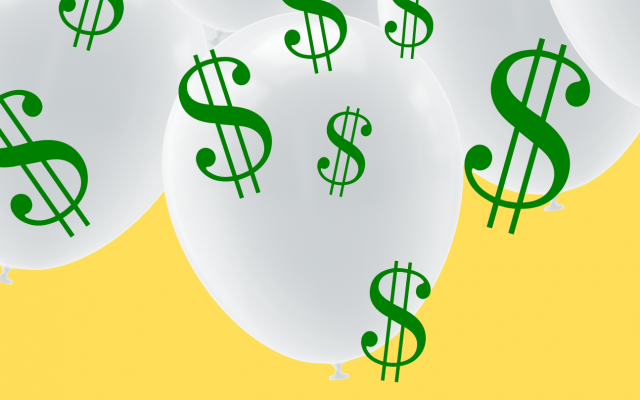 As of March 2022, inflation has become a major topic of discussion and controversy, both internationally and at home. Whether one is scrolling their news feed or filling their car up with gas, they will have noticed the effects of inflation on the economy. Now, inflation has exceeded a forty year high, with many wondering how much further inflation will rise. Some causes for rising inflation include the COVID-19 pandemic, as the supply chain was disrupted while demand surged and production costs rose dramatically. At this point, we can continue to expect higher gas prices and less value at the grocery store, until the Fed sets up interest rates that successfully slow down the impact of inflation. All in all, inflation has risen as COVID-19 and a variety of other factors have influenced Americans, and now we must wait and watch interest rates rise for inflation to fall.

While causes of inflation have been attributed to a number of different  theories, there are some causes that have been widely agreed upon by noted economists. For starters, it is widely agreed upon that inflation has risen dramatically as a result of supply chain issues, as the COVID-19 pandemic caused consumers to cease spending money on most services. Instead, these consumers have spent far more money on products to do these services at home, or make their home more comfortable. This can be seen clearly with the rise in spending on beauty and home products in 2020, something the author knows too much about as he has marketed these types of products over the internet. Of course, the stimulus bills only exacerbated these effects, as fattened consumer wallets led to even more spending and demand on (primarily) overseas- manufactured products. As American economist Dean Baker put it, “while the stimulus has had a positive effect on the economy, it came as the pandemic drove people to buy products rather than services. Those purchases of couches, cars, refrigerators and other items came as the country’s supply chain remained beleaguered, which drove up demand.” Thus, as demand has increased and supply was down due to supply chain issues and production costs, the only way inflation could go was up. Another way that inflation has risen has been through consumer psychology, as rumors of inflation have driven mild panic and caused many Americans to attempt to have their salaries increased. And while this certainly cannot have been a primary cause of inflation, it is logical to give it some consideration as a factor of the increase. One of the most controversial aspects of the dialogue on inflation today has been President Biden’s role in this issue. Of course, Biden cannot influence the Federal Reserve very much, so to say he caused this issue would be quite foolish. However, the real question arises when one considers whether the $1.9 trillion American Rescue Plan Act of 2021, instituted by President Biden, contributed to today’s currently record high levels of inflation. And while there are some experts that argue the Biden Administration overheated the economy while it was already bouncing back, it is quite debated among experts. In defense of the Biden Administration, it is probable that the relief didn’t have a major contribution to raising inflation, as countries such as Germany and the E.U. have also seen higher inflation rates without government stimulus. According to economist David Wessel, “There’s a confluence of factors — it’s both… There’s a lot of things that pushed up demand and a lot that’s kept supply from responding accordingly, as a result we have inflation.”  However, it is certain that the other issues including supply-chain and corporations driving up prices have played a huge role in growing inflation.

Although inflation rates have risen in countries worldwide, the United States has still seen one of the highest rates of increase in inflation. In the U.S, the Consumer Price Index rose 6.8% between November 2020 and November 2021, due to dramatically increased prices for groceries, gas and housing. As mentioned earlier, this is the highest it has been since 1982. Pictures of the final bill at the gas station have gone viral, as Americans grapple with sky-high gas prices, added on to the fact that their money is worth less than in recent years. A major effect of current inflation levels has been a low approval rating for President Biden, as he and the Democratic party faced blame from many Republicans for fueling the surge. If inflation levels continue to stay high, it is likely that Biden’s chances for winning the next election could be in doubt. Inflation will be slowed through the Federal Reserve utilizing its power to increase interest rates, a process that will go into effect from now throughout the following 1-3 years till inflation gets back into order. However, the fear still exists that this could be too little, too late; or even cause a recession. In conclusion, inflation may be having a devastating impact on many Americans as their basic necessities are pricier, however, it can be expected for this problem to recede in the next few years.

Inflation’s rates in the United States today are staggering. Although I do not believe that President Biden is at fault for inflation’s record highs, I think that the government must do more as a whole to help fight inflation; as is their duty. For starters, the U.S. government must do more to utilize price and wage controls, in a measured way, to fight inflation while reducing the number of job losses necessary to execute this. Additionally, I wish that the government would do more to decrease the bond prices, as this in addition to increasing interest rates would successfully reduce the amount of money in the economy. Besides the obvious ways the government and the Fed can work to reduce inflation, there is a simple way that perhaps the government has not considered recently, and that is to control the COVID pandemic. If the government were to help influence Americans to be more cautious about COVID through using public health measures, inflation would also be reduced through a reduction of the labor shortage. Finally, I believe that the government can and should be doing more to aid in relieving the burden of inflation from the American people.

As inflation increases, so does controversy and confusion surrounding it. The current inflation has been caused by an amalgamation of factors, however the disrupted supply chain has likely contributed to this issue most. As a result of record-high inflation rates, Americans have experienced high prices on their gasoline and other necessities. In the future, we can expect inflation to be curbed by increased interest rates. However, in my opinion, I believe that the government ought to do more to help lower inflation.

About the Author
Noah Frydberg (@noahfrydberg) is an online entrepreneur and high school student.
Comments