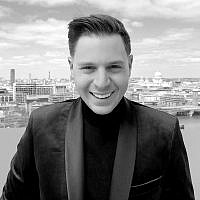 The Blogs
Joshua Rom
Apply for a Blog
Please note that the posts on The Blogs are contributed by third parties. The opinions, facts and any media content in them are presented solely by the authors, and neither The Times of Israel nor its partners assume any responsibility for them. Please contact us in case of abuse. In case of abuse,
Report this post. 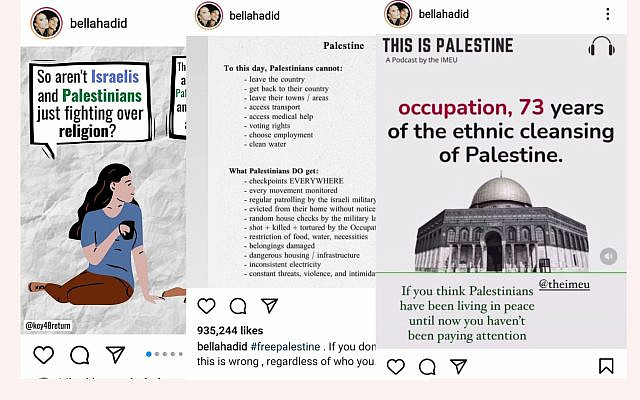 Academics who have rigorously studied to become specialists in Middle Eastern Politics, who have spent years reading up every detail about the peace process, collecting unbiased information still struggle to get their heads around the facts of the Israel/Palestine conflict.

Yet, influencers on social media feel that they can look at one eye catching graphic or a distressing video and impart definite judgements to their followers. Whenever there have been crises in Israel involving Palestinians and Israeli Arabs, there is the usual debate that happens between commentators online where people share articles from various newspapers and broadcast sites claiming all different sources. This time though, it seems different.

It is impossible to get all the information from a decade long conflict into a 1080 pixel square, but yet, on sites like Instagram we are seeing influencers likes Gigi & Bella Hadid amongst others post infographics to their tens of millions of eager followers, sprouting language about human rights abuses and ethnic cleansing whilst imploring their followers to act, saying; “History has told us to speak up. You are either in the right side or you are not. It’s that simple”. So according to Supermodel turned apparent Middle East expert Bella Hadid, it’s simply Oppressor Vs the Oppressed, Israel Vs Palestine, Jews Vs Muslims etc and it really is simple.

No spectrum or debate whatsoever.

Anything going against the narrative and you face online cancellation and according to Bella Hadid and other influencers, you are either on the right side of history or not, aka Israel is a colonialist, racist apartheid state, and if you do support Israel, then you cannot sympathise with the Palestinian suffering whatsoever and you are a bad person.

Simple facts such as the blockade of Gaza also being imposed by Egypt or the fact there are Arabs in the Knesset or the fact that Arabic is Israel’s second language and that there are plenty of mixed communities in the country living in harmony are going completely a miss. Or the fact that the Iron Dome is protecting Israeli citizens against an unprecedented threat that can be likened to the blitz in World War Two. But because of such little casualties on the Israeli side, it will always look like a disparity.

Nor even the fact that this escalation is the result of extremists on both sides of the table and that they do not represent the interests or feelings of the average citizen. I could go on and on, but the point is, there is so much Nuance to this conflict and the complexities of the issues struggle to be explained simply even in debate, let alone on social media. 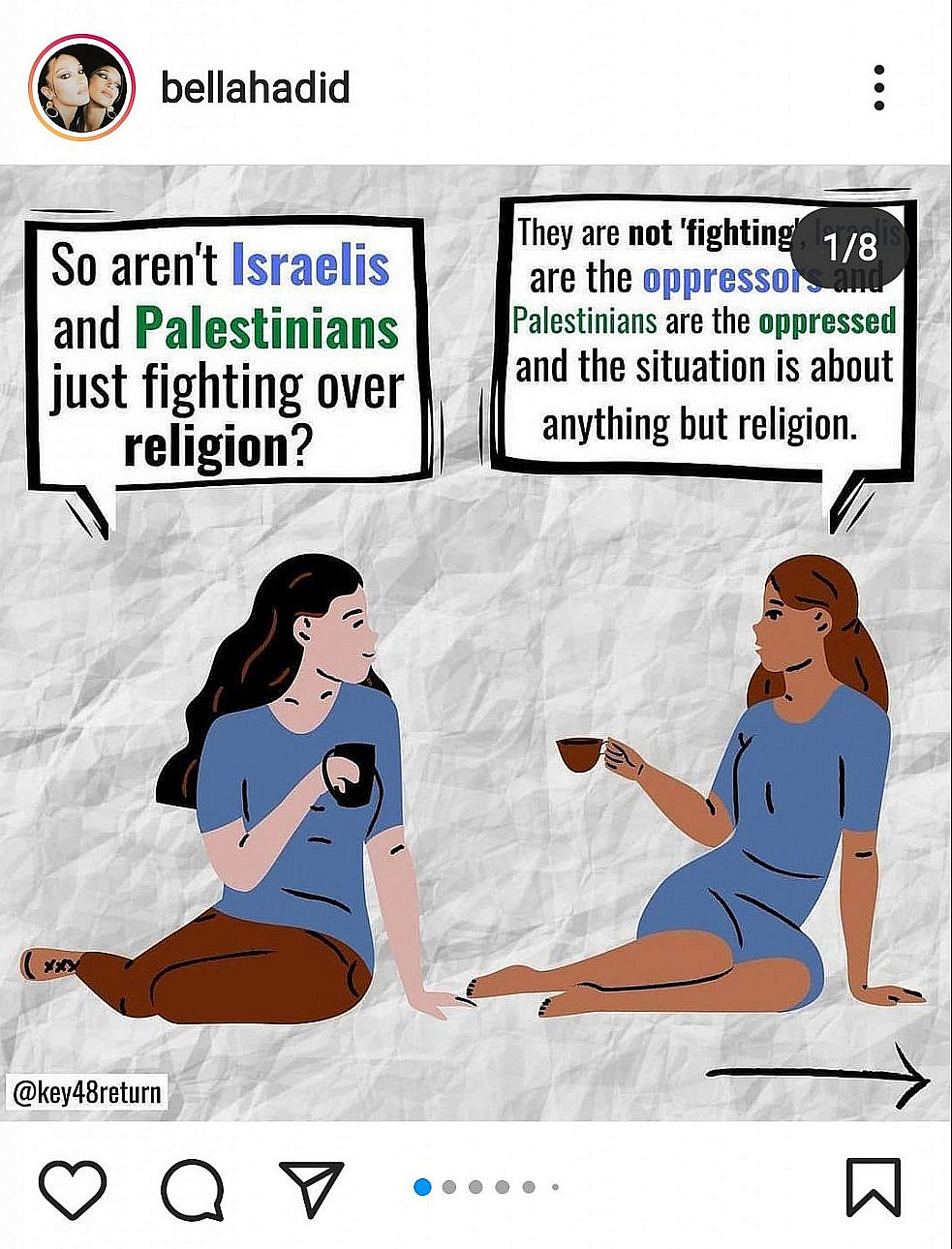 The fact is, some of these facts are not known to people sharing material and events are regularly misreported or reported without proper explanation. However that doesn’t stop people from sharing and re-posting only one side of the table.

Whilst people cannot possibly be expected to know the full complexities of the relation between Judaism and Zionism (even a lot of Jewish people even struggle to explain this and get our heads round those debates), as such people don’t know how to filter information they receive, and are thus sharing posts with subtle anti-Semitic undertones without even knowing it.

So to Bella and the influencers of Instagram, I’ll tell you what is simple … Nuance is dying in front of our eyes. Neither side are without fault, but yet on social media, the assets that are being shared try to simplify the complex problems or worse, they only show one side of the table in a very inflammatory way to force people to choose one side or the other.

So many people within the young Jewish community on social media, after seeing all these posts, feel as though they have to explain context, or stand up for Israel, or they feel as though they are being forced into a box to agree with every single action of the Israeli government. If they are seen to support Israel in any way, these influencers and the tunnel vision narrative that’s being built would call them inhumane. That is antisemitism unravelling before our eyes.

About the Author
Josh is a freelance entertainment journalist based in London. He has covered major events in the showbiz industry and has interviewed an array of the biggest names in Hollywood including Renée Zellweger, Keira Knightley, Samuel L, Jackson and is a regular on networks such as talkRADIO, BBC News, Sky News and Channel 5. However he is also passionate about issues relating to the young British Jewish community.
Comments